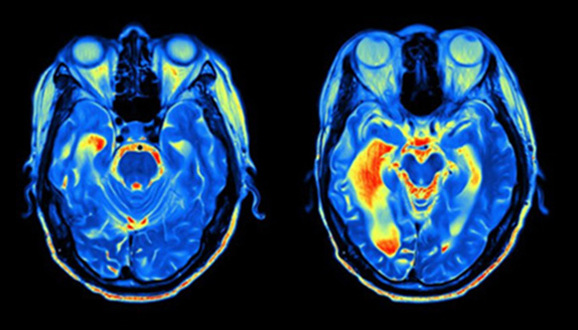 The human brain – even with the tremendous leaps in science and medicine – remains largely a mystery. Neuroscientists barely comprehend which hemispheres of the brain control which functions of the human body and what causes some of the most common disease like Alzheimer’s.

The amount of false information on the brain and how it works could literally reach the moon and back laid-out on stationary paper and stacked. We do know, however, that there are exercises that can sharpen the human mind.

Now, according to new research published in the journal Frontiers in Aging Neuroscience, there could be another way of keeping human brains youthful.

Jeanyung Chey, a researcher at Seoul National University in Korea, decided to investigate the link between subjective and real brain age. She and a team recruited from her University 68 healthy people aged 59 to 84 years and performed MRI brain scans to analyze the amount of grey matter in different areas.

The participants also completed a questionnaire about how old they were and whether they felt older or younger; their cognitive abilities and perceived health was also assessed.

The people who said they felt younger than their age were more likely to get a better score on a memory test. Also, they appeared to consider themselves healthier, and were less likely to be depressed.

It wasn't just down to performance, as those who felt younger also had increased grey matter volume in the inferior frontal gyrus and the superior temporal gyrus – areas associated with language, speech, and sound.

"We found that people who feel younger have the structural characteristics of a younger brain," Chey said in a statement.

"Importantly, this difference remains robust even when other possible factors, including personality, subjective health, depressive symptoms, or cognitive functions are accounted for."

The researchers don't know for sure whether younger brain characteristics are responsible for someone's subjective age or not, but they think those who feel older may be more aware of the aging process of their brains.

Another possible explanation is people who feel younger engage in more physical and mental activity and lead a generally more stimulating life, which improves their brain health.

Those who feel older may have resigned themselves to their age and stopped being so agile and spritely, which impacts their cognitive abilities. According to Chey…

"If somebody feels older than their age, it could be a sign for them to evaluate their lifestyle, habits, and activities that could contribute to brain aging and take measures to better care for their brain health."