At least 30 Countries Have Yet To Vaccinate Even One Person. 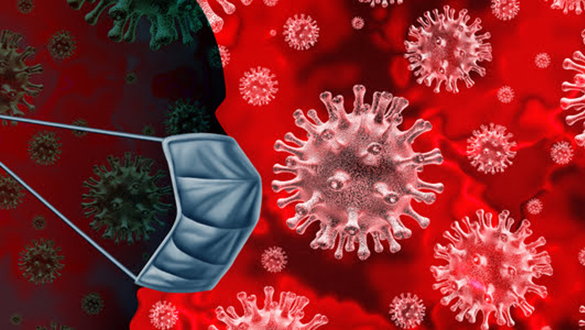 Poor countries are being left behind in COVID-19 vaccine distribution leading to an unacceptable global disaster.

On January 20, 2021, about four weeks since the first American was immunized against the coronavirus, almost 6 million people have taken one of the vaccines, which was reported well short of the 20 million goal established by the US Centers for Disease Control and Prevention (CDC) last year.

Moving forward two months, United States President Joe Biden announced his intention to have all adults vaccine-eligible by May 1 and “begin to label our freedom from this virus” by July 4.  According to the CDC, as of March 23, 2021, since at least 82,772,416 Americans have received one dose and 44,910,946 have been fully vaccinated.

In contrast to other less fortunate and less wealthy countries in the world, these statistics differ significantly. In fact, at least 30 countries have yet to inject even one human. Not one person!

As reported by The New York Times, Kenyans are one of those peoples left behind.

Kenyans like Stella Githaiga contracted the coronavirus while working in Kenya’s largest public hospital. During an outreach trip to rural villages in February, she believes, putting her on the sidelines even as the nation faces a vicious third wave of infections.

Ms. Githaiga and her coworkers have been subjected to one of the most heinous inequities in a pandemic that has exposed so many: Across the global south, health staff are becoming ill and dying as a result of an infection from which physicians and nurses in many developed countries are still highly susceptible to the Covid-19.

That is only the most apparent detriment of a rich-poor gap that has widened in the pandemic’s second year. Just around three-quarters of the vaccine doses administered internationally have gone to ten nations. Again I am repeating, at least 30 countries have yet to inject even one human.

Scientists have long cautioned that such inequitable care could wreak havoc not just on developing nations but also on wealthy ones if the virus manages to propagate and mutates in ways that disrupt vaccines. However, the highest human losses would almost certainly be faced by less developed countries.

Unvaccinated doctors and nurses have died in Kenya, Mozambique, Nigeria, and Zimbabwe, depleting health services that can ill afford to lose even more staff and threatening to reduce the standard of treatment in countries overwhelmed by variants.

The toll in Africa may be severe. While having 17 percent of the world’s population, the continent has only received around 2% of all vaccination doses delivered worldwide.

“I don’t think we have the ability, as a nation, or even as Africa, to treat our own,” said Hazel Miseda Mumbo, vice-chancellor of the Kenya’s Great Lakes University of Kisumu and a researcher of the country’s health system. “While these Western nations scramble for vaccinations, Africa may have to wait. It may be a depressing situation.”

Kenya, one of the continent’s wealthiest nations, is faring poorly, indicating how unequal distribution is.

On March 2, shortly before midnight, the first million Covid-19 vaccine doses arrived. Mutahi Kagwe, the country’s ecstatic health minister, declared that the country had “been battling this epidemic with rubber bullets” but had now gained the metaphorical equivalent of “machine weapons, bazookas, and tanks.”

But the arsenal was not as it seemed. The doses arrived a month late and were just a fifth of what was promised. India recently moved in with a modest yet welcome contribution of 100,000 doses. Kenya is unsure when the next shipment of vaccinations will come.

Although in ideal conditions, the nation expects to vaccinate just 30% of its population, or about 16 million out of nearly 50 million, by the middle of 2023. Nobody knows where the majority of people can have their vaccines.

The first shipment of doses is being sent to health care staff and other critical workers.

Kenya’s immunization timetable is unthinkable in developed nations. Waiting months appears to be challenging enough, particularly with risky variants circulating the globe. President Biden also vowed that all adults in the United States would receive vaccinations before the end of May. Israel has vaccinated 60% of its population, while Britain has vaccinated 41%.

Like many developed nations, Kenya relies on Covax, a multinational system for procuring and administering vaccines. The scheme was designed to expect that many nations, even wealthy ones, would use it to buy vaccines to distribute their bets around vaccine manufacturers. Instead, scores of developed countries purchased doses directly from pharmaceutical suppliers, pushing the foreign initiative aside and halting exports to the developing world.

Nonetheless, according to economists, developing nations are in a better situation than they might have been without the campaign. Covax hopes to reach at least 20% of the population in participating countries before the end of the year.

In Kenya, tight prohibitions — lockdowns, curfews, flight bans, and school closures that ultimately caused children to replay the school year — prevented the epidemic from sweeping the world last year, as did the country’s comparatively young population.

However, control mechanisms such as lockdowns, which apply to wealthy and poor nations, are no longer the only protection against the coronavirus. Vaccines are now the most expensive currency, creating a huge disparity for those who can afford them and those who cannot.

The pandemic has intensified in Africa after a version is first seen in South Africa, which has been proven to be able to reinfect humans, started pushing up cases in the continent’s south.

“Before that, it was said that Africa had survived this pandemic,” said Tulio de Oliveira, a geneticist at South Africa’s Nelson Mandela School of Medicine. “Unfortunately, it was not the case.”

With cases on the rise in Kenya, vaccination delays will result in further deaths. The confirmed number of Covid-19 events — more than 120,000 infections that have resulted in about 2,000 deaths — is believed to be an undercount.

Covax was supposed to provide further vaccine doses to the world. However, health officials hoped that the country’s strong protection and trade ties with the European Union and the United Kingdom would help it obtain vaccinations. Kenya had often dismissed other countries’ concerns over being used as “guinea pigs” in vaccine experiments, boosting hopes for early shipments.

“Vaccines were produced as a consequence of the clinical trials,” said Dr. David Ngira, a postdoctoral researcher in public health law at Cardiff University. He has been monitoring vaccination rollouts in Africa. “On this basis, the Kenyan applicants, as well as the surrounding populations and the nation as a whole, should have received some preference in vaccine access.”

Health officials express their gratitude, but even Covax shots come with a catch. Vaccines for the first 20% of Kenya’s population are free, but only on the condition that the government compensates for adequate doses to reach the remaining 10%.

The bill is estimated to cost Kenya close to $130 million, putting a burden on its finances.

An African Union vaccination task force is attempting to alleviate the pressure by assisting countries in obtaining adequate doses to vaccinate 60% of the continent’s citizens by mid-2022.

Vaccine shortages are projected to have well-reaching economic consequences far outside the nations running low on doses. According to one community of experts, if developing nations are overwhelmingly denied access to vaccinations this year, the world economy might incur losses in excess of $9 trillion, almost half of which will fall on developed countries such as the United Kingdom, Canada, and the United States.

However, in Africa, the expenses of the slow rollout of individuals and health services are now skyrocketing. The cost is by far more reaching than just a financial price tag.

Covid-19 claimed the life of a heart surgeon in Zimbabwe in late January, a tutor to younger physicians and a cornerstone of the country’s health system. In the same month, a senior doctor in northern Nigeria died from the virus after being quarantined in an isolation hospital.