A Survey Found Nearly One in Ten Americans Suffered from Depression 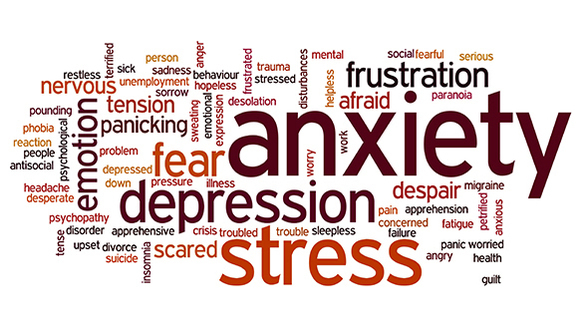 Nine percent of American respondents in 2020 reported having a serious depressive episode within the previous twelve months. The greatest rate of depression, 17%, was seen among people aged 18–25.

The symptoms of major depressive disorder are mental symptoms that impact a person's thoughts, feelings, and actions have the potential to be fatal. According to the findings of a study that was released on Monday in the American Journal of Preventative Medicine, which is a publication that undergoes a process of peer review, the number of cases of depression as well as the severity of these cases has increased as a direct result of the COVID-19 pandemic.

"Our study updates the depression prevalence estimates for the US population through the year 2020 and confirms escalating increases in depression from 2015 through 2019, reflecting a public health crisis that was intensifying in the US even before the onset of the pandemic," said lead author Renee D. Goodwin, Ph.D., an adjunct professor in the Department of Epidemiology at Columbia Mailman School of Public Health and professor of Epidemiology at The City University of New York. "Our study also confirms escalating increases in

"The cumulative effect of these developments shows that a worsening public health problem is on the horizon and that efforts to attain parity and public service announcement equality in depression treatment have not been successful."

The National Survey on Drug Use and Health, conducted between 2015 and 2020 and included participants aged 12 and older from the United States, was the data source the researchers used. In 2020, a study conducted in the United States found that nine percent of respondents had undergone a significant depressive episode over the previous twelve months. The prevalence of depression was highest in people between the ages of 18 and 25, at 17%. There was a persistently low rate of people reaching out for professional assistance across all age groups.

"The short-term and long-term repercussions of the pandemic on depression are not yet evident. However, these estimations are a necessary beginning point for assessing the mental health impact of the epidemic," "...as she had stated. "Urgent action is required to increase the number of community-based, evidence-based initiatives that target the general public and encourage people to seek treatment, early intervention, prevention, and education on depression.