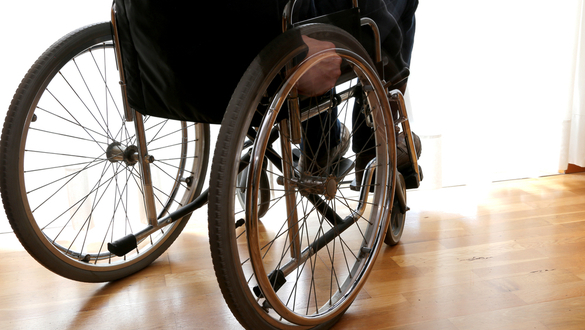 Amyotrophic lateral sclerosis (ALS) is a progressive motor neuron disease that causes muscle control loss due to gradual deterioration of the nerve cells in the brain and spinal cord. According to a recent Harvard study, there is a strong link between gut bacteria and amyotrophic lateral sclerosis development. The new findings are termed “remarkable” because it enables scientists to find promising health outcomes in genetically identical mice by their gut microbiome.

Most familial cases of ALS contain two mutations (F72 or C7) in a specific gene. In general, both genetic and environmental factors are thought to influence the development of amyotrophic lateral sclerosis. More specifically, researchers have linked a few particular genetic variants with ALS; however, most environmental elements are still unknown.

This new research is special because it stemmed from unexpected observation. It shows that genetically identical mice with F72 or C7 mutations displayed significantly different health effects. The lead author of the new study explains that he consistently and repeatedly noticed many of the mice’s inflammatory characteristics kept at the Harvard facility than those present in the Broad facility. Survival of the Broad facility mice into old age was even more striking for the researchers. These observations forced them to focus on the specific contributory factors that cause different health outcomes in two different environments.

They further investigated a number of potential variables that are causing this change and find gut flora as a possible primary contributory factor to it. It was later confirmed through DNA sequencing that microbial differences between the two sets of mice are what accounts for such substantially different outcomes.

At this point, the researchers reached out to others in the scientific community who have studied the same genetic mouse model to figure out if they observed the same outcomes. They collected different gut microbial samples and sequenced them. They found very similar gut microbes in samples collected from institutions hundreds of miles apart, to their surprise.

After finding these fascinating similarities, the researchers experimented with replacing the original mice’s gut flora with ALS at the Harvard facility. They found that antibiotics have disrupted the microbial populations and successfully decreased inflammation in the ALS mice’s gut. It also confirms that mice with genetic mutations have generated immune improvements and increased lifespan.

Another study by the Weizmann Institute of Science studied several specific gut flora thought to contribute to amyotrophic lateral sclerosis development. This study focused on mutations in the SOD1 gene - a different mouse model linked with familial ALS. The research outcome suggests that gut bacteria are not the sole cause of ALS; instead, they play a significant role in its development.

According to Kevin Eggan - one of the researchers in the Harvard study team - we studied one of the most common gene mutations. We made the remarkable  discovery that gut bacteria are involved in the development of ALS. Furthermore, to authenticate our findings, we traced several microbial samples from different scientific communities. He added that now we have the concrete evidence for a hypothesis that why some individuals with these mutations (F72 or C7) can develop ALS while others do not.