A Breakthrough in Unlocking a Lupus Treatment 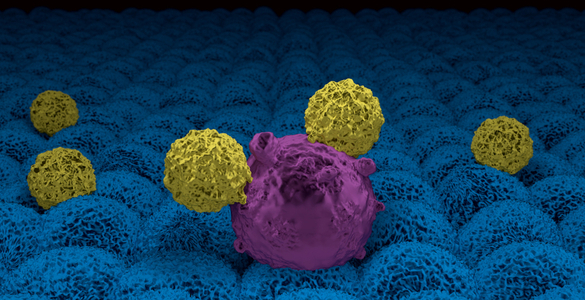 During CAR-T therapy, a patient's immune cells are harvested and modified so that they can identify and destroy malignant cells.

German doctors have discovered a revolutionary and very expensive blood-infusion procedure usually reserved for treating cancer that efficiently cures the most prevalent form of lupus.

On Thursday, a team of immunologists from the University of Erlangen in Germany reported in the journal Nature Medicine that all five patients with systemic lupus erythematosus (SLE) who were treated with CAR-T cells during an exploratory, compassionate use trial went into remission within three months of treatment and remained in remission for at least eight months longer.

After a single infusion of modified immune cells, the illness of five severely sick lupus patients was pushed into remission. This tiny experiment drew inspiration from cancer therapy in its use of patient's own cells to treat the autoimmune ailment.

Researchers claim the discoveries might usher in a new era for treating autoimmune illnesses, which are as challenging to manage as cancer. They have used words like "fantastic" and "extremely exciting" to describe the results.

About 1 in 1,000 persons, primarily women of reproductive age, have lupus, a chronic autoimmune disorder that can severely limit their daily activities due to joint discomfort and other symptoms.

It is yet unknown what specific combination of genetic and environmental variables leads to lupus, as is the case with many other autoimmune disorders.

Corticosteroids and immunosuppressant medicines are often used to treat inflammation and other symptoms, but they mask the condition rather than cure it.

New research conducted by rheumatologist Georg Schett of the University of Erlangen-Nuremberg in Germany shows promise in resetting the immune systems of lupus patients without putting their health at risk.

Researchers have been methodically testing whether this approach might also work for lupus, first trialing the therapy in mice, then in one patient, and now in another four, after being inspired by the success of cell-based therapies known as chimeric antigen receptor (CAR) T-cell therapies, which have delivered some stunning results in blood cancers.

Immune cells are taken from a patient and modified so that they can identify and eliminate cancer cells or other immune cells when reintroduced into the body through a process called "cell activation and receptor titer" (CAR-T) therapy.

Individuals with lupus produce autoantibodies that wrongly attach to their own cells. This experiment aimed to find a way to eliminate swarms of these B cells by targeting the cell surface protein CD19.

The immune system responds by launching an all-out assault on the targeted tissues, leading to organ damage, chronic discomfort, exhaustion, and even skin rashes.

The patients' disease-causing autoantibodies decreased below the detection threshold following the once-off medication, which had no discernible adverse effects. Months later, the patient's symptoms had improved so substantially that they no longer needed the drugs they had been using to control their illness.

The results are encouraging, but it is too soon to determine if the patients have been cured or what percentage of lupus patients might react to the therapy.

Although there was a brief increase in B cells in all five patients a few months after therapy, their condition remained in remission for 5–17 months.

Researchers believe they have successfully rebooted the patients' immune systems since the freshly created B cells have not produced the autoantibodies their malfunctioning counterparts generated.

"We were pleasantly shocked at how efficient it was," Schett told STAT News' Isabella Cueto. Wow, it really took us by surprise.

In addition, immune system activity was not completely stifled. Instead, the treatment preferentially pursued antibody-producing B cells while allowing the patients' preexisting immunity to chickenpox, measles, mumps, and rubella to remain intact.

Mark Leick, a medical oncologist at Massachusetts General Hospital who was not involved in the experiment, told STAT News that this treatment option "would seem to be the holy grail of therapy."

The therapy has to be evaluated on a bigger sample of lupus patients to see how long the remission lasts and whether or not it is effective for all or even most of the patients. CAR-T treatment has been shown to cause systemic inflammation in certain patients with blood cancer, so researchers will need to keep an eye out for this potential adverse effect.

Schett's group is now preparing for a new experiment to see if CAR-T treatment is effective against other autoimmune illnesses, including rheumatoid arthritis and scleroderma. The scientific community has been speculating on this potential viability for quite some time, and it now appears on the table.

However, even if the therapy is shown to be safe and successful in treating lupus and other autoimmune illnesses, its high price may prevent it from being widely used.

According to the National Cancer Institute, the average cost of a CAR-T immunotherapy treatment today is over $450,000, and it is often used only for treating very aggressive diseases like lymphomas. The expensiveness of the therapy is at least in part attributable to the fact that it is tailor-made for each individual patient and their particular ailment.

Patients have their blood drawn; their immune-boosting T cells are re-engineered in a lab by adding proteins known as chimeric antigen receptors (CARs). At last, the patient's own T cells are re-injected with the protein, where they get to work eliminating the illness (for lupus, the T cells were engineered to fight back against CD19.)

There was significant immune system stability in these German patients following CAR-T therapy, with no reports of life-threatening infections or adverse side effects. That is not the situation for CAR-T patients, who may develop neurological issues or possibly catastrophic cytokine storms (A cytokine storm, also called hypercytokinemia, is a physiological reaction in humans and other animals in which the innate immune system causes an uncontrolled and excessive release of pro-inflammatory signaling molecules called cytokines.).

As CAR-T treatments are individualized for each patient, and the production of the modified immune cells necessitates specialized manufacturing capacities, they may only be used as a last resort for lupus patients with severe illnesses who have not responded to previous medications.

CAR-T is still in its early stages of development and is only available to a small number of patients with lupus who are considered good candidates for the procedure due to its high cost and significant risk of side effects. Steroids, anti-inflammatory drugs like ibuprofen, and, in the most extreme situations, pricey monoclonal antibodies are the standard therapy suggested for the millions of patients with lupus worldwide who do not have access to this kind of specialized blood-engineering program.