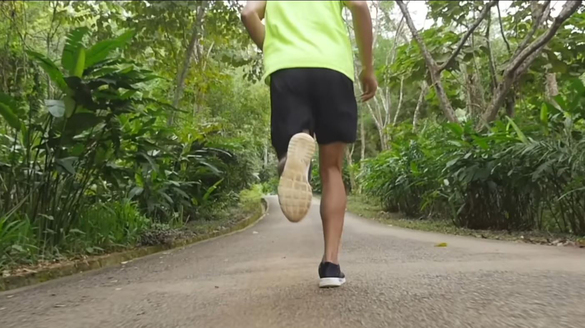 According to a study conducted at Tel Aviv University, high-intensity aerobic exercise raises the metabolic rate of internal organs while simultaneously lowering the amount of glucose accessible to tumors.

It's common knowledge that running is good for your health; it's been shown to be beneficial for everything from your heart to your immune system to your weight reduction efforts, and the list goes on. There is no question that running benefits your health, yet, recent studies suggest that the risk of metastatic cancer may be significantly decreased.

Tel Aviv University researchers discovered that vigorous aerobic exercise boosts the metabolic rate of internal organs while decreasing the amount of glucose that tumors may access.

The study was just published as the cover story in the respected journal Cancer Research. It was led by Professor Carmit Levy of the Department of Human Molecular Genetics and Biochemistry and Dr. Yftach Gepner of the School of Public Health.

Recent research discovered that participating in high-intensity aerobic exercise may reduce metastatic cancer risk by as much as 72 percent.

The research included both human and animal subjects, including an animal model. In the first experiment, mice were instructed to go out a rigorous exercise routine, and the condition of their internal organs was assessed both before and after they engaged in physical activity. Researchers discovered that mice who participated in the aerobic exercise had a dramatically reduced risk of developing metastatic cancers in their lymph nodes, lungs, and liver.

The findings on humans came from epidemiological research that followed around 3,000 people over a period of twenty years. It was shown that those individuals who reported jogging at a high intensity had 72 percent fewer cases of metastatic cancer than those who did not participate in any kind of physical activity. Both men and women in Israel are more likely to pass away from cancer than any other disease.

In their investigation, Levy and Gepner zeroed in exclusively on those who ran for at least two hours weekly.

Levy said that they did not investigate any other forms of physical exercise. The internal tissues become more metabolically active due to running, which contributes to the preventive impact that running exerts.

According to Levy, the next step for researchers will be to explore precisely which physical exercise gives the most protective benefit. In addition to this, her research team plans to delve deeply into the physiology of brain metastases.

Reaching at least 75% of your maximal heart rate and maintaining that rate for at least half an hour is a high-intensity exercise.

According to Gepner, the findings indicate that physically fit people should stress the significance of high-intensity components in their present fitness programs and highlight the significance of physical exercise in general in the context of cancer prevention.

Previous research has shown that regular exercise may lessen the chance of developing some forms of cancer by as much as 35 percent.

"With its unique metabolic and physiological effects, physical exercise exhibits a higher level of cancer prevention than any medication or medical intervention to date," he said.

According to the research findings, low-intensity fat-burning workouts do not contribute to cancer prevention in the same way as high-intensity exercises. Also, persons who are already in good health should modify their fitness regimens to incorporate high-intensity aerobic activity.

The researchers are under the impression that further studies will pave the way for personalized medicine to treat certain malignancies. They highlight that physical exercise, with its own distinct physiological and metabolic implications, demonstrates a better degree of cancer prevention than any drug or medical intervention developed so far. This is done by medical professionals looking into patient histories to determine the best kind of exercise to prescribe.

The research was broken up into two distinct portions. The first stage was to gather and analyze data from previously acquired health records covering 3,000 individuals over a 20-year period to perform an in-depth investigation of the association between regular physical exercise and the risk of acquiring cancer. This demonstrated that there was 72% less metastatic cancer among individuals who reported regular aerobic activity at a high intensity compared to those who did not participate in physical exercise. Those who did not engage in any form of exercise were at a higher risk for developing metastatic cancer.

The second portion of the investigation comprised monitoring mice while they exercised, followed by examining the animal's internal organs before and after the mice had exercised and had been injected with cancer. The researchers saw a significant reduction in the number of metastatic tumors discovered in the lymph nodes, lungs, and liver of the mice who participated in aerobic exercise.

Levy and her colleague, Dr. Yftach Gepner, concluded that during activity, these organs take up a significant percentage of the glucose readily accessible in the body. She asserted that the action "transformed the organs into effective energy-consuming machines, very much like the muscles." This shift was not just a passing phase but a result of "the tissues of internal organs changing and becoming akin to muscle tissue" as a result of consistent activity.

According to Levy's hypothesis, this produces an environment in which tumors, dependent on glucose, have difficulty growing and surviving. She claimed that this explains her discovery of metastatic cancer and might explain the apparent advantages of exercise in avoiding other types of cancer.

Levy said that everyone knows that participating in sports and other forms of physical activity benefits one's health. According to our research, which focuses on the body's internal organs, physical activity brings about systemic changes that prevent cancer from spreading throughout the body.