128 Million US Presbyopia Patients can Improve Eyesight with Eye Drops 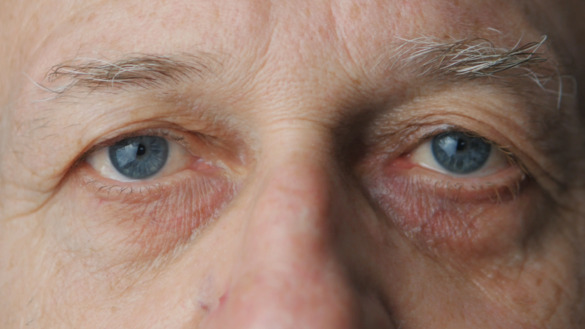 Presbyopia is the medical term for this illness, affecting approximately 128 million individuals in the United States and more than a billion people globally. Presbyopia is defined as the inability of the eyes to focus on close objects, resulting in hazy images when the eyes are older. According to one idea, as lenses grow older, they become heavier and less flexible in their ability to change form. An alternative explanation proposes that the muscle that pulls on the lens becomes weaker as we grow older.

It doesn't matter what caused it; the final result is that when people are staring at close objects, their eyes can no longer bend incoming light sufficiently to send it toward the center of the retina. Light is instead focused at a point behind the retina, causing blurred vision.

Presbyopia is the gradual deterioration of your eyes' ability to focus on objects close to you. It's a normal, albeit sometimes aggravating, aspect of aging. It is common for presbyopia to become visible in your early to mid-40s and continue to degrade until you reach the age of 65.

People's close-up vision begins to deteriorate when they reach their forties and beyond. Many people find that increasing the font size on their phone or increasing the brightness on their computer is the only way they can read some material. You may become aware that you have presbyopia when you notice that you have to hold books and newspapers at arm's length to read them.

Presbyopia can be diagnosed with a simple eye exam.

The Food and Drug Administration of the United States approved a novel eye drop drug to treat presbyopia in late 2021. Before introducing these eye drops, people needed to wear glasses, wear contacts, or have eye surgery to treat presbyopia

To produce a clear vision, many elements of the human eye interact with incoming light in a variety of ways. The cornea, the transparent outer layer of the eye that initially bends light, is the first object that light strikes. Afterward, light travels through the iris and pupil, which can shrink or expand to allow more or less light to pass through the inside of the eye. It next passes through the lens, which bends the light even further and precisely focuses it onto the center of the retinal pigment epithelium. Finally, the light information is transported to the optic nerve at the back of the eye, where it is interpreted as an image by the brain.

Your eyes must adjust to the distance between an object and you to produce a clear image. When you wish to focus on anything that is close to your face, your eyes go through three fundamental steps: your eyeballs move toward the object you want to look at, your lenses change shape, and your pupils constrict.

When you direct your gaze toward the object of your interest, a small muscle within the eye contracts, changing the structure of the lens and making it slightly thicker. The thicker the lens is, the more the light bends as it goes through. When your pupils constrict, part of the incoming light from distant objects is blocked, allowing you to see better.

When light reflects off an item and reaches your eye, it is the rays of light near the center of the image responsible for providing a sharp image. It is possible to sharpen the image of close objects by narrowing the pupil, which helps to block the scattered light from entering.

Once you have placed the drops in your eyes, it will take around 15 minutes for the active component, pilocarpine, to start working. It was discovered in the late 1800s that pilocarpine might be used to treat glaucoma and ocular hypertension, two disorders that are currently being treated with the medicine. Approximately six hours pass before the effect on pupils is no longer noticeable.

The eye drops do not address the underlying cause of presbyopia, but they do assist in alleviating its symptoms. However, instead of focusing on the eyes' lens, the drops dilate the pupils, generating a pinhole effect that enhances the depth of focus.

The most prevalent side effects of the drops, are headaches and red eyes. Because smaller pupils allow less light to enter the eye, it is more difficult to see. This isn't a problem in bright sunlight, but it can be difficult to notice in dim light or in low-lighting settings.

Vuity Eyedrops. How well do they work? First Impressions from an Ophthalmologist.