10 Unsuspected Signs Of Liver Failure We Should All Know 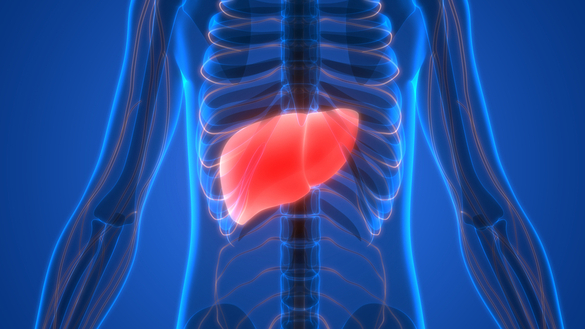 The liver plays a fundamental role in the functioning of the organism; it is considered a vital organ since its absence is incompatible with life.

Hepatic insufficiency is probably a disease that not many people consider since the general thought is that hepatic diseases afflict only elderly people or with accentuated alcoholic habits. However, liver disease is more common than previously thought: recent studies have determined that 2 out of 10 Americans suffer from a potentially serious variety of liver disease, known to hepatologists as "a silent epidemic of fatty liver disease."

This silent disease is probably the most common cause of liver disease in adults in developed countries, its prevalence has been increasing in relation to the increase in obesity and type 2 diabetes in these countries. In many cases, this disease is underdiagnosed because a large part of the patients usually remain asymptomatic until permanent liver damage occurs, which makes treatment and healing difficult. This can lead to cirrhosis, hepatic insufficiency, and death. Therefore, it is vitally important to recognize the early symptoms of liver failure.

The liver plays a fundamental role in the functioning of the organism; it is considered a vital organ since its absence is incompatible with life. The liver is responsible for detoxifying the blood, that is, eliminates any potentially toxic substance that is in our body (alcohol, drugs, toxins), also plays an unbreakable role in the energy metabolism. Also, the liver is responsible for the production of bile, hormones and coagulation factors. Having a san liver is essential to maintain a healthy life.

According to the American Liver Foundation, liver failure can also be caused by hepatitis B and C, alcohol-related liver disease, autoimmune hepatitis, bile duct disease, and metabolic diseases such as hemochromatosis.

The early diagnosis of liver failure is crucial for the success of the treatment, but unfortunately, detecting it early is very difficult. Most symptoms usually appear when liver function is severely compromised. The first symptoms are so nonspecific that it is almost impossible to know if they are indicative of liver failure or another disease. This something frightening, therefore the liver failure, is something that you must take into account, especially if you struggle with any of the causes mentioned above. Here are some unexpected signs of liver failure that you should know:

Abdominal pain and abdominal distention are common symptoms of liver failure, and are usually accompanied by nausea, vomiting, and diarrhea; remember that your liver is on the right side of the abdomen, below the ribs, so if you feel pain or inflammation in this area, it would be wise to see a doctor.

In cases of liver failure is caused by autoimmune diseases (diseases in which the immune system attacks the healthy cells of the body) the joints can be affected which generates pain and in some cases inflammation.

As mentioned above, the liver plays a major role in the metabolism of the body, therefore in hepatic disease may occur the accumulation of certain toxic substances such as copper or ammonium that can be deposited in your brain and cause mental confusion.

Very dark urine is a very suggestive sign of liver disease. In some cases, you may also notice that the stool acquires a lighter color (yellow or whitish). If you notice these symptoms talk to a doctor.

Loss of appetite and significant weight loss are two of the most common signs of liver failure, often accompanied by intestinal disorders.

When the liver does not work well, there is an accumulation of bile salts in the body, which settle on the skin and cause itching. This symptom can commonly be attributed to an allergic process; however, in some cases, it is indicative of liver failure.

Do you find that suddenly you see yourself with bruises and bleeding very easily, although you have never experienced it before? It could be due to liver failure. When your liver can no longer produce enough clotting factors, you will notice that bruising and/or bleeding will occur after minor injuries or trauma.

The gallstones can be really painful. Liver disease can cause gallstones because the liver does not secrete enough bile, which means it does not reach the gallbladder and cannot function properly.

Jaundice is a common symptom of liver disease; this refers to a yellowing of the skin and mucous membranes. When the liver does not function properly, the accumulation of bilirubin occurs, which is deposited in the tissues, giving them a yellow color.

Red spots on the skin and spider veins can be an early sign of liver disease.