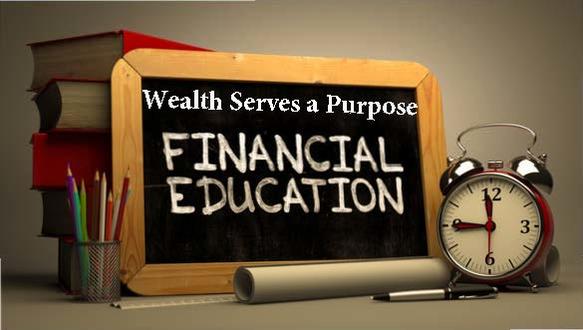 When I was a young boy, my father introduced me to one of his friends whose name was Gus. Gus was a stunt pilot who one day took me for a ride in his biplane and, as any 12-year old would be, I was impressed. Here it is 48 years later, and I’ve never forgotten that day because that was the day I decided I wanted to fly. You see, there are certain points in our life that are life-changing, and for me, that was one of them. As a result of my experience with Gus, I wound up pursuing a degree in Aerospace Engineering with a goal to become a Navy pilot. However, while serving in the military in the early 1980s, my dream of going to the Naval flight academy came crashing to an end as the Iranian Hostage Crisis changed my direction. So, as the old saying goes…” If at first you don’t succeed…try-try-again”.

Without losing sight of my goal, I had to come up with a Plan B. My backup plan was to enroll in a civilian flight school and find a way to come up with the money to purchase my own aircraft. This was when I turned to Wall Street.

Fast forward to August 15th, 1982, which was the day I first stepped foot on the trading floor. During this time, the Gold and Silver markets were in the midst of one of the most impressive bull markets in history. Traders would start the day off in cash, trade the price swings during the day, move back to cash by the close of the market, and it was almost hard to lose money. Over time, I gained a lot of valuable experience and eventually learned how to trade by watching other more experienced traders get in and out of the market. However, the success I had achieved at this point led me to a place of feeling invincible, and I honestly felt as though I could do no wrong. Then, on Monday, October 19th, 1987, I reached another life-changing point in my life. This was when I decided to pick a fight with the market. The profits I had gained over the past five years were wiped out in a matter of weeks as I held on to my long positions. I was now back to square one.

Thank goodness I was young, single, and still filled with an endless supply of optimism. Was it painful? Of course, it was, but I decided I was going to chalk my losses up to experience and give it a third try. Before making the jump back into the market, I realized I needed a better plan. As with any goal, I knew I needed to incorporate some sort of risk management strategy, and I needed to put it in writing. As I was drawing up my next plan of attack, I felt the need to answer one very important question: Why was I doing this? Was I trading just to make enough money to launch my career as a pilot? Or… Was I trading just to make money period? As I struggled to answer my “Why question,” I suddenly realized just how insignificant my “Why” really was. I was trading to make the money, and to buy a plane, and to help Me… Me… Me.

At the risk of sounding corny, let me say this. If your only reason for trading the markets is to build a bigger bank account, then, in my opinion, you’re setting yourself up to fail. Greed is a funny thing because while it feels good to think about all of the things money can buy, it does little for you when it comes to managing risk. Oddly enough, most people would rather hold on to a bad position, than to get out and suffer a small loss. This is because they believe the stock will turn around and things will get better. I call this the “Ostrich Approach” to trading, where investors tend to stick their heads in the sand as though the loss is going to disappear magically. The desire to make money is so strong; they refuse to take a loss, and guess what? The loss only gets worse. I will confess, this was my line of thinking while I was holding on to the positions which were crushing me in the crash of ’87.

It wasn’t until February of ’88 when things started to turn around for me. While my new plan included a good solid risk management strategy, I decided to shift my thoughts away from all of the things money could buy, to all of the things money could do. In other words, I became more purpose driven. This turned out to be another life-changing point in my life. The reason this was so significant is that I found when I focused on the things money could do for people, I became more disciplined when it came to protecting those dollars. I went from making money to protecting money, and I knew if I allowed the market to take money from me again as it did in the crash, I would no longer be able to help the people around me.

Now, some people are going to get this message and some won’t, and I get that. However, for those who understand what I’m saying, this could be one of your life changing moments. When I started focusing on making money for the betterment of my family and friends, it eventually opened up my mind to the possibilities.

Case and point… A well-known trader by the name of Paul Tutor Jones started off as a trader just like me. In fact, he was introduced to the trading floor just a few years before me and had a trading booth mere feet from where I stood on the trading floor. He too suffered losses wiping him out. He failed, not once, not twice, but three times! For him, the pivotal point came when he shifted his way of thinking from making money to making a difference. As a result of this shift, he created The Robinhood Foundation, which combines investment principles and philanthropy to assist programs targeting poverty in New York City. This foundation has accumulated over $431 million in assets, and Paul Tutor Jones is now changing the world one person at a time.

You might ask how changing your mindset could make such a difference. Well, the truth is, when faced with a loss, you are now focused on protecting the assets rather than growing them. This minor adjustment allows you to get back into the market with more buying power when the time is right. This, in turn, leads to the next best trading opportunity. In addition to this, you start to think in terms of ‘We vs. Me’ which then helps you remain accountable for your actions.

Like I said before, some people will get this, others will not. However, I invite everyone to at least entertain the idea that wealth serves a purpose. Once you understand this approach, I can guarantee it will change your life forever.  Happy Trading.

If you would like to learn more, feel free to visit The Market Guys video library where you will find short educational videos called “Market Shots.” The length of each video ranges between 6 to 8 minutes long, making it easy for you to fit these lessons into your busy schedule.