Tools of the Trade: Oscillators and Indicators 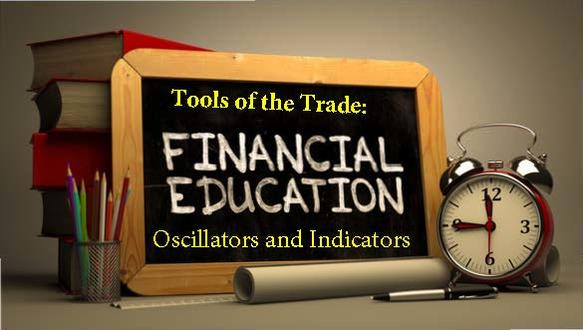 In my early days of trading gold, the only tools I used were sharpened pencils and graph paper. I was attracted to Point & Figure charts, a form of charting, which used a series of Xs and Os recorded in vertical columns. If the price of gold moved up by one dollar, I would plot an X. Likewise if the price of gold dropped by one dollar, I would plot an O. Moving from left to right I would only start the next column after the price reversed (up or down) by three dollars. This was called a one by three reversal. It was easier for me to use this form of charting because I didn’t have to stand there all day looking at every tick that came up on the board. While I was in the “Pit,” trading silver futures, I would stuff my charts behind my back, tucked between my shirt and my belt. The graph paper was rolled onto a flat piece of cardboard, about five inches wide, which gave me enough of an area to mark the charts when the price moved. After I made my notes, I would quickly stick my charts behind my back and begin trading again.

For most people, this may sound pre-historic, but in reality, that was just the way it was back then. It seemed perfectly natural at the time.  Technology hadn’t advanced to the point of plugging numbers into a computer, and the phones hanging on the wall, with their extra-long cords were not the least bit ‘smart.’ In fact, the first mobile phones were called ‘brick phones’ because they were the size of bricks with antennas the length of your arm.

Nowadays, our smartphones allow us to track stock prices on a watch list, view charts, and place trades, on the go. However, as advanced as technology has gotten, it doesn’t necessarily make you a more profitable trader. In fact, if you’re not careful, the technology could wind up being a big distraction for you.

My big “aha moment” came in 1987 when I was able to add a simple moving average to my charts. I was in heaven after buying my first computer, which happened to be an IBM Model 50. To this day, I use moving averages as a gauge to tell me when a stock has moved too far above, or below, what I call the fair value of the stock. In the early 90’s I gradually shifted my analysis to incorporate the Relative Strength Index (RSI) and the Stochastics Oscillator. If you’ve never used these indicators before then, I would invite you to take a look at them. In a nutshell, the RSI and Stochastics tell you when a stock is over-bought or over-sold within a given period of time. In addition, they also tell you when there is a change, or shift, in the momentum of a stock.

In the mid-50s, a fellow by the name of Ralph Dystant came up with the formula for Stochastics. He was the founder of a company called Investment Educators, in Chicago, where he gave classes to people who wanted to learn how to trade. Keep in mind this was long before computers came on to the scene. Ralph Dystant later hired a gentleman by the name of George Lane to work with the commodity traders. George heavily promoted the use of Stochastics right around the time when computers were being introduced to the market. George wrote a series of articles pertaining to the use of Stochastics as a timing indicator, and as a result, it took off like a rocket. In fact, in his classes, George Lane would use the analogy of a toy rocket taking off from the ground when he was describing how Stochastics worked. He explained Stochastics by asking his students to visualize a rocket going up in the air. He would always say, “Before it can turn down, it must slow down,” then he would go on to explain how momentum always changes direction before price.

Common sense tells us that before a stock starts going down, it must first stop going up, and before a stock starts going up, it must first stop going down. If you’ve ever tried to buy a stock on a 52-week low, only to see the stock drop lower after you’ve bought it, you know exactly what I’m talking about. The RSI, and Stochastics, can help provide clues as to when a price reversal is getting ready to take place. The only thing you’ll need to do is learn how to read the signals. I can tell you from experience, learning this is not “rocket science” (yes…pun intended). It will just take a little time to familiarize yourself with the indicators and practice until you feel comfortable. Once you are feeling confident, you can put real money on the line. Until then, be sure to stay connected to my website. I will be producing a video which will demonstrate how to read these signals and be sure to have it included in our video library, for you to access it when you have some free time.

Feel free to visit The Market Guys video library where you will find a short 7-minute video which explains the 1% Rule for Managing Risk. In a nutshell, it comes down to this…It’s not how much money you make when you are right that counts, it’s how little you lose when you are wrong that matters.