The Stop Loss Order - Use it…or…Lose it. 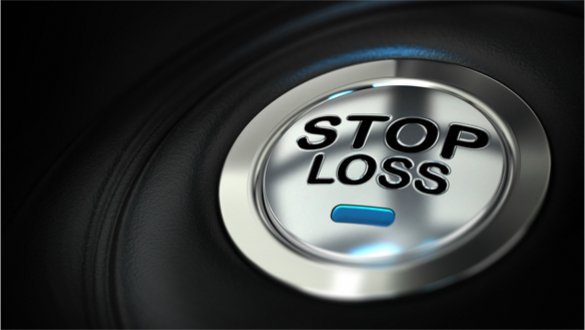 According to Wikipedia, free climbing is a form of rock climbing in which the climber may use climbing equipment such as ropes and other means of climbing protection, but only to protect against injury during falls and not to assist in the progress of the climb. The climber makes progress by using physical ability to move over the rock via handholds and footholds.

Now, I’m not a rock climber, but I believe Tommy and Kevin would not even think about attempting such a feat without using their ropes for protection. Another very important piece of equipment is called a ‘Cam’. Cams are spring-loaded devices that are set in cracks in the rock from which hangers are attached. As with pitons, the ropes are then secured to these anchor points. Should the climber slip and fall, there’s still a chance that they could be severely injured, but the rope would prevent them from suffering a catastrophic fall down the face of the mountain. As the climbers move up the side of the mountain, they adjust their rigging to reach higher anchor points along the way.

By now, you might be wondering why I’m talking about mountain climbers.  That’s because my style of teaching involves painting mental pictures in the student’s mind, making it easier for them to remember the very important lessons for trading. Like the two climbers, we traders need to ‘anchor the pitons’, so to speak, in an effort to limit the downside risk. A ‘Stop-Loss’ order for a trader is like the safety rope for a mountain climber. Initially, a stop-loss order is set in place after we’ve taken a new position, and this limits the loss should the stock move against us. Does this eliminate the risk entirely? No, but it prevents us from suffering a catastrophic loss should the stock take a turn for the worse. As the stock moves to the higher levels, it’s important to move the stop up as well. This practice is known as “Trailing the Stop”.  Once the stock has moved up, our next goal is to protect our profits. Now that you know the reason why you should set a stop, I think it’s important for me to answer the questions…. How do I set the stop? And…where should I place the stop?

Most brokerage companies offer web-based trading screens, that give you the opportunity to set a stop loss. Once you have entered the symbol of the stock you want to trade, you would then select the action to take, which would be to either Buy, Sell, or Sell Short. After you have entered the number of shares to trade, you will see a drop-down box that offers you choices for the type of order to be entered (Market Order, Limit Order, Stop Order, or Stop-Limit Order). If you have any questions regarding the use of such order entry screens, particularly if you would like to know the difference between a stop order and a stop-limit order, I would suggest you contact your broker and have them walk you through the process of setting a stop.

Your next step is to determine where to place the stop loss order. This is the point where you will need to refer to the technical charts for the answer. My strategy has always been to place the stop below the nearest level of support. Support is a price level where a downtrend can be expected to pause due to a concentration of buyer demand. If the buyers decide that they are no longer willing to buy the stock at this support level, then chances are the stock will break out below support, which could result in much lower prices. It only makes sense to protect our positions below these levels in the event the buyers give up on the stock. If you are new to reading the technical charts, then it will obviously take some time to develop your chart reading skills, however, the time you invest in this area will be worth the effort.

While this is just a general introduction to the topic of stop-loss orders, I invite you to explore all of the other ways you can manage risk in your portfolio. The cornerstone of my educational content is grounded in risk management principles, particularly the ‘1% Rule’. If you would like to learn more about technical analysis and how to apply the 1% Rule to your trading plan, feel free to visit The Market Guys video library where you will find short educational videos called “Market Shots”. The length of each video ranges between 6 to 8 minutes long, making it easy for you to fit these lessons into your busy schedule.