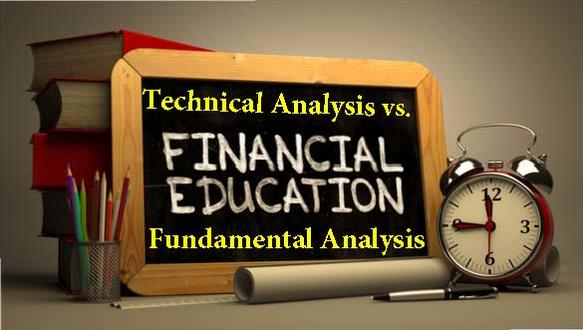 For many years, technical analysts were met with resistance from the diehard fundamental analysts who labeled them as fortune-tellers who might as well use tea leaves to predict the market. Price charts were looked upon as crystal balls which added little value to the world of money managers. However, in July 2000, a financial earthquake shook up the financial markets. Fundamental analysts ran for the hills as Lucent Technology news hit the street, causing this former Bell Labs gem of a stock to drop its share price by more than 91 percent in less than a year. Not too long after that, in October 2001, a company called Enron announced more than $600 million in quarterly losses, sparking a national investigation of its leadership team. That triggered the beginning of the end for employees and shareholders alike. Then, when you thought it couldn’t get any worse, it did. WorldCom, the world’s second-largest long-distance carrier, filed the largest bankruptcy in U.S. history in July 2002.

For the first time in history, fundamental analysis came under attack as Senators and government officials question the validity of company reports and analyst forecasts. Investigators started holding up price charts during investigative hearings, asking analysts and company executives why they did not see this coming. They held these price charts up to the cameras, showing significant downward trends. “Would you buy a stock like this?” was the often-repeated question. From that point on, technical analysis became less of a forecasting tool and more of a risk management tool.

If you’ve been following along with the weekly market reports I put out after the close each Friday, you will know just how accurate the charts are about forecasting the market. However, in my opinion, the most important lines I draw on the charts are not the trend forecasts, but the horizontal lines which represent support and resistance. These are the areas traders need to pay most attention to because when the price crosses these lines, the charts are telling us we could be seeing a potential shift in the supply and demand pressures.

Whether I’m in the United States, Europe, or Asia giving a seminar or speaking at a trade show, someone will always step up during one of these events to ask, “What about the fundamentals? Don’t you even look at the company reports?” My answer is always the same. Yes, I look at the fundamentals to see if the next trade candidate has earnings and I check to see how much debt the company is holding. Many times, the company reports tell me which stocks to trade, but the fundamentals never give me the signal to let me know when to get into the position or, more importantly, when to get out of the position when the stock is moving against me. By the time the accountants update the reports which go to the analysts, the price move will have already taken place. Are you really going to wait until the end of the quarter to decide to get out of a stock which is moving against you? Of course not. This is why I focus so much of my attention on the price charts.

Another reason why I put less weight into the fundamentals is that there is too much information out there. I know that may sound odd, but once you have an opinion about a stock, your mind will search for information to support your opinion. For example, you think the stock is going to go higher, and you’ve read the opinions of the Wall Street analysts who also think the stock is going higher, so, you buy it. Next week, you look at the stock only to see it’s now trading at a lower price than where you bought it. At this point, you’re not too worried because you have faith in the report you’ve read, and you see the company had very strong sales numbers last quarter. In the week that follows, the stock price continues to fall. In desperation, you reach for the company report. Once again you take another look at the price-to-earnings (P/E) ratio and see its earnings continue to be strong. In fact, it has a lower P/E ratio than the rest of the stocks in that sector, so you make the decision to hold on.

Do you see what has just happened? Your opinion caused you to search for more data to justify your reasons to hold on. This “information overload,” combined with your getting involved with the product or service of this company, has caused you to fall in love with this stock. This is one of the biggest mistakes investors and traders make. Don’t marry your stock positions, because they usually won’t remain faithful to you. Instead, let the technical charts tell you when it’s time to get in or get out. There are a wide variety of signals which can tell us when the trends are shifting. However, it will take you some time to learn them, just like it takes time to learn how to read a fundamental report.

Before I take any new position in the market, I will first refer to the Candle Charts. Once I’ve identified support and resistance, I then look for trading signals which support my buy or sell idea. After I see the clear technical signal, I then dig into the fundamental reports. Not only will this help you develop a solid risk management strategy, but it saves you a lot of time in the process. Years ago, I would spend many hours sorting through my ‘Value Line Survey Reports,’ which were as thick as phone books. More often than not, after investing all of my time reading what the analysts had to say about a particular company, I would turn to the chart only to see the stock was in a prolonged downtrend. As it turned out, this wasted a lot of my time. Nowadays, if I don’t see a technical signal that catches my eye, l simply move on to the next stock. This helps make the stock screening process a lot more efficient.

As Benjamin Franklin once said while advising a young tradesman…. “Time is money.” Hopefully, this approach will help you not only save time…but lead you to stocks that wind up making you a lot more money.

If you would like to learn more, feel free to visit The Market Guys video library where you will find short educational videos called “Market Shots.” The length of each video ranges between 6 to 8 minutes long, making it easy for you to fit these lessons into your busy schedule.