It Pays to Be Trendy 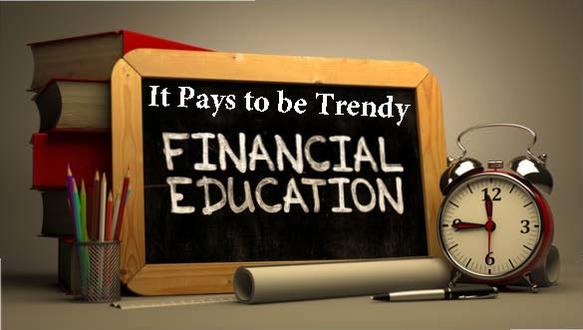 Charles Henry Dow introduced his theory of the markets back in the early 1900s, but more than a hundred years passed before investors and money managers alike realized how important technical analysis was for managing risk in the marketplace. Charts are what we rely on to help remove the emotions from the decision-making process, and these are the tools that I’ve been using for the past 36 years to trade the markets.

Whether you are a seasoned investor who has spent many years taking risk in the market or one who is just starting out on a journey into the world of trading, you should make it a point to review Mr. Dow’s ideas as often as possible. Although there are many who argue the relevance of Dow Theory, I believe that following the trends will give you the highest probability of making money in the markets. In every seminar I give, you can count on the fact that I will be looking at the charts. Trend analysis is the basis for how I pick stocks, and analyzing these trends helps me establish the risk points. There is a lot of truth to the old saying, “Repetition is the best teacher,” so do yourself a favor and try to look at as many charts as you can during the course of the day. Doing this will help you understand these simple concepts and eventually you will become a master technician yourself.

Charles Dow made a simple observation that eventually propelled him to be one of the greatest analysts of all time. He recognized there were certain companies in the United States that were the driving forces behind the U.S. economy. He believed if he measured the progress of the companies responsible for stimulating the overall growth, he would have a leading indicator for investors. So, on July 3, 1884, the Dow Jones Company, which published the Wall Street Journal, introduced 12 companies, 10 of which were railroads, and the Dow Jones Industrial Average was born. Twelve years later, the editors got together and added more stocks to the index in order to get better insight into the driving forces of the economy at the time. The index is reassessed every few years to ensure the average reflects the blue-chip sector of the market.

Investors became excited to know they finally had a leading economic indicator they could rely on. For them, it was commonplace to see freight trains rolling down the tracks, loaded with construction materials and fuel; therefore it was a safe assumption there was growth taking place in those areas where supplies were being delivered. In addition to this, Henry Ford was building cars, and those cars needed fuel.  John D. Rockefeller and Henry Flagler were quick to recognize an opportunity in the automotive industry and as a result, they founded Standard Oil. One trend gave birth to another and the simultaneous growth of these transportation related companies sparked an economic revolution.

When I first stepped foot on the trading floor, back in August of 1982, I knew nothing about Dow Theory. I was fresh out of the military and my degree was in aerospace engineering. Therefore, for me to become a trader, I had to quickly familiarize myself with the intricate workings of the markets. So, I took what I already knew about momentum and applied that knowledge to my new career as a trader.  As a result, it was easy for me to take what I had learned about Newton’s Law of Motion and apply it to the way money moved on Wall Street. Once I understood there was a direct correlation between the rate of growth measured in the transportation companies and the growth of the American economy, it made complete sense to me. In its simplest form, I knew early on, if you wanted to make money in the markets, all you had to do was follow the money trail.

When Charles Dow left the farm in 1872 to make his mark in journalism at the ripe old age of 21, he had no formal training and little education. However, he was able to find jobs with different publications as a reporter. He had a talent for historical pieces as well as an interest in the business sector. But it wasn’t until he and fellow reporter Edward Jones came together, that they both realized they shared a goal to bring Wall Street to Main Street, and the rest is history. Charles Dow’s name will forever and always be entwined with the world of finance, thanks to the market average which bears his name. However, what I find most interesting about his story is he was not driven by money, nor did he share his theory for profit. He was simply motivated by an underlying desire to open up the world of high finance to the average American citizen in order to help them realize a better quality of life.

While the technical charts reflect the historical price action of the market as well as the companies that trade within each of the major indices, it’s important to know there are 6 basic Tenets of Dow Theory that should be incorporated into your own analysis of the markets. Yes, it will take some time for you to learn these tenets, but I assure you, the time and money you invest in your own financial education will be well worth it. Because the more you learn, the easier it will be for you to identify the best stocks to trade and invest in. Most importantly, it will be much easier for you to limit your losses when an investment turns against you, as the charts will also help you identify exit points. Remember, it’s not how much money you make when you’re right that counts, it’s how little you lose when you’re wrong that matters.

Simply put…It pays to be trendy.