5 Most Common Mistakes Made by Traders …and How to Avoid Them! 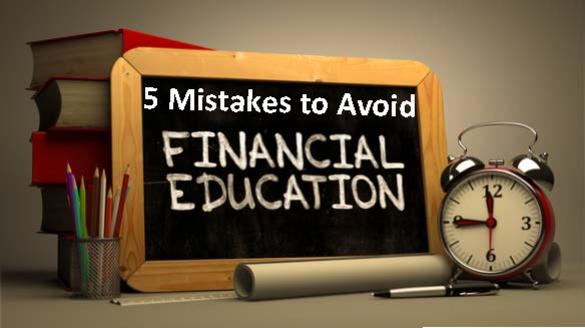 It’s interesting how certain behaviors are ingrained within many areas of our life. Trading the markets is no exception. There are behaviors and habits which are developed on our own and those that are copied from others. Whichever way they are acquired, these habits can be perpetuated because we’ve been demonstrating them for so long. Although we may recognize these behaviors or habits aren’t helpful to our trading success, they’ve become all too familiar and a comfortable part of our routine. Thomas Jefferson recognized this propensity in individuals when he authored the following phrase from the American Declaration of Independence in 1776.

…”All experience hath shewn, that mankind are more disposed to suffer, while evils are sufferable, than to right themselves by abolishing the forms to which they are accustomed.”

While the following list is by no means a comprehensive list, I hope to give you an advantage by highlighting five of the most common mistakes I’ve seen people make over the years, along with some quick ideas for correcting these mistakes. By the way…I am totally okay with admitting to you that, during the course of my 36-year career as a trader, I’ve made every one of the mistakes listed, and I could probably add a few more. I can honestly say I have a million-dollar education when it comes to trading. Sadly, my tuition was paid through losses I incurred during my first 3 years of trading the Gold and Silver markets as a floor trader on the New York Commodity Exchange (COMEX). Fortunately, I have learned how NOT to repeat the same mistake twice.

As much as you may like trading your favorite stock, never lose sight of the fact it is a fickle partner to build a trading relationship with. Just about the time you think the two of you have an agreement, whereby you place the trade and the stock returns a profit, an event will strike which provides a reality check with regard to that agreement. Sometimes you will receive advance warning; other times, it will strike with the swiftness and surprise of a rattlesnake. Either way, if you haven’t taken the necessary steps to manage risk, you’ll pay a handsome price for your fidelity. My best advice is to turn away from the “story of the stock” and turn towards the signals found on the technical charts. The less you know about the company’s mission statement, the less likely you will be to 'marry' your position. Solution…Learn how to use technical analysis as a tool for trading. Buy with the buyers and sell with the sellers.

Mistake 2: Failing to Accept a Loss

One of the key differences between a seasoned trader and a novice is their attitude toward a loss. A seasoned trader doesn’t hesitate to take a loss when the trade starts to move against him. In fact, I would even go so far as to say, a sign of a mature trader is an attitude of welcoming a loss. I suggest celebrating a loss if the loss is small and within the defined risk plan. Solution... Go to www.themarketguys.com and click on the video tab at the top of the page. There you will find a video entitled ‘The 1% Rule’. This short 7-minute lesson will get you started with a good plan for managing risk. Remember, it’s not how much money you make when you’re right that counts, it’s how little you lose when you’re wrong that matters.

Mistake 3: Doubling Down on a Losing Position

Imagine this: A day trader walks into a Las Vegas casino and starts chatting with a black jack dealer about “Dollar Cost Averaging”. Four Martinis later…the black jack dealer brings up the idea of doubling down on a bet in order to spread the risk, and BAMM!...a new trading strategy is born. First of all, it’s important for you to know that dollar cost averaging is a long-term investment strategy that applies mostly to mutual funds in an effort to tame the volatility in a retirement account. Doubling down on a Las Vegas bet is something that should “Stay in Vegas”. What’s the solution? Don’t double down on a losing position because this will only accelerate the losses on the way down. This mistake can also be avoided by applying the 1% Rule, as discussed in Mistake #2.

Mistake 4: Lack of Training and Preparation

Think for a minute about a mutual fund. You send your money to a fund and it’s pooled with every other investor’s funds. The management team then makes the buy and sell decisions, guided by the fund prospectus. For the privilege of having a professional management team, you pay a fund expense fee each year. Some funds may be as little as ½ percent, or less. Others may charge fees of 2 to 3 percent, or more. The point here is that you will be relinquishing your right to make the trading decisions to the fund managers. Obviously, they have a fiduciary responsibility to use their skills and judgment to maximize the growth of your assets. If they are able to increase the value of your assets by 10 percent, they will receive their management fee. If they increase the value of your assets by only 2 percent, they will receive their management fee. If they fail, and the value of your assets declines, they will receive their management fee. You see where I’m going with this? Most traders and investors hold some type of mutual fund, or funds, giving no thought to the fund expenses. Yet, many of these same investors fail to lay out money for their own financial education, especially when it comes to trading. As a result, these investors wind up making rookie mistakes, which eventually cost them more than a lifetime of mutual fund fees. Education is a risk-free investment so be sure to put some money aside to pay for books, webinars, and training courses. At the very least, find a mentor who has a successful track record for making money. Important note: There are a lot of so-called “experts” out there, so I strongly suggest you ask for a full report of their performance record before you lay out the big money for a training program.

Mistake 5 often is the direct result of having made Mistake 2 (Failure to Accept a Loss) or Mistake 4 (Lack of Training and Preparation). You trade with scared money when you’ve had a bad trade and now you’re gun shy. The term gun shy refers to hunting dogs who developed a fear of guns. Sometimes this occurs by an accident of some sort, such as getting hit with a spent shell casing, and sometimes, it’s just the loud report which can create a fear within the dog. Whichever way the fear is acquired, the dog is incapable of working near a hunter, often running at the mere sight of a gun. Unless the dog was born gun shy, it takes a lot of patience and re-training to get the dog back to where it can point and retrieve without trembling in fear. You have to start slow and easy, gradually building the dog’s confidence once again.

A gun-shy trader behaves the same way. They take a trade which started in their direction, and they decide to relax their risk management discipline. Perhaps they canceled their stop order protection and went away for a few days. After all, the trade was moving in a profitable direction, so they felt as though they didn’t need to manage it. However, when they came back, the stock had dropped 40 percent on a bad earnings announcement, and now they are forced to take a catastrophic loss. Remember I told you that I’ve made all of these mistakes and more? Well this is what happened to me in the crash of ’87. The only way I was able to get back into the market was to tip-toe back in…a little at a time. However, I was not going to allow myself to suffer another loss like that again…EVER. This is when I came up with my 1% Rule for Managing Risk and I vowed to myself I would never again place a trade without applying this rule to my trading strategy.

It took me 7 years to fully recover what I lost in that year, but I’m happy to say that I’ve not had a losing year since. Sure, I’ve taken small losses along the way on individual positions, but at the end of the year, I’ve always come out a winner. I wish I could guarantee you the same success, however it’s impossible for me to do that without knowing whether you’re willing to stick to the rules or not. I can state, if you make yourself a promise to do your best to avoid these 5 common mistakes, you will most certainly gain confidence in your own ability to make money in the market. I’ve always believed that a person's level of confidence works in direct proportion to their profits.

Avoiding these mistakes will bring you that much closer towards being a successful trader or investor. How am I so sure this is true? Because I speak from experience…almost four decades worth.

Feel free to visit The Market Guys video library where you will find short educational videos called “Market Shots”. The length of each video ranges between 6 to 8 minutes long, making it easy for you to fit these lessons into your busy schedule.