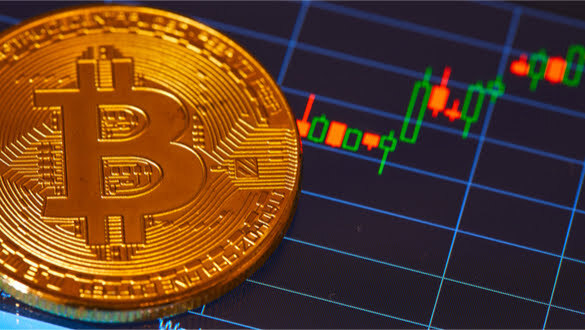 With no government or financial institution behind them, digital assets are simply the future of money, allowing transactions to skip intermediaries and costs.

Cryptocurrencies have soared in value to the point that their entire market capitalization now exceeds $2.5 trillion, placing them on par with the world's most valuable corporation, Apple, and attracting more than 200 million users.

It is just too large for the financial elite to ignore when it reaches that magnitude.

According to Bloomberg, firms that cater to the world's richest families are increasingly investing a portion of their fortunes in cryptocurrencies.

Hedge funds are trading Bitcoin, and big-name institutions are beginning to give them services relating to the cryptocurrency.

PayPal allows customers to purchase cryptocurrency via its mobile app. In contrast, Twitter will enable individuals to express their gratitude for tweets by tipping the authors with Bitcoin.

In addition, a Bitcoin-linked easy-to-trade fund started trading on Tuesday, marking the next significant step forward for the sector.

Investors may purchase the exchange-traded fund from ProShares using a traditional brokerage account, eliminating the need to understand what a hot wallet and a cold wallet are.

According to Ben Johnson, head of global ETF research at Morningstar, "the one thing that can be stated for certain is that the arrival of the age of the Bitcoin ETF opens up the potential for Wall Street to make money on Bitcoin in a manner that it hasn't been able to do in the past."

"The exchanges, asset managers, and custodians are the big beneficiaries in all of this," says the CEO of NASDAQ. There is a huge, conspicuous question mark over whether investors will succeed or fail."

After a paper was written in 2008 by someone or a group of people who went by the name Satoshi Nakamoto on how to harness computer power across the globe to create a digital currency that could not be double-spent, Bitcoin has come a long way.

The price has more than quadrupled in only one year, reaching about $62,000.  It cost just $635 when it was first released five years ago.

Those who support cryptocurrencies argue that they provide a precious asset for any investor: something whose price fluctuates independently of the economy, rather than following it as many other assets do.

More high-minded supporters argue that digital assets are simply the future of money, enabling transactions to bypass intermediaries and fees by using a currency not tied to any government or financial institution.

On the other hand, critics wonder if cryptocurrency is a passing craze, claim it consumes excessive amounts of energy, and note the intense regulatory attention that has been focused on it.

For example, Bitcoin transactions were deemed unlawful in China earlier this month.

In August, Gary Gensler, the chairman of the Securities and Exchange Commission of the United States, said that the world of cryptocurrency does not provide enough investor protection and that it "is more like the Wild West."

Despite this, the enormous momentum for cryptocurrency has continued to build, as it has evolved from an internet curiosity to a more significant element of the cultural and business environment.

A bitcoin custody service for large investment managers has been launched by U.S. Bank, which announced the service earlier this month.

That means it keeps its Bitcoin in escrow for them, and it intends to add support for other cryptocurrencies in the near future.

According to Kashif Ahmed, president of American Private Wealth, a wealth management firm in Bedford, Massachusetts, "it's not only occurring on the margins and in the dark corners of the Web."

Ahmed does not advise his customers to invest in cryptocurrency.

His ability to "walk to my local grocery and purchase goods for my family and give crypto without being laughed out of the shop" would be required before then," he said.

Others, on the other hand, are more ready to give it a go.

According to a study conducted by Citi Private Bank of family offices across the globe that handle money for affluent individuals, about 23% of respondents indicated they had made some cryptocurrency investment.

Another quarter said that they are investigating the issue.

The increasing acceptance of cryptocurrency on Wall Street has spawned a new generation of darlings who assist consumers with purchasing it.

For example, cryptocurrency trading platform Coinbase has a market capitalization of about $64 billion, placing it on par with well-established businesses like Colgate-Palmolive, FedEx, and Ford Motor.

While this is going on, Robinhood Markets, the firm that rose to prominence by introducing a new generation of investors to the stock market, is rapidly becoming a destination for cryptocurrency traders.

It was the first time in history that new Robinhood users were more likely to make their initial transaction in cryptocurrency than equities during the spring season.

As it is known, the blockchain allows for the creation of a public record that can be checked and trusted by everyone, and many anticipate it to spur a slew of new ideas.

A parallel may be drawn between this and the modern-day services such as Netflix and Facebook, which arose due to the infrastructure constructed during the rise and subsequent crash of the dot-com bubble.

"The applications built on this new software architecture appear to be growing more quickly than previous technologies," Bank of America strategists Alkesh Shah and Andrew Moss wrote in a recent research report, arguing that digital assets are still in their infancy and that they are only in their first inning of development.

"New businesses are likely to arise, and badly positioned organizations will be forced to leave, resulting in tremendous upside potential for some and considerable negative potential for others," says the author.

JPMorgan Chase, for example, is already using blockchain technology to enhance the efficiency of money transfers across international financial institutions.   And it's the same JPMorgan Chase led by Chief Executive Officer Jamie Dimon, who stated in an interview with Axios earlier this month that bitcoin had "no inherent value."