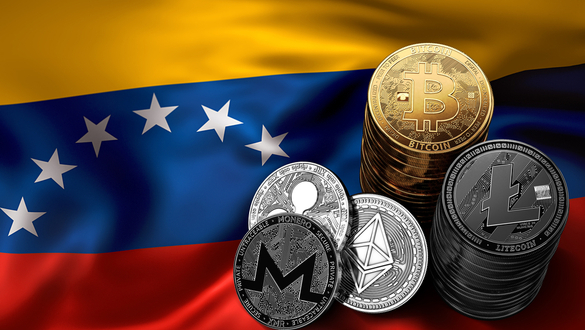 Venexuela is exploring ways of using cryptocurreny in its central bank so that the country can pay its monetary obligations to international suppliers.

Venezuela’s central bank is running internal tests to determine whether it can hold cryptocurrencies in its coffers, according to four people with direct knowledge of the matter.

The efforts come at the behest of state-run Petroleos de Venezuela SA, which is seeking to send Bitcoin and Ethereum to the central bank and have the monetary authority pay the oil company’s suppliers with the tokens, according to the people, who asked not to be identified discussing internal deliberations. Staffers are also studying proposals that would allow cryptocurrencies to be counted toward international reserves, now near a three-decade low at $7.9 billion.

U.S. sanctions against Nicolas Maduro’s authoritarian regime have largely isolated Venezuela from the global financial system, exacerbating one of the world’s most severe economic crises and forcing officials to use a patchwork of methods to move money around. While Maduro’s plans to start the world’s first sovereign crypto largely failed, the continued efforts to use digital currencies shows how desperate the government is to come up with a way to skirt the restrictions.

Press officials for the central bank and PDVSA didn’t reply to requests for comment. 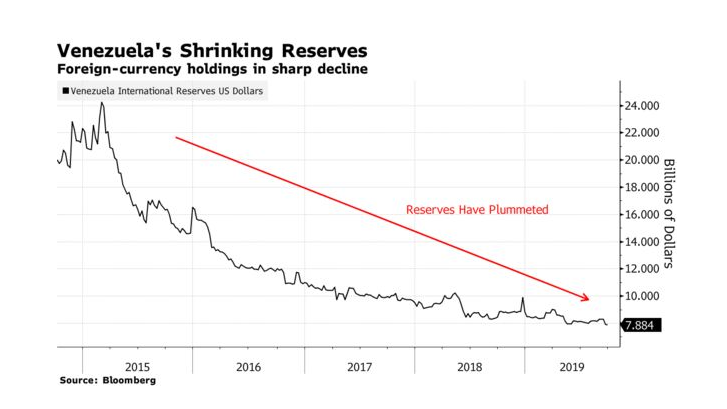 It isn’t clear how PDVSA came to own Bitcoin and Ethereum, or the value of its holdings. But the oil producer has struggled to get paid by customers via conventional channels because major banks are hesitant to do business with a sanctioned entity. Last month, the company received most of a $700 million payment in Chinese yuan after the parties struggled to find financial institutions that would facilitate a transaction.

PDVSA may be hesitant to sell its cryptocurrencies on the open market because it would require the company to register with an exchange and subject itself to due diligence. Instead, it wants the central bank, which officials at the oil company believe is less exposed to potential blocks, to use the crypto to pay entities PDVSA owes money to.

Bitcoin and Ethereum use decentralized, online ledgers known as blockchain to verify and record transactions. In some cases that allows for relatively anonymous transfers without the need for a middleman. Few banks touch digital tokens because of the know-your-client and money laundering issues that arise and cause compliance problems.

Cryptocurrencies have staged a comeback this year following 2018’s rout, thanks to expectations of greater institutional adoption and Facebook Inc.’s plan to launch a coin, but remain quite volatile. While Bitcoin has plummeted almost 20% in the past four days, it’s still up more than 130% this year.

To shield itself from the effects of further sanctions, Venezuela’s government has also been considering the possibility of switching to a Russian-operated international payments messaging system as an alternative to the SWIFT system that most financial institutions use.