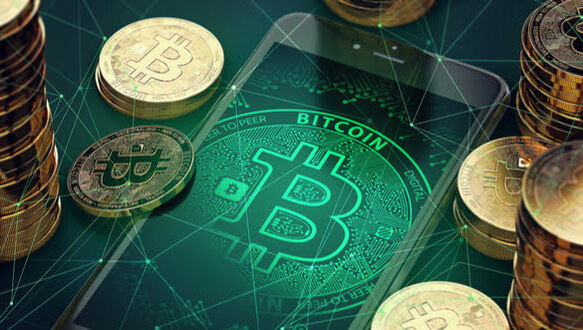 Efforts are being made to determine how to regulate new digital financial technologies without hindering innovation. Part of that endeavor includes a focus on digital currency.

A new report from the U.S. Treasury Department warned on Monday that digital currencies posed a threat to the United States' sanctions program. The United States needed to modernize how sanctions were implemented to ensure that they remained an effective national security tool in the future.

As part of a six-month assessment of the nation's sanctions program, which has been utilized more aggressively in recent years as a lever in foreign diplomacy, the Treasury Department included the warning in its recommendations.

An attempt to establish how to govern new financial technology without impeding innovation is underway throughout the administration. The emphasis on digital currencies is part of that effort.

As stated in the Treasury report, "Technological developments like as digital currencies, alternative payment platforms, and new methods of concealing cross-border transactions all have the potential to undermine the effectiveness of American sanctions." "These technologies provide possibilities for malicious actors to store and move money outside of the conventional dollar-based financial system," says the author.

It also expressed worry that America's enemies are trying to decrease their dependence on the United States currency. It warned that new digital payment methods might accelerate this trend and weaken the effectiveness of American sanctions in the future.

U.S. sanctions on North Korea, Iran, and Venezuela are in force, primarily to punish them for supporting terrorism, abusing human rights, or engaging in other illegal activity. The sanctions are mainly aimed at countries such as these.

Because of the power of the United States dollar and its status as the world's reserve currency, the United States can cut nations, organizations, or people off from a large portion of the global financial system at its discretion.

As a result, attempts to discover new methods to circumvent American sanctions have escalated, including the use of digital currencies that do not pass through the conventional banking system, which have increased.

According to the law firm Gibson, Dunn & Crutcher, the use of sanctions increased to unprecedented levels under the Trump administration, which added more than 1,000 additional designations each year on average, breaking previous records.

As of now, the Biden administration is on track to apply 900 sanctions this year, which would rank as the third-highest number in the government's history.

The Treasury Department's seven-page report included no information on how the department intends to adapt to the new digital financial architecture expanding across the globe at the time of publication.

Among the suggestions were the purchase of new technology and personnel with experience in digital assets.

According to a senior Treasury official on Monday, one key step to avoid sanctions evasion was increased cooperation with other nations to make it more difficult for cryptocurrency to be turned into government-issued money to be used as money.

Ransomware assaults are becoming more common. The Biden administration has responded by increasing sanctions to shut down digital payment networks that have enabled such criminal behavior to thrive and threaten national security.

The President's Working Group on Financial Markets is scheduled to issue a second report this year that will include regulatory suggestions for stablecoins, which are digital currencies backed by assets and have gained popularity in recent years.

Wally Adeyemo, the deputy Treasury secretary, was in charge of evaluating sanctions in this case.

The study steered clear of drawing judgments on particular penalties against specific countries or people.

Other suggestions included developing a more systematic approach to sanction designations, which might ultimately result in the removal of some of them together.

In addition, the Treasury Department said that penalties needed to be more targeted to "minimize the possible detrimental effect on other people."

The agency is presently operating under a leadership vacuum. Senate Republicans have delayed the approvals of two of President Biden's candidates to be its top sanctions officials — Brian E. Nelson and Elizabeth Rosenberg — due to opposition from Republicans in the Senate.

Because Sigal Mandelker resigned from the position in late 2019, the Treasury Department has been without an undersecretary for terrorism and financial intelligence since then.