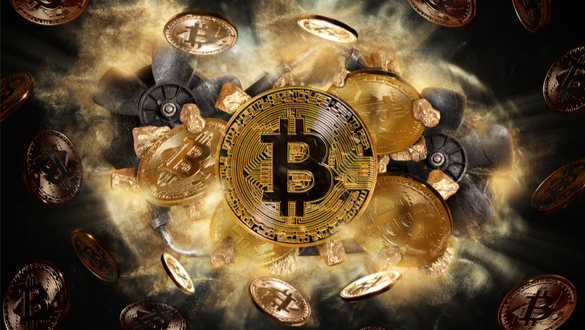 The former chief economist at International Monetary Fund and current professor at Harvard University, Kenneth Rogoff, predicts the U.S. government’s inevitable regulations on Bitcoin and other cryptocurrencies, insisting that Bitcoin is a mere bubble.

A well respected Harvard professor holds the staunch opinion that regulation of cryptocurrencies by the U.S. government is unavoidable. His risk-averse tone referred to bitcoin as rather a bubble and not a substantial investment that has people believing in its value for the sake of believing. He insisted that Bitcoin is a bubble that’ll blow up soon.

Rogoff referred to bitcoin and other cryptos as a financial fortitude for failed nations or, rather, a people’s response due to an irresponsible government. The former chief economist at the international monetary fund (IMF) referred to this as an investment of the dystopian societies

The potential collapse of bitcoins

The U.S. government’s hands in the use of cryptocurrencies in the form of regulations may eliminate the speculative bit. Bitcoin may lose its value as a form of investment, and most people may run away from it. Besides, the professor believes that government involvement in regulations is inevitable.

Additionally, Christine Lagarde, President European Central Bank, stated that many illegal operations have successfully flourished under the cover of bitcoins and other cryptocurrencies. She said that acts such as money laundering and sponsoring terrorism have been successful through cryptos over the past years.

Why bitcoins still stand despite the negative opinions

Some regulators, especially those with the risk-averse mentality, cautions about bitcoins’ risks. The number of frauds relating to crypto-business merely accounts for 0.34% of all the crypto transactions from an industry report. This percentage could be compared with the challenges inherent even in the fiat.

Patrick McHenry, a U.S. lawmakers’ representative, insisted that the government cannot kill cryptos based on the kind of technology being used in it. He added that, even if they want to, they should not. On the same note, Senator Cynthia Lummis added that bitcoins’ technology is a good store of value, and she vowed to make the United States Congress understand that.