The 2018 Cryptocurrency Crash is Proving to be Catastrophic 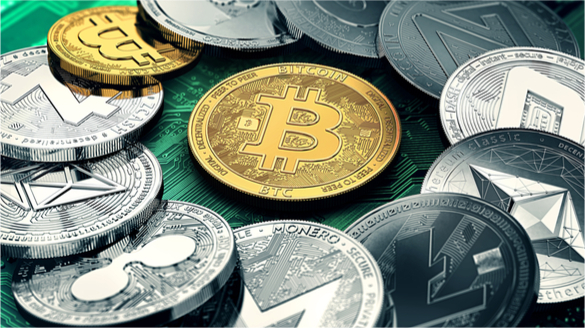 The Cryptocurrency market has lost $640 billion of value since peaking in January! The virtual-currency mania of 2017– fueled by hopes that Bitcoin would become “digital gold” and that blockchain-powered tokens would reshape industries from finance to food – has quickly given way to fears concerning excessive hype, security flaws, market manipulation, tighter regulation, and slower-than-anticipated adoption by Wall Street and Main Street.

The Cryptocurrency meltdown – the worst market sell-off since the early 2000s rout in tech stocks ­– plunged to new depths on Wednesday, extending the nosedive of CryptoCompare Digital Assets 10 Index (MVIS) falling 80% since a January high.

The collapse in the MVIS was worse than the NASDAQ Composite Index’s 78 percent peak-to-trough decline that took place when the dot-com bubble popped and crashed in 2000.

Besides facing the same kind of market meltdown, this Cryptocurrency boom and nightmare resembles the Internet stock boom almost two decades ago.  Cryptocurrency investors buying into a seemingly revolutionary technology, like high-tech internet investors of the late 1990s, are now suffering a painful reality watching this market become a black hole of over-speculation.

“It just shows what a massive, speculative bubble the whole crypto thing was – as many of us at the time warned,” … “It’s very likely a winner takes all market -- Bitcoin currently most likely.”

“Crypto bulls are dismissing negative comparison to the dot-com era by pointing to the NASDAQ Composite’s recovery to fresh highs 15 years later, and to the internet’s enormous impact on society. They also note that Bitcoin has already rebounded from past crashes of similar magnitude.”

“Until you can pay your taxes in Cryptos, it’s just a pointless investment vehicle”… “Some people will make loads of money but most won’t.”

Wednesday’s Cryptocurrency losses were led by Ether, the second-largest virtual currency, which fell 6 percent to $171.15 at 7:50 a.m. in New York extending this month’s retreat to 40 percent.

Bitcoin, however, was little changed, while the MVIS CryptoCompare index fell 3.8 percent. The value of all virtual currencies tracked by CoinMarketCap.com sank.