Should You Invest in Litecoin or Bitcoin? 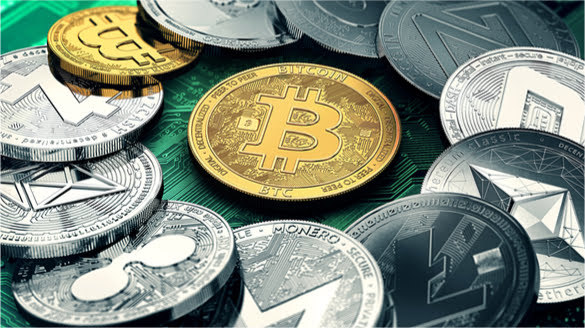 Investors continue to speculate on the most favorable crypto to invest in as they compare factors such as safety, popularity and efficiency.

Satoshi Nakamoto, the programmer who came up with the decentralized digital money system, predicted that, in the near future, the fiat and any form of centralized currencies would be done away with. With the launch of bitcoin back in 2009, confidence in cryptocurrencies’ effectiveness has gained momentum over time. Most investors refer to it as digital gold as cryptocurrencies act as a store of value through their “proof of work” system.

The most common cryptocurrency is bitcoin.   There is a misconception of the word bitcoin. People all over the world use the word cryptocurrency and bitcoins interchangeably. After the bitcoin’s initial and continued success, many other cryptocurrencies emerged by the hundreds and then by the thousands. With this, many speculations have emerged, especially from the opinions of the risk-averse netizens on whether the cryptocurrencies are merely a bubble or rather a solid, dependable means of exchange.

Despite the critique and concerns that have been raised from the inherent frauds from the sector, they have still stood the test of time as a means of investment and the easiest form of exchange. Other concerns include their possibility of money laundering and the sponsoring of terrorism. However, these have merely been bottled up as mere speculation that acts like a dirty window to prevent the light from shining through.

Similarities of bitcoin and Litecoin

Taking the perspective to which they operate, bitcoin and Litecoin both work as a decentralized financial system. No central banks or government have a direct claim of ownership or control. For this reason, the fluctuation in value can always be experienced, and this is the point where most of the crypto traders and investors rake much profits. In general, as compared to the fiat currencies that heavily depend on the decision made by the central governments of any given economy, the crypto is underpinned by the integrity existing within the cryptographic networks.

To be specific, Litecoin can be referred to as an improved “lite” version of the bitcoins since it was created to solve the latency that is often associated with the bitcoins.  However, from the broader perspective, they work under the same principle. It is recommendable that people can use them interchangeably for the bitcoins to not suffice the world demand and the transactions that need to occur.

Within the financial ecosystem that encompasses the entire world, both bitcoins and Litecoin acts as “proof of work,” and that’s the point where their value comes in. In many instances, bitcoin is generally referred to as digital gold for its technique of storing value. They can as well be purchased within an exchange platform or even mined. To own them, they must first create a digital ‘wallet’ where the blockchain is stored for authenticity in the transactions made.

The major differences existing between bitcoin and Litecoin

So far, we have seen that both bitcoin and Litecoin work less than one principle of a decentralized financial system. However, inherent differences might always call for the need to opt for one rather than the other.

Comparing their transaction speed, Litecoin is generally four times faster than the speed of transactions using bitcoins. Therefore, to avoid delays that might exist when the blockchains are being processed, most of the investors prefer to use Litecoin. On the other hand, these speed factors are regarded as psychological since the time taken for both is relatively the same.

Bitcoin is a widely recognized cryptocurrency since it is the first to emerge back in 2009. It has the largest market capitalization worldwide; this is closely followed by Etherium, which is so far the second largest. Litecoin also falls among the top cryptos and is very competitive in the market.

Considering the algorithm used, bitcoin utilizes the complex SHA-256 algorithm, which is regarded as the most robust algorithm. With it, it calls for greater processing power and the need to use more electricity. On the other hand, Litecoin uses the improved Scrypt algorithm, which capitalizes on speed. The transaction speed in Litecoin is why most of the investors are opting for it.

Choosing between Bitcoin and Litecoin

Within the past years of existence within the market, bitcoin and Litecoin have so far operated conveniently, and general preference cannot be pegged on one point of view. So far, when you need to choose which one to invest in, you may base your argument on popularity or speed. However, these can be termed psychological and operate relatively the same as per my point of view.

Is Litecoin a Good Investment in 2021?