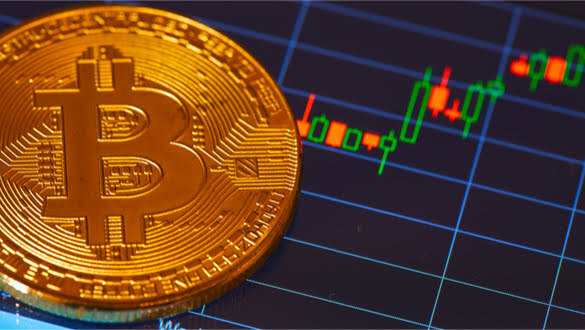 As the prices of Ethereum, Binance's BNB, Solana, Cardano, and XRP soar, Bitcoin is bracing for a massive earthquake worth 'trillions of dollars.'

The value of bitcoin and other cryptocurrencies has skyrocketed in recent weeks, with the total value of the cryptocurrency market already approaching $3 trillion.  Ethereum, Binance BNB, solana, cardano, and XRP have all seen double-digit percentage increases.

Since early October, bitcoin's price has risen from roughly $45,000 per bitcoin to all-time highs of $67,000 as of late last month, partly due to the introduction of the first bitcoin futures exchange-traded funds (ETFs) in the United States (ETFs).

However, bitcoin has lately retreated, despite significant new price objectives, even as ethereum and its smaller competitors have set record-breaking levels.

Following this, Michael Saylor, a bullish bitcoin buyer, has claimed that "trillions of dollars" would flood into bitcoin if the U.S. regulator authorizes a fully-fledged bitcoin ETF, assisting bitcoin in its quest to replace gold and establish itself as the dominant asset index in the Western world.

Microstrategy has been converted into a bitcoin acquisition vehicle by Saylor during the past year. The company has purchased more than 110,000 bitcoins.

It is estimated that MicroStrategy's bitcoin assets are worth around $7 billion, accounting for almost half of its $8 billion market capitalization.

Saylor anticipates that a spot bitcoin ETF in the United States will serve as an institutional on-ramp for investors seeking bitcoin exposure. He plans to continue purchasing bitcoin via MicroStrategy in the meanwhile.

Funds like this are already operational in a number of nations, including Canada.

After the debut of two bitcoin futures exchange-traded funds (ETFs) in the United States in October, the ProShares Bitcoin Strategy ETF racked up more than $1 billion in assets in only a few days, garnering widespread media attention.

Some, such as Nic Carter, general partner at Castle Island Ventures, have criticized futures-based exchange-traded funds (ETFs) for being "inferior" since they do not directly expose the underlying asset.

Carter and Saylor said that a spot bitcoin ETF would be "the hottest commodities ETF launch of all time" in their respective speeches.

"The correct response is to allow investors to purchase a trillion dollars' worth of bitcoin via an exchange-traded fund (ETF) since ETFs can be integrated into the current security system, existing prime brokerages, and existing collateral packages," stated Saylor.

As a result, optimistic bitcoin and cryptocurrency market observers continue to forecast that prices will soar until the end of 2021.

However, although bitcoin has lost value over the last week, ethereum has gained about 5 percent. Its two largest competitors, Binance's BNB and solana, both jumped by approximately 20 percent.

According to Lukas Enzersdorfer-Konrad, chief product officer of Vienna-based bitcoin and cryptocurrency trading platform Bitpanda, "intraday volatility is natural after such a positive month," but "the higher time frame is looking steady for the time being."

"Each day, the crypto market becomes increasingly interwoven into the international economy, demonstrating how vital it is to larger institutions, but it is also under pressure from macroeconomic events," says the author.

After the 2021 corrections cleaned out the speculative positions, we believe a melt-up in bitcoin and ethereum into year-end is more likely than a retracement. "Increased demand and adoption, as well as declining supply, will help to sustain a bull market," Bloomberg Intelligence senior commodity strategist Mike McGlone wrote in his latest market report, noting a "tidal wave of U.S. ETFs."

Bitcoin will be volatile, but it will 'go up forever: MicroStrategy CEO