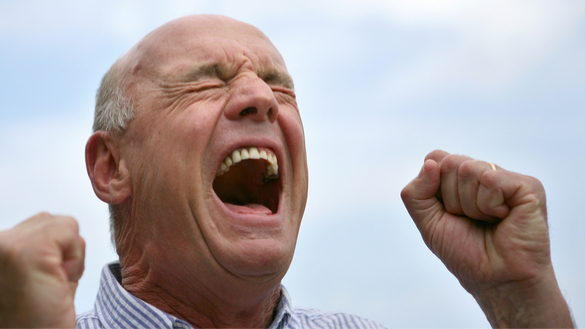 Accusing AT&T of negligence a California resident who claims to have lost roughly $24 million in cryptocurrency insists his loss is tied to the telecommunications giant in a 69-page complaint filed Wednesday, August 15, 2018, in U.S. District Court in Los Angeles its court filing Michael Terpin claims …

"AT&T's willing cooperation with the hacker, gross negligence, violation of its statutory duties, and failure to adhere to its commitments in its Privacy Policy,"

Terpin lost nearly $24 million worth of cryptocurrency, wants to be paid a $224 million for his loses, punitive damages and compensation for the emotional distress he’s suffered as the result of losing such a significant sum of money.

Mr. Terpin was using AT&T as his cellular service provider, said his cryptocurrency (digital tokens) were stolen through "digital identity theft" of his cell phone account. Terpin and has been the victim of two hacks within seven months.

Suffering the first hack of his phone, Terpin alleged that an impostor was able to get his phone number from an "insider cooperating with the hacker" without an AT&T store employee requiring him to show valid identification or provide a required password. That phone number was later used to access Tenpin’s cryptocurrency accounts, according to the lawsuit he filed…

“What AT&T did was like a hotel giving a thief with a fake ID a room key and a key to the room safe to steal jewelry in the safe from the rightful owner."

In an emailed statement released by AT&T stated:

"We dispute these allegations and look forward to presenting our case in court."

Bitcoin became known worldwide in December of 2017 when it reached soared in value to over $20,000. The cryptocurrency has since lost since that peak as much as 65% of its value; it’s now down and is down more than 50% so far this year. The news of this complaint against ATT and the hacking of $24 million cause not only Bitcoin to sell off,  Sell-offs across cryptocurrency markets this year.