In 2019 Over $4.3 Billion have been Stolen by Crypto Criminals 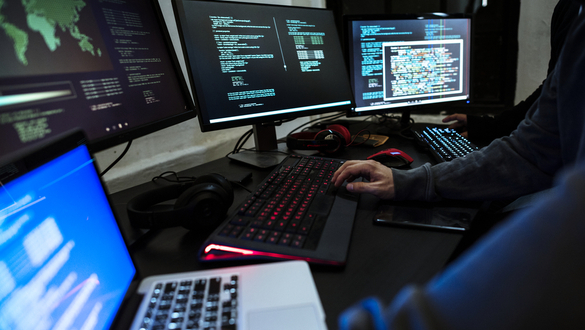 A Crypto crime wave is underway! Billions have been stolen in cryptocurrency online heists. This only adds to hundreds of millions of dollars in losses taking place due to lost passwords and corrupted computer equipment.

Cryptocurrency criminals are making it big this year, as per CipherTrace, a cybersecurity firm based out of Silicon Valley.

The firm’s CAML report was released today. It estimated that the total losses accumulated by crypto funds as a result of fraud, theft and other such crimes would cross $4.3B this year. This figure is much larger than the $1.1B that had been stolen in 2018.

CipherTrace’s report provides many reasons that have led to this. It also discusses many topics surrounding customer safety and cryptocurrency regulations. Over the past few months, cyber thieves and hackers have stolen around $160M from assorted cryptocurrency funds, although this figure could be much greater since the value of cryptocurrencies like Bitcoin had risen tremendously compared to their values when the data was first collected.

Cryptocurrency investors have fallen victim to many exit scams that are being investigated by authorities across North America. Among the most famous cases is the QuadrigaCX, which is a cryptocurrency exchange operating out of Canada, whose founder – the sole person in charge of the keys for accessing customer funds – passed away under mysterious circumstances while in India. Many investors were unable to get their funds back from this exchange. Class-action suits are likely to follow soon.

The cryptocurrency industry is beleaguered with multiple Ponzi schemes, involving companies like PlusToken. It is currently investigated for its potential losses valued at over $3B in cryptocurrency, as per CipherTrace findings.

Crimes like these have made cryptocurrency regulations a top priority for many legislative bodies across the globe. Leaders are using their authority to monitor cryptocurrencies more closely. Facebook’s Libra cryptocurrency is all set to enter the industry, which has led to many governments that include the UK and the US, to examine cryptocurrencies similar to a financial institution or a standard bank.

Cryptocurrencies are still a speculative industry at the moment. Since these digital assets tend to see huge price fluctuations in short periods, many investors gain wealth pretty quickly, leading to many malicious actors trying to take advantage of this.

Crimes like crypto-jacking, SIM-swapping, and other theft variants have opened the cryptocurrency space to huge losses. Firms like CipherTrace provide cryptocurrency investors with the necessary tools they require for keeping their assets and data secure.

On the bright side, the report stated that cryptocurrency and bitcoin remittance transactions increased 10x times or nearly 66% since 2017. Blockchain security and properties associated with such coins have enhanced cross-border transactions for people working overseas.

It also laid out the possibility that many U.S. residents could be hiding their money in their offshore accounts, which could indicate the prevalence of fraudulent activities like tax-dodging.