If China Bans Bitcoin Mining Crypto Could go to Over $10,000+ 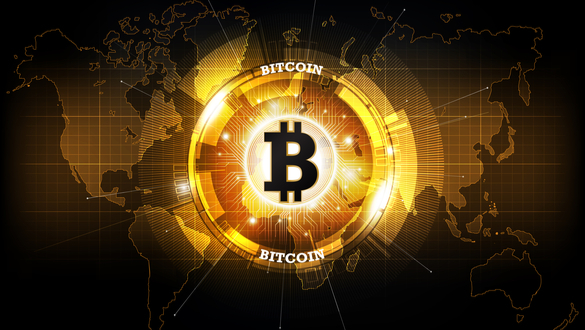 The Chinese government hates the untraceable nature of cryptocurrency and is taking steps to kill bitcoin mining to undermine this financial store of wealth they consider a tool of terrorists, anti-government activists and to weaken China’s economic system.

A detailed draft that lists industrial activities reflects the growing government pressure to crush and eliminate the use of cryptocurrency in China.

Ironically, China is the world's largest market for computer hardware designed to mine bitcoin and other cryptocurrencies, even though the wealth-creating activity is already taking place in a regulatory grey area, that violating could send those doing it to jail or a “re-education camp for a few years.”

China’s National Development and Reform Commission (NDRC) announced on Monday that it’s looking for their citizen’s opinions on a revised list of industries it wants China to encourage, restrict or eliminate. The annual list was first published in 2011.

The draft of the “naughty and nice” list this year included cryptocurrency mining, including that of bitcoin, to over 450 activities the NDRC insists should be made illegal and stopped because they do not adhere to existing relevant laws and regulations that are considered unsafe, waste resources or pollute the environment. The Chinese public has until May 7 to comment on the draft.

"The NDRC's move is in line overall with China's desire to control different layers of the rapidly growing crypto industry, and does not yet signal a major shift in policy,"

"I believe China simply wants to 'reboot' the crypto industry into one that they have oversight on, the same approach they took with the Internet."

It’s all about control, accounting, tracking and collecting fees and taxes. Several Chinese bitcoin traders who spoke to the media about the situation insisted on being anonymous for fear of being targeted for objecting to the proposed ban said they were not surprised by the government's move…

Bitcoin rallies back over $5,000 for the first time since mid-November, despite cryptoanalysts and traders admitting at the time they were puzzled by the sudden rally. The confusion is merely a lack of realistic thinking and analysis.

China is the most significant single source of Bitcoin via online mining. Bitcoin which amounts to almost half of the cryptocurrency market in the world,  and use to evade Chinese law enforcement and or taxes.

Bitcoin and other cryptocurrencies have been under heavy scrutiny in China since 2017 when regulators started to ban initial coin offerings and shut local cryptocurrency trading exchanges.

At the same time, China also began to limit cryptocurrency mining, forcing many firms - among them some of the world's largest - to find bases elsewhere or just shut down.

As much as half of bitcoin mining pools, which are groups of miners that team up for economies of scale - are located in the Asia-Pacific, according to a Cambridge University study released in December. Alex de Vries, a consultant with PwC in Amsterdam who specializes on blockchain and researches cryptocurrency mining was quoted yesterday as saying…

"Half of the network is probably located in China and that the number of mining facilities in the world is still limited to several hundred.”

Countries around the world that subsidize the price of electricity and keep it relatively cheap have emerged as major hosts of cryptocurrency mining. Mati Greenspan, an analyst with eToro in Israel, said yesterday that any ban by China would cut a vital supply of cheap electricity for the industry and raise the average cost to mine bitcoin.

However, familiar with the deals said that Hong Kong regulators were believed to have many questions about the companies' business models, prospects and traceability issues. All of which derailed these efforts to raise and find these companies.

The size of this market is still relatively small. In Canaan's IPO prospectus filed last year, sales of blockchain hardware primarily for cryptocurrency mining in China were estimated to be 8.7 billion yuan or US$1.30 billion in 2017, 45 percent of global sales by value.

Bitcoin is about supply and demand. Derailing the creation of new bitcoins will put a squeeze on the number of available bitcoins, and that could catapult bitcoin to $10,000 and even to as much as $50,000 in the coming 12-36 months.