How to Make the Most in the Current Bitcoin Bull Run 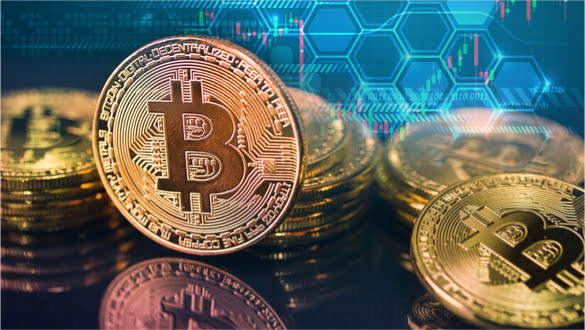 Many people worldwide are rapidly shifting to the decentralized digital finance, which is the cryptocurrencies, especially bitcoins, for their intrinsic value, which the fiat lacks. This is the time to invest in it before it is too late.

Uncertainty, speculation, and the fear of missing out have been the root drive to the bitcoin Bull Run over the years. For most of the netizens, there have been claims that the crypto space is merely just a bubble that calls for less risk-averse savers and investors. On the other hand, this has not been true since, so far, the crypto space stands the test of time and is seen to grow exponentially with the passing time. Many corporations and companies have started accepting bitcoin technology, and it is possible that many more are yet to follow the course.

With modern times, uncertainties regarding the financial crises and speculations that creep in, especially in the fiat and other centralized financing systems, have called for the need to adopt a more robust system. Cryptocurrencies with the market capitalization of Bitcoins have proved to be the most effective means for saving and investing stability since they are generally in sync with the inflation fluctuations. Most of the investors, including corporations, have turned to bitcoin as their new gold for the store of value.

Taking a look at the past crises within the financial sector, as per the research done by Swiss Crypto Bank, SEBA, a generalization of the cause of the crises is based on the centralized nature of the financial sector transfer of error from a single mistake. Here lies the reason behind the 2000 bubble within the dot-com system, the 1987 bubble of Black Monday, in addition to the fabled 2008 financial crisis. Since the bitcoin and the crypto at large is outside the centralized systems, it is possible that having them manipulable seems impossible since they’ve worked without much governmental control. In essence, they are never owned by any given government or body.

Most corporations have always avoided the crypto space since they apparently seem speculative, or more picturesquely, just a bubble. On the other hand, their decentralized nature and the utilization of blockchain technology have enabled them to thrive; with this, large corporations have gained confidence in them. At the moment, squares and PayPal have invested in the crypto space and are accepting bitcoin payments.

Even though only up to 1% of the global investment in the crypto space is from the world’s corporations, it is possible that soon, many more will take part and the percentage will increase considerably.

Up to 2017, the crypto space’s investment strategies have entirely been based on the fear of missing out; most critiques call it the safe haven for individuals within an irresponsible governmental system. Contrary to that, the crypto space is seen to dominate developed countries. The move has always been aimed at eliminating the fiat currency since the fiat generally lacks intrinsic value. With the principle of proof of work that the cryptocurrencies underpin their mode of use, the entire world may shift to it as the only existing financial system in the future to eliminate the inflationary printing of money out of nothing that has always existed with the centralized monetary systems.

As a result of the shattering of the 2017 crest that was regarded as the all-time high, bitcoin continued to rise in value. Bitcoin has so far raked returns to investors of up to 800%; at the time of writing this article, following the fluctuations in bitcoin’s value, it can be generalized that stability within its value is yet to be established. It is possible that soon, bitcoin will soar to the realms of up to $80,000 or even $90,000.

For your investment portfolio, you may include bitcoin as one of the income fortitudes within these turbulent inflationary hedges. Most analysts speculate that the dollar’s value may plummet due to factors including the lockdown, the central government’s stimulus bills, the restrictions and even the bigger impact caused by the Covid19.

The crypto space has not yet been utilized exhaustively, and it can be considered that more investors are yet to take part in the cryptocurrencies. With increasing public awareness and the drive towards the cashless systems that can connect trades and operations worldwide, it is advisable to be among the pioneers of bitcoins and cryptos in general. Storing value in gold has negative impacts since gold is relatively bulky and is often indivisible. Cryptos are currently referred to as digital golds, especially bitcoin, since they possess intrinsic value, unlike the fiat.

In case you are a newbie within the niche, it is advisable not to test the depth of waters with both legs. However, with the risk-takers, you can still trust the digitized integrity that utilizes a decentralized management system.

What is Bitcoin? Bitcoin Explained Simply for Dummies