How Low Will Bitcoin go? Is Cryptocurrency a Fad? 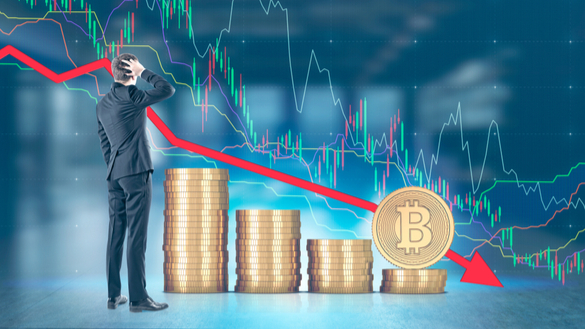 “An eventual break below $5,000 for Bitcoin opens the door to a test of $2,500 as Bitcoin retail traders move from buying on a dip to full-out panic mode.”

Bitcoin and competing Cryptocurrencies continued to head south after suffering the biggest one-day loss in eight months. Leaving both observers and participants in this are with the question…

Is Bitcoin and for that matter all Cryptocurrencies a dying fad?

The digital currency Bitcoin fell as much as 5.9 percent to $5,221, having plunged through a key resistance level Wednesday after a period of consolidation that ended up being the prequels to another big nose-dive instead of a rally. While Bitcoin took a beating many of the Cryptocurrency’s closest competitors also resumed sliding today. Even “Bitcoin Cash” which will split today into two coins, down another 10 percent.

The Bloomberg Galaxy Crypto Index’s fell 15% over speculation that the new Bitcoin Cash may be too much in the middle of the Cryptocurrency pessimism or is it as a result of the flood of new ICO’s.

The plunge disrupted came after a period of lower daily lows and selloffs for cryptocurrencies that have served only to engender skepticism that all of the cryptocurrencies are too unstable to be reliable enough as an investment or as a currency.

Just one week ago, Bitcoin’s 30-day volatility had dropped finally to 21.2, which was below the ^VIX that’s tied to the Standard & Poor’s 500 index for the first time in two years. Stephen Innes, head of trading for the Asia Pacific as Oanda Corp., said in a note…

Innes went on to say the disruption over the new Bitcoin Cash fork has created too much “noise” that triggered a “when in doubt get out´´ cause and effect. Innes warned …

“an eventual break below $5,000 for Bitcoin “opens the door to a test of $2,500 as Bitcoin retail traders move from buying on a dip to full-out panic mode.”

Keep an eye on further declines in the DMI, or Directional Movement Index which is already at the largest negative reading since 2016. There may be much more pain ahead.