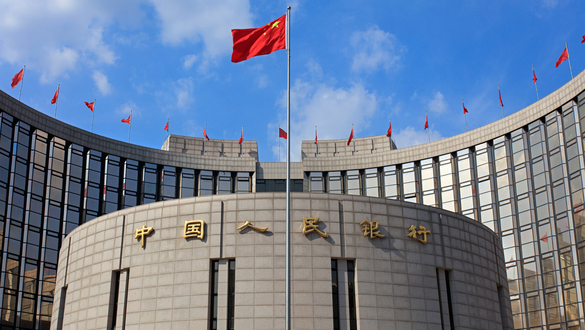 The PBOC (People’s Bank of China) announced last month that it was close to unveiling a digital currency, stating that the intention behind this move was to defend its FX sovereignty.

If all goes as per plan, the yuan could soon become a popular currency across the world, with extensive usage potential in several everyday transactions.

The Chinese central bank is planning to launch this digital token via a 2-tier system, which would make commercial banks and the Peoples Bank of China (PBOC) legitimate issuers of this currency.

CEO Allaire stated that this move could help fulfill several objectives that China has in mind. The most significant advantage would be the worldwide distribution and usage of China’s yuan currency.

Allaire, who is also known for founding Brightcove, a video streaming service, explained that this digital currency could enable the usage of the Chinese yuan in daily transactions across the world. It would eventually enable the yuan’s transformation into a global currency.

Beijing has been pushing hard in the last few years, trying to convince more global entities to utilize the Chinese yuan in their transactions.

Currently, the US dollar happens to be the world’s preferred reserve currency with over 58% of all FX global reserves being stored in the form of US dollars, as per data from the IMF. Over 40% of the entire global debt happens to be dollar-denominated as well.

PBOC’s payments department’s deputy director Mu Changchun has stated that this new Chinese digital currency would be similar to Libra coin, a proposed digital currency, currently being developed by Facebook. It would also be highly safe and reliable, just like paper notes issued by the Central Bank, he claimed. Platforms like WeChat (owned by Tencent) and others would be able to utilize it. No internet connection would be necessary for using this new currency.

Libra coin, which was first unveiled back in June, happens to be supported by government-issued monetary instruments – which is highly stable and reliable – unlike cryptocurrencies such as bitcoin that are speculative and highly volatile.

Facebook stated that Libra would help people store their money free of cost on their smartphones. People would also be able to receive and send Libra across the world in a secure manner.

Allaire explained that this new Chinese digital currency would altogether bypass Western banking systems, SWIFT & other regulations. He was talking about SWIFT, a Belgium-based regulatory agency that enabled financial institutions dealing in international payments to receive and send relevant information.

This digital currency served several strategic needs, he said. He also added that authorities would be able to track monetary flows in an easier manner, which would aid Beijing in tackling issues like money laundering and corruption.