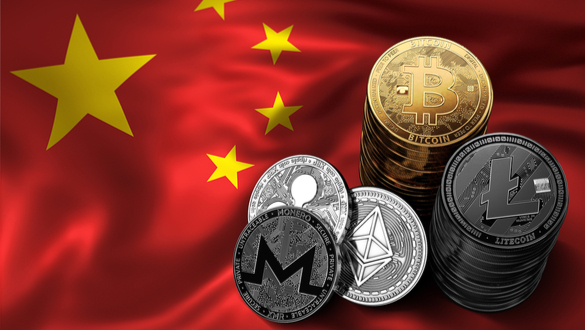 This is another threat to the U.S. Dollar as the world’s reserve currency.

A few weeks ago, Chinese officials had announced the launch of the country’s Central Bank-issued digital currency that would compete against the likes of Facebook’s Libra and stop its impending advance.

China announced recently that its cryptocurrency is now operational. But will it be able to counteract the alleged threat that China’s top official state is posed by Facebook’s Libra project?

In a few weeks, China’s government has moved from simply accelerating its efforts for a digital cryptocurrency to announcing its release. However, senior analyst Mati Greenspan of eToro stated that this announcement could have another meaning. He stated that while China had the technical abilities to launch a cryptocurrency in a short period of time, an extensive amount of political capital would still be required to pull this off.

He said that capital controls, currently in place in China, were extremely tight. Officials were constantly monitoring the money supply. He cautioned that China’s announcement could simply have meant that they were prepared to back the project, and not that the project was complete.

Greenspan stated that China’s digital cryptocurrency wasn’t capable of eliminating Libra completely since they weren’t even competing in the same field. Libra is designed to be a cryptocurrency with global outreach, that can be used by customers living across the globe while China’s cryptocurrency has been designed for its citizens living in the country.

China’s government officials have had mixed feelings in the past regarding cryptocurrency. Recently, the government has started taking steps to ban ICOs and foreign exchanges. Plans are even being debated for ending Bitcoin-mining related operations.

Greenspan holds that this new cryptocurrency has been designed for the Chinese government to maintain its ironclad control. This move would give it an opportunity for monitoring all financial activities that take place going forward.

He said that the government wanted more surveillance and control. Introducing a new cryptocurrency would provide it with more authority. Providing financial freedom to the people was most definitely not the intention behind this project, he said. China’s government intends to use its cryptocurrency for monitoring transactions.

The irony is, even Libra has been accused by some of doing the same.

Facebook was accused of selling the private data of its users to 3rd parties for boosting its advertising program. Many experts are now wondering whether the Libra project is being built to monitor customer activity.

Greenspan is not completely sure about the intentions behind Libra. However, he mentioned that Libra was a product of capitalism, whereas the Chinese cryptocurrency would have its roots in communism.

He stated that the management of Facebook’s currency would be done by a group of one hundred corporations, a move that’s both uncomfortable and strange, but still follows capitalistic values. In contrast, China’s digital currency is likely to be a 2-tiered system, with the government having final authority over all the transactions conducted through it. Chinese commercial banks are supposed to form the 2nd tier. It is unlikely anyone else would be allowed to operate a node.

However, these banks will require approval from China’s government, he said.