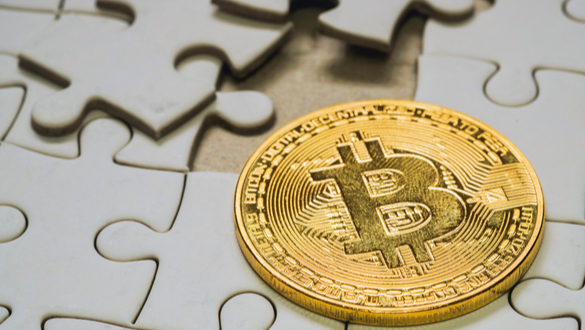 The sudden death of the 30-year-old CEO of Digital-asset exchange Quadriga CX leaves the five-year-old Canadian company and its cryptocurrency clients high and dry in the latest debacle in this unregulated market.

According to court papers filed on January 31, 2018, in Halifax, Nova Scotia the 30-year-old CEO of Quadriga CX, an online Canadian startup focused on Bitcoin, Litecoin, died suddenly on December 9, 2018, in India as a result from complications arising from Crohn’s disease.

According to the court documents the deceased company’s Chief Executive Officer Gerald Cotten died without sharing with anyone the passwords to access to Quadriga CX’s digital “wallets” -- the encrypted software application allows the sending and receiving cryptocurrencies. As a result, the surviving management of Quadriga CX and its clients are unable to retrieve an estimated C$190 million ($145 million).

Cotten apparently had no back up in place in case of his demise and took sole responsibility for the handling of funds and digital coins as well as for the firm’s banking and accounting side out of fear of being hacked. Cotten’s concern over the security dangers made sense given that Virtual cryptocurrency exchanges have been victim to five major hacks including two of the biggest the Mt. Gox debacle of 2014 and the theft of nearly $500 million in digital tokens from Coincheck Inc. in 2018...

According to an affidavit by Cotten’s widow, Jennifer Robertson she can’t find his passwords or any business records for the company. Expert hackers brought in hopes of recovering the passwords from Cotten’s computers, and digital phones have been unable to circumvent the enc USB encryption according to the court filings.

Quadriga CX’s surviving directors posted a notice on the firm’s website on January 31, 2019 that it was petitioning a Nova Scotia court for creditor protection while the firm addresses its “significant financial issues" that is affecting their ability to serve customers. A hearing is scheduled for Tuesday, and Ernst & Young has been chosen as a proposed bankruptcy monitor…

“For the past weeks, we have worked extensively to address our liquidity issues, which include attempting to locate and secure our very significant cryptocurrency reserves held in cold wallets, and that are required to satisfy customer cryptocurrency balances on deposit, as well as sourcing a financial institution to accept the bank drafts that are to be transferred to us,"

“Unfortunately, these efforts have not been successful."

Despite the court filings, the circumstances surrounding the missing $140 million has fanned a great deal of doubt and speculation that this is yet another cryptocurrency scam. Rumors and speculation on Reddit’s online forums would include many wondering aloud if the business was a fraud, with many calling for class-action lawsuits.

Other posters following the events are wondering openly as to whether the firm’s CEO Gerald Cotten is really dead. Some are speculating the Quadriga CX funds have been moved and that Cotten made off with all $140 million. Another cautionary tale from what has become the wild, unregulated Cryptocurrency market.