Where did Earth's Gold Come From? 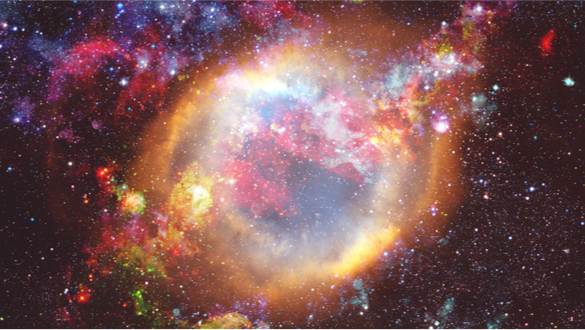 Of all the gold ever refined, 600 tons were created 4.6 billion years ago, when two neutron stars collided -1,000 light-years away.

Sixty years after Margaret Burbidge and her colleagues determined that violent cosmic explosions must have created the universe's heaviest elements, the first neutron-star collision was detected. When LIGO and Virgo detected a collision in 2017, gravitational waves observed led to a global hunt for the cosmic flash created by the debris of the neutron stars. These findings made neutron stars the most probable candidates to have created Burbidge’s elements.

Burbidge’s process creates, amongst others, radioactive elements that decay steadily after they were initially created. These elements carry information about their origin by acting as ever-present cosmic clocks. Some of these clocks pointed to a collision involving a neutron star that happened a mere 1,000 light-years from what is the solar system today. This event was responsible for creating 0.3% of some of the heavy elements found on Earth, including iodine, uranium, and gold.

Matter deposited by this event is pervasive. Humans all have some matter in them that came from the collision, mostly as iodine. Of all the gold ever refined on Earth, 600 tons came from this collision. A nuclear reactor contains 200 kilograms of this matter, a Tesla Model 3 five grams and a gold wedding ring 10 milligrams.

Neutron stars are dead stars that are ultra-compact and are formed when huge stars collapse due to their gravitational pull. Although they can weigh as much as our sun, their size is only that of NY City. They are massive atomic nuclei, primarily made up of neutrons.

Scientists have long theorized that neutron stars will occasionally collide with each other, but the conclusive proof was elusive. In the early 1960s, Freeman Dyson suggested that two neutron stars closely orbited each other and was interested in finding ways of extracting energy from such systems. In the 1970s, Joe Taylor and Russell Hulse were the first to detect two neutron stars that were close to each other. These stars are expected to collide in 300 million years as their distance apart is decreasing continuously due to gravitational waves.

The first clue of neutron-star collisions was an unexpected result of the cold war. A network of military satellites, known as Vela, was launched by the U.S. during the 1960s to monitor Soviet Union compliance with a nuclear test ban treaty. The satellites however detected mysterious signals from outer space, instead of rogue detonations on Earth. These cosmic flashes of energetic photons are known as gamma rays, and some of them were later shown to be signs of neutron stars colliding billions of light-years away.

In 2017, the Virgo detector in Europe and the LIGO detectors in America picked up a gravitational wave signal that was recognized as a collision of neutron stars some 130 million light-years away. This proved for the first time that these collisions do happen. Although this event was distant, the fact that LIGO and Virgo had only monitored the sky for about four months before detecting it meant that neutron stars collide regularly. In the Milky Way, it is estimated that a collision occurs every 100,000 years.

Where and when neutron stars collide is important for the birth of the solar system. Before the planets and our sun were shaped, the matter that they’re made was only a primordial cloud of dust and gas. This cloud was an order of magnitude bigger than what the solar system is today, and it cast a massive cosmic net collecting atoms that traveled between stars in the interstellar medium. Some of this matter in the pre-solar cloud originated with neutron stars colliding, including most of the uranium, platinum, gold and other heavy elements found on Earth today.

We can use radioactive isotopes that were formed by neutron star collisions and dropped in the pre-solar cloud to reconstruct what happened. Although many of these isotopes have decayed since their presence was recorded in meteorites formed soon after the collapse of the pre-solar cloud started forming the planets and sun.

Information contained in radioactive isotopes is enlightening. It was discovered the relative quantities of various short-lived isotopes with a half-live smaller than 100 million years is indicative of them originating from neutron stars, as they are not consistent with any other type of cosmic explosion, i.e., supernovas generated by huge stars dying. Supernova explosions happen 1,000 times more often in the Milky Way than what neutron star collisions do.

The shortest-lived isotopes would, therefore, be replenished regularly if they were produced by a supernova, making it certain they would be present when the solar system formed. For neutron star collisions, the short-lived isotopes would be depleted soon after and would remain depleted until the next collision. It is therefore probable that this isotope was depleted at the time of the solar system forming. The abundances of short-lived iodine-129 and curium-247 isotopes in the early solar system indicate this depletion, thereby ruling out supernovas.

When Burbidge did her original work, and in the years after that, it was still believed supernovas were the main source of the heaviest elements. This model was challenged by numerous pieces of evidence, including the optical signal observed by Virgo and LIGO when they detected the neutron star collision.

Radioactive isotopes also suggest a collision close to the pre-solar cloud. By comparing numerical simulations of the Milky Way with the measured quantities, it was found that a single collision likely produced a significant portion of the early solar system’s short-lived elements. Curium’s longest-lived isotope with a half-life of 15.6 million years, was for example mainly produced by one collision.

Elements produced by neutron star collisions play an important role in our lives. These include valuable metals, including platinum and gold, and elements required to manufacture modern electronic devices. Some are even critical to life itself, e.g. iodine. If the rate of collisions had been different, or if Earth had been in a different section of the Milky Way, our environment may well have been very different.

With new kinds of observatories being built that can detect neutrons or gravitational waves, the universe’s exploration relies increasingly on looking at information from different cosmic messengers in combination. In a new field known as multi-messenger astrophysics, the solar system’s radioactive elements are a valuable addition. 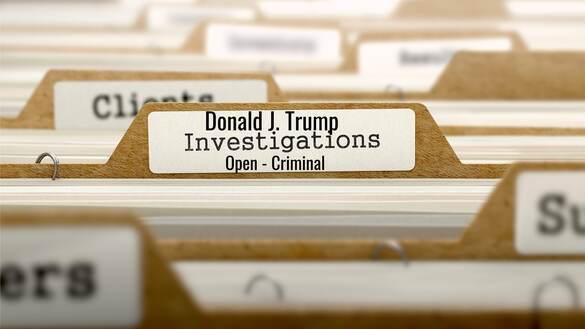