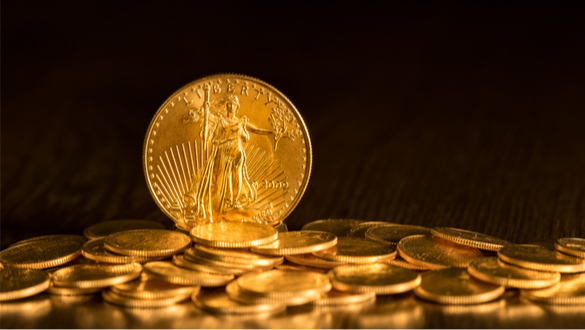 The price of gold Gold has made a new recent high for 2019 as rumors fly around about the Federal Reserve & several other global central banks easing their monetary policies for supporting growth. Trump’s demand that the Federal Reserve cut rates by 100 basis points and begin quantitative easing is the kind of policy that could aggravate the current trade and currency war and double the price of gold by-election 2020 here in the United States.

Mark Mobius, a veteran investor, has advised consumers to purchase gold, stating that accumulating gold bullion will pay off in the long run, as central banks ease their monetary policies. He maintained that increasing cryptocurrency popularity indicated that it was now time to invest in genuine, tangible assets.

Mobius, the founder of Mobius Capital Partners LLP, stated that the long-term prospects of gold are now up, thanks to the rising money supply in the system. He had previously worked for 30 years at Franklin Templeton Investments. He mentioned that purchasing gold was a smart move to make now, no matter what the price level.

Gold prices reached record-breaking highs during this month for 2019, as rumors fly around about the U.S. Federal Reserve & several other global central banks easing their monetary policies for supporting growth. The economy has been hurt severely by the ongoing United States-China trade war, which has necessitated this move. The U.S. Treasury market has started displaying signs of an oncoming recession, causing investors to place their trust in bullion-backed ETFs.

Mobius stated that since central banks are currently rushing to reduce interest rates, they would be printing money in record numbers. He recommended allocating 10% of one’s portfolio for physical bullion. However, he didn’t specify an exact gold price target during his interview.

The increasing popularity of various digital currencies like Bitcoin has led rise to a debate among precious metals players about their inherent value and discussion whether this rising popularity would wean consumers away from gold, which has been a traditional value haven. However, Mobius stated that adoption of digital currency would boost precious metal consumption.

He stated that he considered new digital currencies to be ‘psycho currencies’ since Bitcoin’s value was propelled only by consumer faith and nothing more. With the increasing popularity of cryptocurrencies, more demand for tangible, real assets would arise as well, which includes the yellow metal.

With the global economy slowing down, central banks are now taking accommodative positions. The Federal Reserve reduced interest rates during the last month, a first in over 10 years. Chinese authorities are delivering targeted support, as well.

Mobius predicted that rates would reduce in various locations across the world, including China. We seem to be on the verge of adding a serious currency war that will compound President Trump’s trade war.