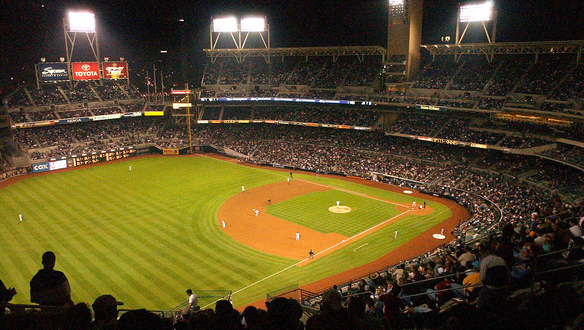 For more than a hundred million baseball fans, there is ‘joy in Mudville’ today. Players and MLB agreed for a 60-game season; Opening Day set for July 23rd or 24th.

America’s favorite past time is returning thanks to MLB and the Major League Baseball Players Association (MLBPA).  The two associations finalized a health and safety protocol Tuesday night; players will report to camp July 1st; their home ballparks for a mini spring training.

“The health and safety of players and employees will remain MLB's foremost priorities in its return to play. MLB is working with a variety of public health experts, infectious disease specialists, and technology providers on a comprehensive approach that aims to facilitate a safe return.”

“The proposed schedule will largely feature divisional play, with the remaining portion of each Club's games against their opposite league's corresponding geographical division (i.e., East vs. East, Central vs. Central and West vs. West), to mitigate travel. The vast majority of Major League Clubs are expected to conduct training at the ballparks in their primary home cities.”

Commissioner Manfred was quoted as saying…

"Major League Baseball is thrilled to announce that the 2020 season is on the horizon.  We have provided the Players Association with a schedule to play 60 games and are excited to provide our great fans with Baseball again soon."

MLB owners voted Monday night unanimously to have Manfred mandate a season. Manfred had asked the MLBPA to respond by 5 p.m. ET so that the MLB could go ahead the season. When the MLB and players failed to reach a modified agreement for a 2020 season despite weeks of negotiations, Manfred had the right to impose a schedule thanks to a deal the two sides struck in March.

The news of a 2020 baseball season comes at a time that 40 MLB players and staff members reportedly tested positive for the novel coronavirus in the past few days. MLB has also reportedly ordered all spring training sites to be closed and sanitized, and personnel must test negative for COVID-19 before being allowed to return.

1. The format of regional schedule finalized

The exact schedule still needs to be made, but we know the structure of it. Every team will play 40 games against divisional foes (or 10 apiece) and 20 interleague games against the geographical equivalent. The Nationals, for example, will play all their games against NL and AL East teams.

The selection of each team’s 60-player rosters for big-league spring training is due to be delivered to the MLB office by Sunday at 3 p.m. ET, according to The Athletic's Jayson Stark.

Jayson Stark also tweeted teams don't have to invite all 40 of their players on the 40-player roster to camp, but that those players must be paid regardless of their invite status.

Once the season begins, teams will carry an active roster of 30 players; this will drop to 28 after two weeks, then 26 after four weeks, according to MLB.com's Mark Feinsand.

Besides a universal DH throughout MLB, another dramatic rule change will have a base runner placed on second at the start of every half-inning in extra innings. CBS Sports reports …

“MLB has been experimenting with this wrinkle in the minors. The purpose is to hasten games, and to avoid marathon contests that could prove particularly grueling this year.”

“The rule has succeeded in those efforts at the minor-league level. According to Baseball America's J.J. Cooper, more than 70 percent of extra-inning games have been resolved after a single inning during the 2018-19 seasons. In the two years prior, that was true in just 45 percent of contests.”

Teams will be able to negotiate and close transactions starting Friday at noon.

MLB has moved the trade deadline to the midpoint of the shortened 60 game season from July 31st to August 31st.

According to ESPN's Jeff Passan, MLB will have a COVID-19-specific inactive list that players will be placed on if and when they test positive or show symptoms. There will be no set amount of time for the player to sit out, unlike the injured list, which requires hitters to miss at least 10 days.

7. Do unsigned players head to Nashville?

“The most surprising element of the details revealed so far. Per Stark there may be two teams playing in Nashville, these teams would be made up of unsigned who would be paid to remain in shape as potential replacement players, should the need arise. It’s a brilliant approach to the obvious danger during the ‘season of the pandemic.”

Teams could add players if this idea is put into place, by agreeing to pay the players they need to draft as Covid-19 replacements. The details are still unclear; it's a possibility being discussed.