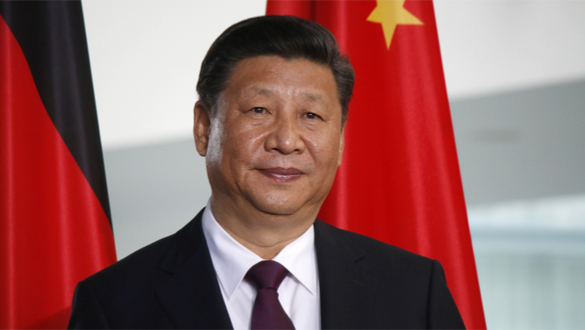 Beijing has issued a strong warning, implying that if Nancy Pelosi goes ahead with her planned trip to Taiwan, China may retaliate with military force.

During a time of rising tensions between Washington and Beijing, the White House reports that President Biden had a telephone conversation with Chinese leader Xi Jinping that lasted for over two hours on Thursday. According to reports, the two discussed topics such as global warming, human rights, the fight against drugs, and Russia's involvement in the conflict in Ukraine. According to statements made by Press Secretary Karine Jean-Pierre, the talks were held with the intention of repairing the relationship between the United States and China.

On Thursday, President Joe Biden and Chinese President Xi Jinping held their fifth call as leaders. During this call, Xi warned against "playing with fire" regarding Taiwan, as concerns mounted over the possibility of House Speaker Nancy Pelosi visiting the Chinese-claimed island.

It is anticipated that House Speaker Nancy Pelosi will soon embark on a tour of several Asian nations, including a stop in Taiwan. Pelosi is expected to visit Taiwan at some point during her trip. Since Newt Gingrich's trip there in 1997, Ms. Pelosi's visit to the island would make her the highest-ranking official from the United States to go there.

After the call, the Chinese Ministry of Foreign Affairs stated that Xi had cautioned President Biden about the United States support for Taiwan, including House Speaker Nancy Pelosi's planned visit to the island in August. According to a quotation attributed to Xi, "Those who play with fire will perish by it."

According to reports published by the Chinese state media, Xi told Biden, "Those who play with fire will only get burned." "We hope the American side can get a clear picture of this."

Washington and Beijing have had a contentious relationship for a very long time due to Taiwan, which is an island with a population of 23 million people located 80 miles off the coast of China. These tensions have reached an all-time high at this point.

Beijing has issued escalating warnings about the repercussions that could occur if Democratic Representative Nancy Pelosi visits Taiwan. This would be a dramatic, though not unprecedented, show of U.S. support for the island, which claims it is facing increasing Chinese military and economic threats. Pelosi is a Democrat, just like President Joe Biden.

The U.S. and China's relations have become increasingly strained due to rising tensions over democratically governed Taiwan. Xi has vowed to reunite with the mainland by any means necessary, including military force. At its core, however, U.S. officials stated that they saw the exchange as another opportunity to manage competition between the world's two largest economies.

Because of its "one-China policy," the United States government does not recognize Taipei as an official diplomatic entity and instead maintains diplomatic relations with Beijing. However, under United States law, it is required to give the island the means to defend itself, and there has been growing pressure in Congress for more overt support.

John Kirby, a spokesman for the White House's national security team, told reporters in advance of the call that this is about maintaining open lines of communication with the president of China. "This is about keeping the lines of communication open with the president of China, one of the most consequential bilateral relationships that we have, not just in that region, but around the world because it touches so much," Kirby said.

According to one person who was briefed on the planning for the call, the Biden administration believes that engaging in leader-to-leader dialogue is the most effective way to reduce tensions regarding Taiwan.

Some analysts believe that Xi Jinping is interested in avoiding escalation because he is seeking an unprecedented third term in office at a congress of China's ruling Communist Party that is expected to take place in the fall.

According to the person who was briefed, President Biden also wanted to discuss climate change and economic competition issues. He also wanted to talk about the possibility of putting a price cap on Russian oil as a way to punish Moscow for its involvement in the war in Ukraine. This was an issue that Treasury Secretary Janet Yellen brought up with Chinese counterparts earlier in July.

However, U.S. officials have stated that a decision is not expected to be made prior to the call, despite the fact that the Biden administration has debated whether or not to lift some tariffs on Chinese goods to reduce soaring inflation.

The last time President Biden spoke to Chinese President Xi was in March. He warned that there would be "consequences" if Beijing provided material support for Russia's war. The U.S. government is of the opinion that this red line has not been crossed in the months since the warning was issued.

Taiwan has been complaining about increased Chinese military maneuvers over the past two years to coerce it into accepting Beijing's sovereignty. These maneuvers have been stepped up. Just before Thursday's call, Taiwan's military said it fired flares to warn away a drone that "glanced by" a strategically located and heavily fortified island close to the Chinese coast that was possibly probing its defenses. The island is located in the Taiwan Strait, which is a disputed territory between Taiwan and China.

The White House has stated once again that its policy of "one China" has not changed, despite the fact that there has been speculation regarding a possible trip by Pelosi, which the speaker has not yet confirmed.

Some analysts are concerned that such a visit during strained relations could spark a crisis across the 100-mile-wide (160-kilometer-wide) Taiwan Strait waterway that separates China and Taiwan. China has grown more powerful militarily and economically since the time of the previous visit.

If Pelosi, a longtime critic of China, particularly on human rights issues, does go to Taiwan, China has given few hints as to specific responses it might take. China has also given few clues as to what those responses might be.

Ms. Pelosi has put President Biden in a precarious position with her actions. As the head of a legislative body that is distinct from the executive branch but on an equal footing, she and her staff maintain that the Speaker has the authority to travel wherever she pleases.

The United States adheres to a policy known as "one China," which acknowledges but does not endorse the Chinese position that Taiwan is a part of China. This diplomatic arrangement was adopted by Washington in 1979 when it recognized China's Communist rulers for the first time. It is part of an intentionally ambiguous diplomatic arrangement.

The President has stated on three separate occasions, the most recent of which was in May, that the United States would send military aid to Taiwan in the event of an invasion by China. On each occasion, the White House attempted to take back the president's statements by asserting that the "strategic ambiguity" policy would continue. This policy dictates that Washington would continue to withhold information regarding the degree to which the United States would assist Taiwan using force.

The United States of America has strong diplomatic ties with China, as evidenced by the presence of a large embassy in Beijing and four consulates throughout the country. However, due to the militaristic, economic, and ideological competition between the two countries, relations are at an all-time low.

R. Nicholas Burns, serving as the United States ambassador to China at the moment, is one of the most experienced diplomats in the country. The United States maintains a representative office in Taiwan known as the American Institute in Taiwan. This office is overseen by a low-level official from the Department of State. At the same time, the United States government provides Taiwan with military assistance and arms worth billions of dollars.

The Speaker has a history of expressing unfavorable opinions regarding China. In Beijing, people consider her to have an antagonistic attitude.

In 1991, when Ms. Pelosi was serving her second term as a congresswoman from California, she traveled to Beijing. This was two years after Chinese troops opened fire on student protesters around Tiananmen Square, killing hundreds or even thousands of people.

Ms. Pelosi unfurled a banner in memory of the deceased students as she made her way to the square, where she was joined by a number of her congressional colleagues and a small group of reporters. The words "To Those Who Died for Democracy in China" were written on the banner.