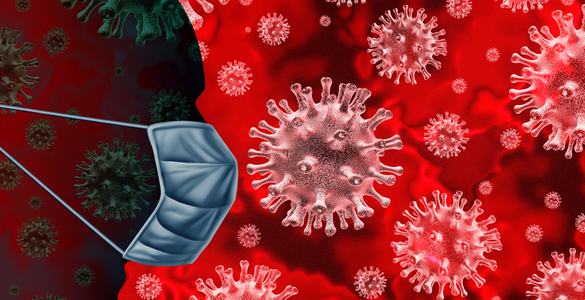 Despite every effort to prevent the coronavirus (COVID-19) from being declared a pandemic, the World Health Organization (WHO) could no longer put off the declaration. With the mounting infections and slow government responses, they were compelled to declare the global coronavirus crisis a pandemic.

The World Health Organization officially declared the coronavirus a pandemic today but also is still insisting that it's not too late for countries to act.

By finally capitulating and recognizing the coronavirus sweeping the globe as a “pandemic,” the World Health Organization (WHO)  appears to be hoping to shock the potentially deadly lethargic response by countries around the world into pulling out all the stops.  They aim to help contain and mitigate the spread of this virus that’s 20 to 30 times more deadly than the common flu.

Tedros Adhanom Ghebreyesus, the WHO chief, said today during a news conference…

“We have called every day for countries to take urgent and aggressive action. We have rung the alarm bell loud and clear.”

"All countries can still change the course of this pandemic. If countries detect, test, treat, isolate, trace, and mobilize their people in the response."

The World Health Organization finally acknowledged that Iran and Italy are the new front lines of the battle against the virus that is believed to have started in Wuhan China.

“They’re suffering, but I guarantee you other countries will be in that situation soon,"

Italy, which has been virtually shut down is now weighing imposing even tighter restrictions on daily life and has announced billions in financial relief Wednesday to cushion economic shock this deadly coronavirus is unleashing. The pandemic has literally brought complete silence to the usually bustling heart of the Catholic faith, St. Peter’s Square.

“…fighting Italy's more than 10,000 infections — the biggest outbreak outside of China — must not come at the expense of civil liberties. His caution suggested that Italy is unlikely to adopt the draconian quarantine measures that helped China push down new infections from thousands per day to a trickle now and allowed its manufacturers to restart production lines.”

Iran, the hardest-hit country in the Middle East so far, has revealed that its senior vice president and two other Cabinet ministers have been diagnosed with COVID-19. In its report, the country reported that its death count jumped by 62 to 354 in the last 24 hours.

In China, they are now worried that the coronavirus will re-enter the country from abroad.  Beijing’s city government announced that all overseas visitors would be quarantined for 14 days. According to Beijing’s authoritarian government, 24 new cases that it reported Wednesday, five of them arrived from Italy; one arrived from the United States.

China claims to have over 81,000 virus infections and over 3,000 deaths; however, news reports put the country’s official infection and death count in question. It still has over 300 million kids out of school in quarantine.

The decision to declare this a pandemic won’t help the steady global economy. After rallying over 1100 points yesterday, U.S. stocks reversed course, and even before WHO made their pandemic declaration sank another 1100 points in early trading Wednesday. Wall Street appears to be in a continued meltdown and about to become a bear market.

In the United States,  the caseload passed 1,000, and outbreaks on both sides of the country stirred alarm; experts are warning that Hospitals could be overwhelmed in 30 days or less.

During a Congressional hearing in Washington D.C., Dr. Anthony Fauci, director of the National Institute of Allergy and Infectious Diseases, told lawmakers….

“Bottom line, it's going to get worse."

In Germany, Chancellor Angela Merkel warned its citizens if the virus is not halted by vaccines or a cure, up to 70% of the country’s 83 million people could ultimately become infected. She was are citing estimates that epidemiologists have been suggesting as a worst-case scenario for the last few weeks.

So far, Germany has some 1,300 confirmed cases of the infection. Merkel’s comments fit a pattern of government officials using sobering warnings to try to get people to protect themselves, most notably by washing their hands and not gathering in large numbers.

Here in the United States, travel and normal business are slowing to a stand-still. Dozens of coronavirus cases have been tied to a business conference held in Boston, and leaders in multiple states are increasingly announcing curbs on large events.

Colleges are emptying their classrooms and moving to online instruction. Even major sports are being affected; major league baseball season and college basketball’s championships are at risk of being canceled. Also, Las Vegas world-famous buffets are being impacted, with some of the strip’s biggest being closed as a precaution against the spread of the virus.

Silvana Gomez, a student at Harvard University, said undergraduates were told to leave campus by Sunday.