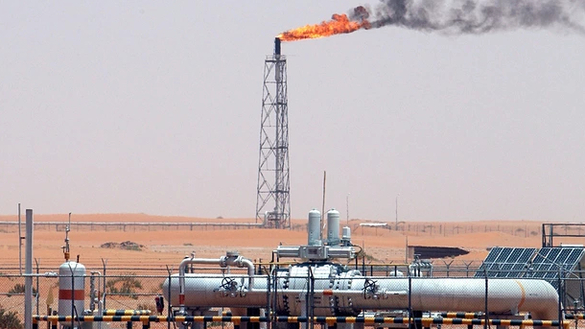 Oil prices averaged $53 per barrel in 2017. The World Bank predicted in its April Commodity Markets Outlook, the average price would rise in 2018 to $65 a barrel - a 22.6% rise. But for many petroleum states outside of Saudi Arabia, break even is closer to $80 a barrel.

This latest prediction of $65 barrel for this year is revision upward of a whopping 16-percentage point upward revision from the bank’s previous commodity market outlook published in October of last year.
The World Bank now expects prices of energy commodities—crude oil, natural gas, and coal—to jump as much as 20 percent in 2018.

Russia the world's single biggest oil exporter is however besieged by Western sanctions since its invasion the Ukraine and annexation of Crimea in 2014 and the collapse of oil prices since 2014 was finally forced to agree to 1.8 million a day coordinated production cut with OPEC and non-OPEC producers.

The combination of the cut in production and the collapse of Venezuelan production that has taken place as the nation struggles for its economic survival have driven Brent Crude to $73 a barrel and WTI to $68 per barrel as of Thursday's close.

“Strong oil demand and greater compliance by the OPEC and non-OPEC producers with their agreed output pledges helped tip the market into deficit,” said John Baffes, Senior Economist and lead author of the Commodity Markets Outlook.

“Accelerating global growth and rising demand are important factors behind broad-based price increases for most commodities and the forecast of higher commodities prices ahead,” said Shantayanan Devarajan, World Bank Senior Director for Development Economics and acting Chief Economist. “At the same time, policy actions currently under discussion add uncertainty to the outlook,” Devarajan noted.
“Although prices are projected to decline from April 2018 levels, they should be supported by continued production restraint by OPEC and non-OPEC producers and strong demand,” the World Bank said in its commodity outlook.

According to the World Bank, many analysts and investment banks oil prices could rise in the coming weeks and months because of production constraints faced by U.S. shale production, geopolitical tensions in several producing nations, and the U.S. possibly not waiving its sanctions on Iran on May 12th.

In terms of downside risks to oil prices, the World Bank’s picks are potential weakening in compliance in the OPEC/non-OPEC production cuts or “outright termination of the accord”, growing oil production from Libya and Nigeria, and faster-than-anticipated U.S. shale production.

What The World Bank is not calling attention to is the instigation between Hamas, Iran and both Israel and Saudi Arabia in Syria by Putin.

Russia needs oil over $80 a barrel to reverse steady drain on its foreign reserves which according to the kleptocrat authoritarian regime hasn't fallen from its $463 billion 2014 level when oil crashed form over $100 a barrel to just over $30.

The fastest way to raise the price of oil is getting the Israelis to target energy production and military targets inside Iran in response to Iran, directly and indirectly, targeting inside Israel or building forces in Syria to invade Israel. Putin is arming Syrian and Iranian forces and hoping to ignite the middle east for one purpose -- pushing the price of oil over $90 a barrel.