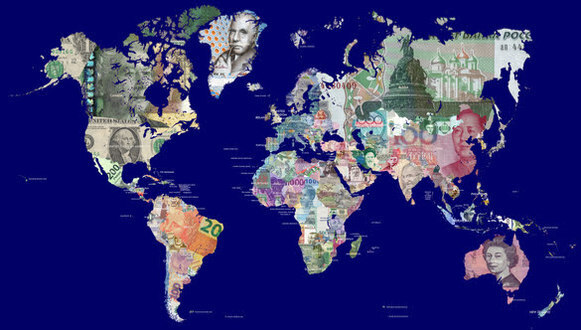 The World Bank, the international economy is "dangerously close" to entering a recession this year. The world's three largest economies—the United States, Europe, and China—have all seen slower growth.

According to a new World Bank analysis, a worldwide recession in 2023 and a series of financial crises in emerging market and developing countries may cause permanent damage to them as central banks across the world concurrently boost interest rates in reaction to inflation.

With a consistency rarely seen in the last half-century, central banks across the globe have been steadily increasing interest rates, and the research claims that the trend seems certain to continue into next year as well. However, it's possible that the planned course of interest-rate hikes and other policy initiatives won't be enough to return global inflation to pre-pandemic levels. By 2023, investors anticipate that international monetary-policy rates will have increased by more than two percentage points from their 2021 average.

The World Bank, which provides loans to developing nations, said in its annual report that it was reducing its growth prediction for the world this year from 3% to only 1.7%. If this scenario plays out, it would be the third worst yearly growth in the last three decades, after only the catastrophic recessions caused by the 2008 global financial crisis and the coronavirus epidemic in 2020.

Even though the United States might avoid a recession this year — the World Bank predicts that the U.S. economy will eke out growth of 0.5% — global weakness will likely pose another headwind for America's businesses and consumers, on top of high prices and more expensive borrowing rates. This is because global weakness is a result of the global financial crisis that began in 2008. Suppose COVID-19 continues to spread at its current rate or Russia's conflict in Ukraine escalates. In that case, the United States is still susceptible to more interruptions in its supply chain.

And Europe, which has been a significant supplier of goods to China for a very long time, is expected to suffer as a result of China's slowing economy.

Rising interest rates in the United States and Europe would lure investment money from poorer nations, the World Bank research said, depriving those countries of much-needed domestic investment. Additionally, the research said that high-interest rates would limit development in wealthy nations at a time when international food costs remain high due to Russia's invasion of Ukraine.

On a teleconference with reporters, World Bank President David Malpass stated, "Russia's invasion of Ukraine has brought huge additional expenses." Many of the world's poorest countries are expected to have access to energy, fertilizer, food, and capital remain severely constrained for an extended period, making the prognosis especially disastrous.

The poorest nations in regions such as sub-Saharan Africa, which is home to sixty percent of the world's impoverished people, would be hit especially hard by the effects of a global recession. The World Bank projects that the average person's income will increase by 1.2% between 2023 and 2024. This is such a sluggish rate that it might increase the percentage of people living in poverty.

The World Bank said that the United States, the Eurozone, and China—three of the most important regions for global economic growth—were "all facing a period of significant weakness," a decline that was exacerbating the difficulties already experienced by developing nations.

The bank predicted "a dramatic, long-lasting slowdown," saying that "slowdowns of this size have preceded a global recession" during the preceding two decades.

If a worldwide economic downturn were to happen, it would be the first time since the 1930s that there were two such downturns in the same decade.

An increase in inflation is one of the primary causes behind the present situation in which the world economy finds itself. The conflict in Ukraine led to decreased grain supplies and encouraged the West to shift away from Russian fossil fuels, which contributed to the rise in global food and energy costs in the previous year.

As a result of these pressures easing, the World Bank predicted that the rate of price increases throughout the world would decelerate from 7.6% in 2022 to 5.2% this year.

While certain "price surges are conceivable." The bank said it anticipated a widespread decline in energy costs. It referred to a rise in worldwide output and a decreased demand in Europe, which is experiencing an energy crisis that has caused companies and people to limit their gas usage.

Crop prices are also projected to decrease by 5% this year, but they will still be much higher than they were a few years ago, increasing by 13% in 2022. This is because the global supply of crops is expected to remain stable.

Despite these improvements, it is anticipated that inflation will continue to be much higher than the rate of 2%, which is conventionally thought to be healthy.

In response to the issue, the central banks of dozens of nations, notably the United States and the United Kingdom, have been increasing interest rates to slow down their respective economies and reduce the pressures driving up prices.

Several other economists have also predicted a gloomy future, albeit their predictions are often not as extreme. JPMorgan's economists expect advanced nations and the globe as a whole to develop slowly this year, but they do not anticipate a worldwide recession. The bank forecast last month that falling prices would increase consumers' disposable income and drive economic expansion throughout the globe.

In 2023, "the global growth will change into bent but not broken," the JPMorgan research said.