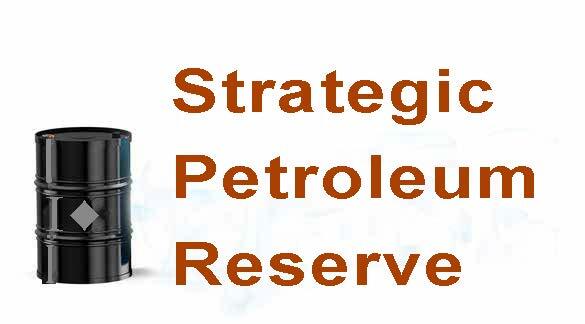 Those in support believe that selling from the reserve at oil prices over $80 per barrel will increase supply, cut pump costs, and produce billions of dollars in revenue for the federal government.

Increased demand for gasoline and inflationary pressures have prompted an increasing number of lawmakers to call on President Biden’s administration to tap into the nation’s Strategic Petroleum Reserve in recent weeks (SPR).

Senator Chuck Schumer (D-NY) joined the chorus of opposition over the weekend. In a press conference, Mr. Schumer, a New York Democrat, said that “we need urgent assistance at the gas pump, and the place to look is the Strategic Petroleum Reserve.”

This is one move that the government is exploring to calm energy markets, according to Energy Secretary Jennifer M. Granholm, who has called on Saudi Arabia and other foreign suppliers to increase their petroleum supply.

According to those who favor it, a sale from the reserve at oil prices over $80 a barrel would expand supply, lower prices at the pump, and generate billions of dollars in money for the federal government.

As a result of the pandemic’s disruption of the world’s economy and trade lines, the United States is experiencing inflationary pressures that have not been seen for decades.

Moreover, now that the United States is a large oil producer, it is no longer necessary to maintain a fully stocked oil reserve, as it was in the past when the nation was heavily reliant on imported oil.

As stated in a letter sent by 11 Democratic senators to President Biden last week, “high gasoline prices have placed an undue burden on families and small businesses trying to make ends meet,” and have been particularly burdensome as our constituents continue to recover from the economic fallout of the Covid-19 pandemic.

The release would rebalance the supply-demand equilibrium, easing the pressure in the oil market.

Even a brief decrease in the price of domestic oil, gasoline, and diesel would alleviate inflationary pressures on food and other items transported across the nation by trucks.

According to the AAA, the average price of a gallon of ordinary gasoline in the United States has increased to $3.42 on Monday from $2.13 a year ago. Oil costs have more than doubled since the economic collapse that preceded the worst months of the epidemic in 2009.

OPEC countries have kept output under control to keep prices stable. As a result, supplies are tight across the world.

In part, America’s producers have also been on the defensive because investors have demanded that companies concentrate on decreasing debt and boosting dividends rather than growing output to flood the market and drive prices down once again.

For the time being, most analysts feel that a release would only have a moderate impact on pricing.

How much depends on how much is released and if such action is coordinated with allies that have reserves of their own, such as Japan and Germany, who may also release reserves.

Because oil prices are established internationally and global consumption averages around 100 million barrels per day, a discharge of, say, 30 million barrels would have only a short-term influence on prices.

There are other factors as well.  Because it takes fewer dollars to purchase a barrel of oil due to the dollar’s recent strengthening, the oil price has fallen.

Shale oil producers in the United States have been increasing the number of rigs they have in operation, which will result in greater supplies hitting the market in the coming weeks.

Another concern is that a new coronavirus outbreak has swept over portions of Europe, posing a danger to the continent’s economic rebound.

What is the purpose of the Strategic Oil Petroleum Reserve?