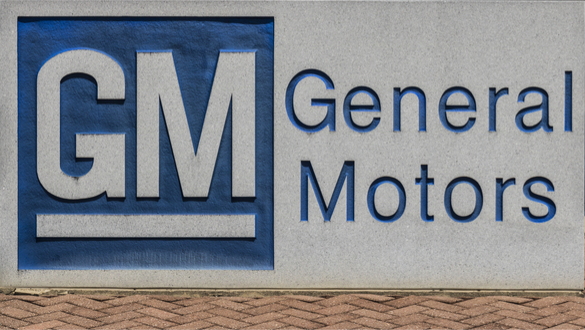 Trump lacks the basic intellectual capacity to understand a few basic facts. His and the GOP Trillion dollar corporate tax cuts make it more profitable to assemble cars in Mexico. GM warned Trump that his China tariffs would cost jobs. Automation is revolutionizing the manufacture of cars and eliminating jobs around the world.

For most knowledgeable, about the auto industry, it’s understood that car manufacturing is at the beginning of a what could be the biggest change since Henry Ford invented the auto assembly line. Within a few years car manufacturers will be rolling out car production that is 85% automated and hundreds of thousands of auto jobs are going to vanish worldwide.

At the same time the realization of driverless, self-driving cars available on call 24/7 could dramatically reduce the demand for passenger cars by offering transportation on call at a fraction of the costs car owners now lay out.

GM is closing plants in Ohio, Michigan, Maryland and Canada laying-off 17,500 works, following a similar announcement by Ford. Small cars are not selling and between automation and the tax incentives past by Trump and the Republicans last year that are driving what car, motorcycle and even air conditioning production that U.S. companies will maintain -- out of the country. Throw on top the tariffs on steel and aluminum also of President Trump’s doing; American hundreds thousands of manufacturing jobs from Maine to San Diego are endangered.

President Trump’s claims “I am here to protect American workers!” is going to go down as one of his most harmful of his so far 6,400 lies (WAPO) and material misrepresentations he’s made since taking office. His threat of cutting all of GM’s subsidies, including for electric cars research and development amounts to a threat to the entire U.S. auto industry. To survive the next 50 years in the car industry manufactures are going to have to invest hundreds of billions in new technology that will allow an electrical vehicle to run 1000 miles on one battery charge, develop cars powered on solid state batteries that can recharge via solar as you drive them or recharge in 5 minutes or less.

Fortunately for the auto industry and GM the newly elected Democratic controlled Congress isn’t going to pass any punitive legislation on GM or Ford. In addition, passing any changes in the corporate tax cuts driving companies manufacturing out of the United States is almost certainly going to be blocked by the Republican controlled Senate.