Will Trump Start a War with Iran Just to Get Re-elected? 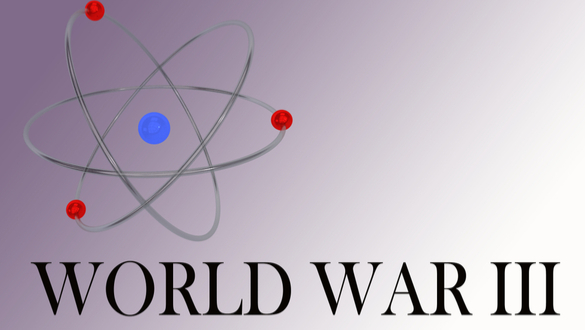 Iran’s supreme leader says his nation can export as much oil as it needs. Trump could order the U.S. Navy to prevent Iranian oil from navigating through Strait of Hormuz. Are we about to see the tail wag the dog?

Through his official website on Wednesday, Iran's Supreme Leader Ayatollah Ali Khamenei told his country that the U.S. oil sanction actions was a meaningless policy because Iran can export (smuggle) as much oil as it needs. He told his nation…

"America's efforts in sanctioning the sale of Iranian oil won't get anywhere,"

"We can export as much of our oil as we need and want."

Is this President of the United States going to try to regain popularity by intentionally, illegally starting a war?

Is he pinning his political survival nationalism?

Ayatollah Khamenei assurances to his people are truthful; if they can get the oil to its buyers, they can take payment in gold, cash, and weaponry.

Smuggling oil production isn’t the problem; ships can be like chameleons turning transponders of and becoming ghost ships. I believe Trump is determined to provoke a war with Iran by ordering U.S. Navy forces to prevent tankers carrying Iranian oil from using the Strait of Hormuz. The United Nations won't sanction it, and most of our allies will be enraged to new heights.

Trump’s constant lying, 8,000+ lies, and climbing have eroded and worn down normality to the point we’re still aiding in the Saudi infliction of the murder of tens of thousands of civilians.  The GOP Senate is in lockstep with this President. A president, who declared during his campaign he “loves war”, is a real danger to everything and everyone.  A president who asks repeatedly why nuclear weapons were never to be used without fully comprehending the implications of complete annihilation is naive, immature, and just plain stupid.

Therefore if we should be planning a scenario for a war, I hope President Trump first knows….

·        How many Chinese anti-aircraft carrier missiles the Iranians have in their arsenal?

·        How many high explosive battleship destroying torpedoes they’ve bought from the Russians in recent years?

·        What other weaponry do they have that they could be used to shut down the most crucial waterway for the world’s oil market?

·        Is the United States willing to bomb civilians as collateral damage?

Trump just designated Iran’s Revolutionary Guard a terrorist organization and their navel branch is not going to accept a U.S. Navy blockade or embargo and will react to one by doing everything they can to make it impossible for any oil to get through the strait. Including, suicide attacks.

If an embargo or blockade is implemented will President Trump order the U.S. Navy to conduct inspections on foreign sovereign countries ships in non-United States waters? Will U.S. sailors be boarding every tanker passing through the strait to prove every ship’s origin, and to ensure no ships are smuggling Iranian oil to market?

What could go wrong?

Iranian President Hassan Rouhani recognizes the escalating danger. He is clearly warning we may be on the precipice of war by making it known that any conflict between the United States and Iran will turn instantly into a regional war on his official website…

“Saudi Arabia and the United Arab Emirates are making a mistake in helping U.S. President Donald Trump's efforts to cut back on Iran's oil exports, you whose existence is in the shadow of the Islamic Republic of Iran, how can you tell Trump that if you bring Iran's oil exports to zero we will make up for it?"

"Do you understand the consequences of this statement and that it means you are a definite enemy of the Iranian people?"

Rouhani’s posted statement makes it clear Iran is willing to negotiate with the United States only when Washington removes pressure and apologizes. To his demand, we should consider that Iran was, and remains in compliance with the multi-lateral Iran Nuclear Treaty. An agreement was drafted predicated on observing nonnuclear policy and to address missile research and deployment. Trump threw out the agreement unilaterally. Our withdrawal was without cause, and the Trump administration forced a coalition that included Russia and China to withdraw from it under threat of retaliation against them. We then unilaterally restored and toughen sanction that existed before the treaty went in to effect.

Trump has regime change in mind; the trouble is he’s willing to spill the blood of our bravest and best to do it.

The setup to provoke a war has begun. The White House said after its ban on Iranian oil sales it was working with Saudi Arabia and the United Arab Emirates to guarantee the oil markets were “adequately supplied.”

The Saudi’s and the UAE must realize that the Iranians will do everything they must to sink their tankers, compromise their oil production and undermine their Monarchies.

The bone spur coward is oblivious to facts. He has no real understanding of the danger and possible short and long term consequences of provoking a war with Iran. He doesn’t understand this would be a regional war and in this part of the world, a regional war can last decades, and create entirely new and re-energize old terrorist groups.

If Trump causes all of this to happen doesn’t bother you – even if he’s doing it to cover up all his scandals. Then at least consider how - $120 oil and $6 a gallon gasoline will hurt your wallet?

Subscribers to WorldOpportunityTrader.com have been positioned in an oil play that should easily double their money if crude oil rises to $85 a barrel as I expect it will on the actual shooting and should triple their money if oil surges over $120.

Even if you love Trump, you know, he lies his ass off or doesn’t anticipate that what he is doing because his decision is based on his gut and his mood and not facts. As a result, he tends to create problems and making them worse. Sometimes claiming he cured a problem and controversy he created in the first place.

Is Trump willing to start a war with Iran to improve his chances of getting re-elected?

For god’s sake, this is a man that stood by and allowed breastfeeding babies being ripped from their mother's arms. He allowed children to imprisoned in cold cages without identification. The question should be – what isn’t this man capable of doing?

A war with Iran is an even a worse idea than intentionally orphaning thousands of Latin American Children to please one of Trump’s sycophants, Steven Miller.

There’s the possibility of war coming to the United States and World.  As President Donald Trump tramples international law, let's see how it plays out with his partisan GOP brothers and sisters and the constituency that sees nothing he does as wrong.