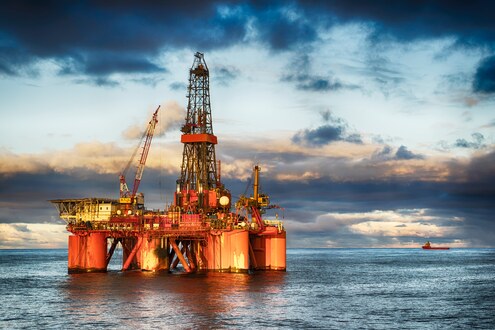 Gas prices continue to break records, and shortages throughout the EU are becoming alarming. Even as higher gasoline prices threaten President Biden's political future in the US, oil companies and OPEC are wary of increasing output for fear of lower prices.

The recovery from the pandemic impacts worldwide fuel shortages, which are affecting markets from the United Kingdom to China.

Increasing cost pressures are threatening to drive inflation higher. They are already affecting industrial production, with some European companies being forced to cut output.

China began limiting energy as early as June of this year.

Corporations in several provinces, including the economic powerhouse of Guangdong, were ordered to save energy, which resulted in companies having to reduce output and, in some cases, temporarily cease operations.

Rationing is already affecting families in many areas as a result of the deterioration of the situation.

A number of cities have suffered blackouts due to limitations on the use of air conditioning and elevators in public buildings.

A dollar more per gallon of gasoline is being paid for by Americans today than they were a year ago.

Food, chemicals, plastic goods, and heating are all expected to become more expensive this winter due to the dramatic increase in natural gas prices during the same time period.

In recent months, the global energy system has been thrown into disarray as crude oil, natural gas, and coal prices have risen dramatically.

Fuel shortages and panic buying have resulted in outages and long lines at gas stations in countries such as China, the United Kingdom, and various European countries.

Although the situation in the United States is not as dire, oil and gasoline prices are still high enough that Vice President Biden has encouraged foreign producers to boost their supply of both fuel and oil.

Neither the energy executives in the United States nor the Wall Street bankers and investors who finance them are doing anything to boost production to reduce prices.

Following the refusal of the Organization of the Petroleum Exporting Countries (OPEC) and its allies to significantly increase output on Monday, the benchmark US oil price rose nearly 3% to around $78 per barrel, a seven-year high.

The price drop that happened early in the pandemic is still hurting the producers' aching muscles.

Wall Street, on the other hand, is considerably more gloomy. As a result of the boom-bust cycles that have shaken the financial sector over the past decade, several banks and investors have shown a willingness to decrease their exposure to fossil fuels to meet their responsibilities under the Paris Agreement on climate change.

If drillers do not increase production, gasoline prices are likely to stay high, if not increase.

Mr. Biden would be in a difficult political position as a consequence of this.

Even though the use of renewable energy and electric cars is growing, they are still inadequate to compensate for the pain caused by rising gasoline and natural gas prices.

According to Goldman Sachs analysts, energy supplies may become even more constrained, perhaps driving up oil prices by $10 by the end of the year as a result.

Because of this, the Biden administration has pushed the Organization of Petroleum Exporting Countries (OPEC) to boost oil output.

Last week, President Biden's press secretary said that the Organization of the Petroleum Exporting Countries (OPEC) and its allies merely reiterated their prior plans for a modest rise in November.

Oil executives say that, even though prices seem to be high, there is no guarantee that they will stay high in the future, especially if the global economy suffers from an increase in coronavirus infections.

Tens of thousands of oil industry workers have been laid off since the beginning of the pandemic, and dozens of companies have gone bankrupt or accumulated debt as a result.

Oil prices may seem high compared to 2020, but they are not, according to CEOs, stratospheric inflation levels.

According to the Energy Information Administration, pricing was consistent with this level for much of 2018 and is still far below the $100-per-barrel peak hit as recently as 2014.

Because of the industry's caution, the total number of oil rigs in the United States is 528, less than half of the peak reached in 2019.

Despite this, except for recent production delays in the Gulf of Mexico caused by Hurricane Ida, the United States' oil output has almost recovered to pre-pandemic levels as companies extract petroleum from wells drilled years earlier.

Banks and investors are reluctant to put more funds into the oil and gas sector is another factor contributing to the stop in drilling.

Even before the pandemic, the flow of money supplied by banks and other investors had decreased because shale wells often produced a significant quantity of oil and gas at first but were quickly depleted of their reserves.

Many oil businesses earned little or no profit, which resulted in their insolvency whenever energy prices fell.

To fund the drilling of new wells, companies were constantly selling stock or borrowing money from investors.

Between 2008 and 2020, Pioneer, for example, did not generate any cash as a business entity.

Financial records from the business show that it spent $3.8 billion on operations and capital projects in 2011.

In recent years, industry leaders have begun to preach financial restraint, promising shareholders that they will raise dividends and buy back more shares rather than borrow money for big expansions.

Following many years of declines, oil sector equities have soared this year.

Investors, on the other hand, are wary of funding a substantial rise in production.

There are already signs of stress in many parts of the world.

In Europe and Asia, natural gas supplies are becoming more scarce, causing prices to rise even before the first frosts of winter arrive.

Oil producers such as the Organization of the Petroleum Exporting Countries (OPEC), Russia, and others have been wary about increasing production for fear of driving down oil prices.

Approximately eight million barrels of spare capacity are held by Saudi Arabia, the United Arab Emirates, Russia, and a few other manufacturers.

There are already signs of stress in many parts of the world.

In Europe and Asia, natural gas supplies are becoming more scarce, causing prices to rise even before the first frosts of winter arrive.

Oil producers such as the Organization of the Petroleum Exporting Countries (OPEC), Russia, and others have been wary about increasing production for fear of driving down oil prices.

Approximately eight million barrels of spare capacity are held by Saudi Arabia, the United Arab Emirates, Russia, and a few other manufacturers.