Will Peaceful Protesters Be Murdered in Tulsa Tonight? 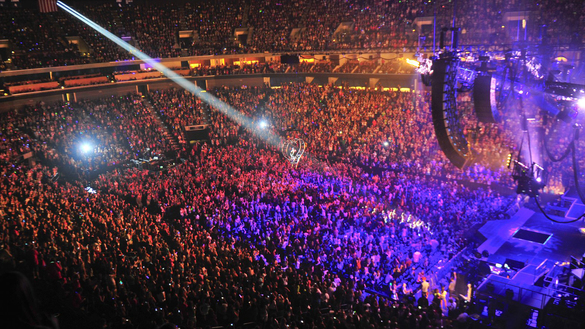 With no respect for the First Amendment rights of peaceful protesters, President Donald J. Trump shows his hate, malice by stocking violence and threatening innocent men and women  who will be outside Tulsa MAGA rally. Will Saturday end in a mass shooting by deplorable(s) or police?

One frightening reality in fascist countries is that any dissent can lead to arrest and imprisonment. Donald Trump is a fascist snowflake who cannot stand any criticism or dissent. 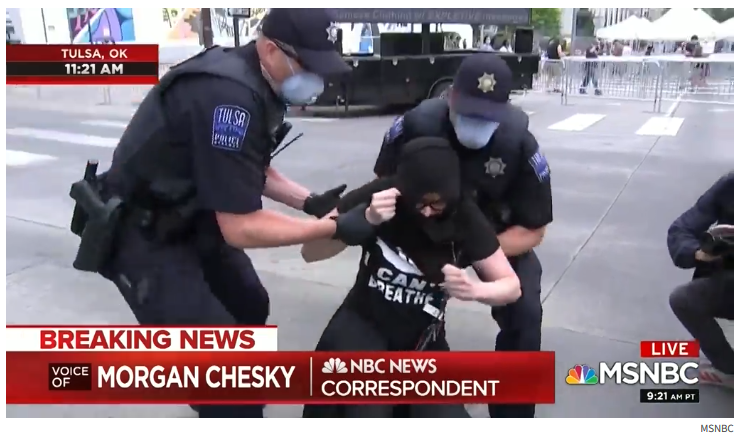 Trump’s contempt for peaceful protesters was evident on  June 1, 2020.  Trump ordered peaceful protesters, and members of the press to be assaulted, tear-gassed, shot with pepper and rubber bullets, run down by horse cavalry, clubbed and arrested in Washington D.C., in Lafayette Park across from the White House.

This grievous assault on the U.S. Constitution will eventually lead to President Trump and Attorney General Barr’s indictment and trial sometime after January 20, 2020, when a new President is sworn into office.

The arrest of a woman Shelia Buck for merely wearing an “I can’t breathe T-Shirt” the last words uttered by George Floyd as he was murdered by a Minneapolis police officer now facing 2nd Degree Murder Charges. The woman had a ticket for Trump’s political rally and insisted that she had never been arrested in her life as Tulsa police dragged her away to be arrested.

Trump’s authoritative racist approach to his campaign may well end in mayhem. It could end up worse than infecting millions of more people by holding indoor political rallies that ignore CDC guidelines in preventing the coronavirus pandemic that has already resulted in over 120,000 U.S. fatalities. Trump is dismissing the danger of his followers being infected by the potentially deadly virus. However, there is no absolute proof of the danger.

Six members of Trump’s campaign who were part of the advance team to make arrangements for tonight’s rally, according to the Washington Post, have tested positive for the coronavirus.  This underscoring concerns of holding a massive 19,000 person indoor rally in a city where the number of coronavirus cases is spiking.

Trump required those attending his political rally tonight in Tulsa, being called by many a suicide rally because of the health danger, to indemnify his campaign if they get sick while attending the event. So, we face three big questions as tonight’s Trump rally takes place…