Will Paul Manafort Roll On Trump Faced with NY Indictments? 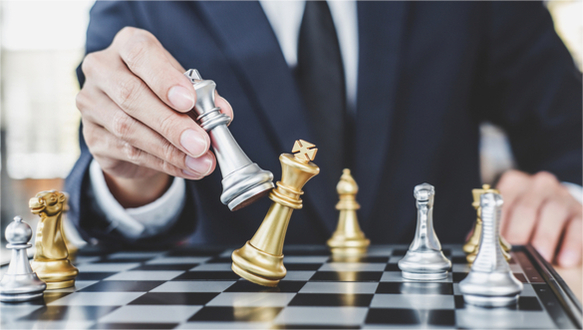 President Trump and Paul Manafort may have just been checkmated. Trump has no pardon power on the state level. If Manafort is tried by New York and is convicted he would face what would be a life sentence at his age of confinement in one of New York’s hellishly tough NY prisons. The prospect of that nightmare may be enough for him to spill the beans on President Trump and others finally.

Paul Manafort tried to play both sides after he was indicted and then convicted by Special Prosecutor Robert Mueller. He and his lawyers while appearing to cooperate with Mueller and his investigators were actually both holding back evidence and still running back to President Trump’s lawyers and giving them everything they could to hold open the possibility of an eventual Presidential pardon.

That strategy fell apart today with the news that New York state prosecutors have put together a criminal case against Paul Manafort that they could file quickly if the former chairman of Donald Trump’s 2016 campaign receives a presidential pardon.

Manafort has already been convicted of eight felonies, and pleaded guilty to two more and is scheduled to be sentenced next month for those federal crimes. Counsel Robert Mueller’s prosecutors have recommended as long as 24 years, a virtual life sentence, for the 69-year-old former Trump Campaign Chairman.

New York County District Attorney Cyrus Vance Jr. charges are believed to be separate and different criminal violations so that Manafort would not be able to claim double jeopardy protections – being prosecuted for the same crimes twice. Vance must avoid New York’s double jeopardy law, which provides defendants with even stronger protections than those guaranteed by the U.S. Constitution’s Fifth Amendment.

President Trump in a video reordered interview said in November that he hasn’t ruled out pardoning Manafort. The decision by the NY District Attorney is a checkmate move and eliminates any hope Manafort has. Manafort if pardoned by Trump then convicted by New York State would face his time in state prison versus a federal prison. A prospect that may be a game changer for Manafort given he is increasingly complaining about his health and has even shown up in court in a wheelchair.

According to news reports prosecutors in Vance’s NY District Attorney’s office began investigating Paul Manafort in 2017, several months before Robert Mueller charged him with conspiracy, failure to file reports of foreign bank accounts and failure to register as an agent of a foreign country, activities in Ukraine. While the full extent of the NY charges isn’t clear, they are thought by observers to include evasion of New York taxes and violations of state laws requiring companies to keep accurate books and records. Each charge that could be filed against Manafort has been carefully chosen to avoid any double jeopardy claim.

While Manafort’s legal team would likely attempt to challenge any state crimes by invoking constitutional protections the fact is – this would mean millions in legal fees and expose his wife and children to criminal charges.

Manafort who is thought to have been hoping for a presidential pardoned may now find himself in an impossible position. Either Manafort spills the beans and turns over everything he has on President Trump and others, or he could face what be a life sentence at his age, of confinement in one of the hellishly tough NY prisons.