Why are Oil Prices Increasing? 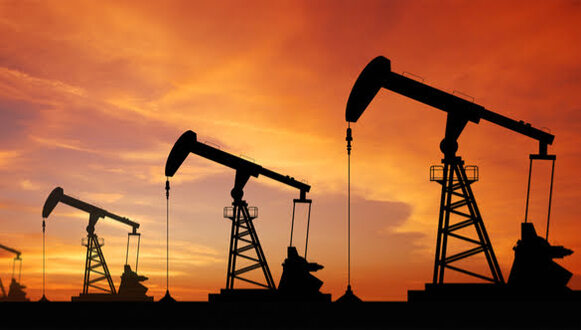 The global energy industry is under pressure due to escalating political tensions between Russia and Ukraine, which has resulted in more demand and higher costs. According to industry experts, oil is expected to reach $100 a barrel.

Despite the Biden administration's November statement that it would release 50 million barrels of oil from the nation's strategic reserves to relieve consumer pressure, the policy has had little effect.

Oil prices are increasing again, casting a pall over the economy and driving inflation upward while eroding consumer confidence.

The global benchmark price of crude oil surged by more than 15% in only one month, surpassing $90 per barrel for the first time in more than seven years, as fears of a Russian invasion of Ukraine grew.

Even though the summer driving season is still months away, the average price of regular gasoline is quickly approaching $3.40 a gallon, nearly a dollar more than it was a year ago.

Electric cars are getting more popular and the coronavirus outbreak is spreading, many energy experts believe oil will soon hit $100 per barrel. Oil companies such as Exxon Mobil and others, which were seen as endangered dinosaurs by some Wall Street experts only a year ago, are suddenly enjoying record profits and are on course to have their greatest year ever.

Western oil companies are drilling fewer wells than before the outbreak, partly due to investor and environmental activist pressure to restrict the supply of oil from expanding. Executives in the oil and gas business seek to avoid making the same mistake they did in the past when they produced too much oil while prices were high, culminating in a market price fall. Aside from that, natural disasters and political unrest have hindered output in countries such as Ecuador, Kazakhstan, and Libya in recent months.

Many oil businesses in West Texas and New Mexico's Permian Basin were forced to stop working, which put their upstream and downstream activities at risk because of the oil. During shutdowns, a number of downstream refinery facilities started to fire up, which sent air pollutants into the air from processing units. In the words of the Energy Information Administration, once oil drilling started, there was a risk that the whole energy market, including refining and power generation, could be unstable. This meant that oil could be flared out or stopped in the field until the market stabilized.

The world is adjusting to the outbreak, and people are eager to go shopping and take other vacations to make up for the missed time. Many individuals prefer to drive rather than use public transportation because they are afraid of contracting a contagious sickness.

On the other hand, the geopolitical situation is the most critical and important factor.

According to Ben Cahill, a senior expert at the Center for Strategic and International Studies in Washington, a potential Russian invasion of Ukraine puts "the oil market on edge." According to Mr. Cahill's study, "in a tight market, any serious delays might send prices considerably past $100 per barrel."

Russia produces 10 million barrels of oil per day, about one barrel for every ten barrels consumed worldwide. Because Russia only contributes around 700,000 barrels of oil per day to the United States, the country's population would not suffer much if Russian exports were to halt. Fortunately, oil from Canada and other countries could easily replace this little amount.

Experts fear that any stoppage of Russian shipments through Ukraine and the damage of other pipelines in northern Europe would cripple much of the continent and create substantial disruptions to the global energy supply chain. According to merchants, this is partly due to a lack of spare capacity to replace Russian oil in other regions of the world.

While Russian oil imports are unlikely to be affected, the US and its allies may impose sanctions or export bans on Russian firms, limiting their access to equipment and decreasing the country's oil production.

Furthermore, interruptions in Russian natural gas supply to Europe may necessitate certain utilities increasing their power output by burning oil rather than gas to compensate. As a consequence, demand and prices would soar all across the world.

President Biden has pressed members of the Organization of Petroleum Exporting Nations (OPEC) to pump more oil. Production will be boosted by 400,000 barrels per day next month, as planned by OPEC members and allies, including Russia, who decided to stick to their plan on Wednesday. Still, several countries have fallen short of their monthly production targets, and others may be unable to ramp up output quickly.

If Russia's oil production is drastically reduced, Washington is anticipated to pressure Saudi Arabia to expand output independently of the cartel. According to specialists, the monarchy has a reserve capacity of several million barrels of oil that it may utilize in an emergency.

A significant rise in oil prices would result in even higher gasoline expenses, which would harm consumers. Working-class and rural Americans would be the most impacted since they drive more. They also drive older and less fuel-efficient vehicles. Furthermore, since energy expenditures account for a larger percentage of their earnings, price increases have a greater impact than on more affluent persons or city dwellers who have access to public transit such as trains and buses.

However, the immediate economic impact on the country would be less significant than in previous decades because the United States has increased its oil production while decreasing its oil imports since hydraulic fracturing erupted in shale formations around 2010 and resulted in increased oil production. Oil prices are likely to grow in the spring, boosting the economies of many states, most notably Texas and Louisiana.

How Do Crude Oil Prices Impact the Stock Market and the Economy?