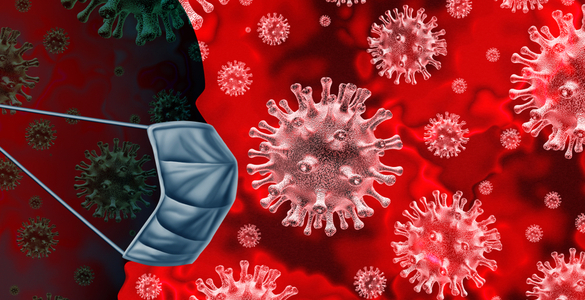 Just when you thought sanity would reign and the political deceptions were to end. An insult to the world’s intelligence is being tested in a global “Who’s on First, What’s on Second deception by an organization by all accounts should have a morally pristine creditability record if Mankind is to survive the coronavirus and other viruses that will follow.

If any informed person was asked, “Where did the COVID-19 pandemic originate?” In the Huanan Seafood Market, Wuhan, China would be the prime answer.  According to a report published in London, The Sun, the WHO (World Health Organization) says you are wrong.  And so does the Chinese Communist Party. Were we deceived, is there a global conspiracy or do the people supposedly in the know, feeding us our information just not as smart as they think they are?

For the past year, the Chinese Communist newspapers have laid the foundation of global misinformation that China was not the global pandemic’s origination point.  The Communist Party has been accused of covering up the pandemic’s origins and has been an active propaganda campaign attempting to point to others outside parties. WHO findings are being reported that the virus may have originated from outside of China’s borders.

Professor Liang Wennian, the Chinese team leader, working in contingent with a joint WHO investigation, started off the conference on January 14 and dismissed the wet market as an origin.

He said the team believed the virus originated in animals - likely bats or pangolins - but the intermediate hosts that allowed it to jump to humans are “yet to be identified.”

Professor Wennian appeared to rule out the Huanan Seafood Market as an origin source as he suggested COVID come from somewhere else other than Wuhan.

The head of the World Health Organization, Dr. Tedros Ghebreyesuswho, has recently come under fire for being “China-centric,” is leading a global campaign to promote the misinformation that unsanitary China seafood condition may not be the cause and in fact, it may not have begun in China at all. It is now being reported the WHO team admitted they have failed to identify the original source of the COVID outbreak.

Tobias Ellwood MP, chair of British Defense committee and a British Conservative Party politician told The Sun Online: “This is a complete whitewash.

“Given the global economic devastation and death toll this pandemic has caused – never again should a country responsible for an outbreak be allowed to hinder an international investigation for a full 12 months.”

With a primary mission role to direct international health within the United Nations’ system and lead partners in global health responses, WHO and organizations are now attempting to play politics and misdirect.  Who scientists appeared alongside their Chinese counterparts as they cast doubt on the Wuhan wet market as the source and dismissed the lab leak as “extremely unlikely.”

Dr. Peter Ben Embarek, the head of the WHO mission, said: “The laboratory incident hypothesis is improbable to explain the introduction of the virus into the human population.

“Therefore is not in the hypotheses that we will suggest for future studies.”

Instead, the team offered an innovative hypothesis that the virus jumped from animals to humans elsewhere, or even that it may have come across borders on frozen food.

WHO concluded the virus likely jumped to humans from an animal, but now the question is where this occurred as doubt was cast over the wet market as the original transmission source.

The team also admitted the virus could have been circulating in other regions of China “several weeks” before it was identified after an outbreak at the wet market in Wuhan.

Sam Armstrong, director of communications for the Henry Jackson Society, told The Sun Online: “That the WHO agreed to a ‘joint investigation’ with the Chinese Communist Party, tells you all you need to know. They’ve discounted — without evidence — the lab leak thesis from the start.

“Premier Xi got his money’s worth in backing Tedros for the WHO top job. This investigation is a whitewash, pure and simple.

The China conference concludes that they can’t say where, why, or how the virus originated, but with the Chinese Communist Party’s joint participation in the research, WHO can now say maybe it didn’t originate in Wuhan.

How forensic researchers track down the origins of SARS-CoV2