Who's Afraid of the Big Bad Wolf 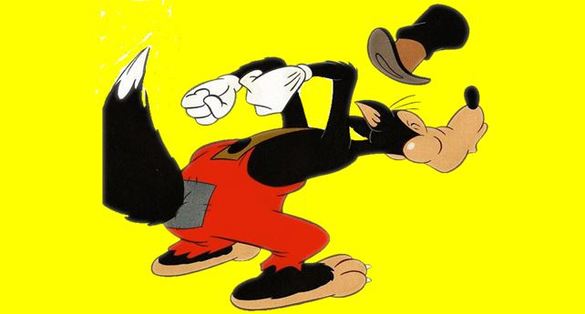 We Should All Be Afraid of This Big Bad WOLF and His BOSS
Being a Trump sycophant is likely going to cost Chad Wolf, the latest acting Secretary of the Department of Homeland Security since November 13, 2019, his freedom. His involvement in the organization and the use of secret police and his participating in an extortion attempt of Netflix could land him a beautiful long jail sentence.

Chad Wolf is well on his way to a lengthy prison sentence unless he manages to arrange a pardon from President Trump before he leaves office. The likelihood of that, however, isn’t good because Trump and Wolf think they’re not violating laws. Further, Wolf and Trump could face just as serious state charges that would mean they’re facing the possibility of a lengthy prison stay in State prison.

On Thursday, The New York Times reported that a pair of …

“Netflix filmmakers shooting a behind-the-scenes documentary about President Donald Trump’s immigration policy were threatened by federal officials, ordered to delete footage unflattering to Immigration and Customs Enforcement Officers, and told to delay the release of the documentary until after the 2020 election.”

“In early 2017, as Immigration and Customs Enforcement prepared to carry out the hardline agenda on which President Trump had campaigned, agency leaders jumped at the chance to let two filmmakers give a behind-the-scenes look at the process.”

“But as the documentary neared completion in recent months, the administration fought mightily to keep it from being released until after the 2020 election. After granting rare access to parts of the country’s powerful immigration enforcement machinery that are usually invisible to the public, administration officials threatened legal action. They sought to block parts of it from seeing the light of day.”

“In heated phone calls and emails, they said, [an] official pushed to delay publication of the series, currently set to air on Netflix next month,” continued the report. “He warned that the federal government would use its ‘full weight’ to veto scenes it found objectionable. Several times, the filmmakers said, the official pointed out that it was their ‘little production company,’ not the film’s $125 billion distributor, that would face the consequences. The filmmakers said they were told that the administration’s anger over the project came from ‘all the way to the top.'”

According to the New York Times, the filmmakers responded by “using an encrypted messaging service to communicate with their production team,” putting security cameras in their office, and concealing the hard drives on which they were storing raw footage. A brilliant way of making sure that Chad Wolf, President Trump and their Gestapo of federal officials couldn’t deny the attempted extortion, or deny the horrific evidence of abuse of immigrants. Evidence of unconstitutional abuses, according to many legal experts, that will only serve to compound the use of secret police that Wolf and Trump are using in Seattle, and now in several U.S. cities in a cynical attempt to help Trump claim he’s the “law and order” candidate.