Where Does NFL SUNDAY TICKET Return in the Streaming Universe? 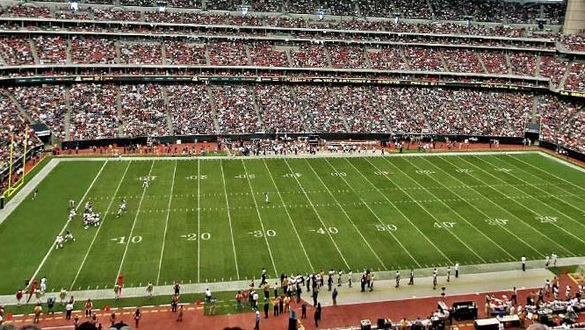 The world's most powerful streaming corporations compete for the world's most famous sports franchise, the NFL Sunday Ticket. With the AT&T contract expiring with the NFL at the end of the 2022 season, which will win (Disney, Apple, Google, or Amazon)  the $2.5 Billion rights?

Apple and Amazon have inserted themselves into negotiations for media rights currently held by the National Football League, Major League Baseball, Formula One racing, and college conferences. The depth of their financial resources has given these companies confidence, and they are eager to increase the viewership of their streaming-subscription services.

They are competing to replace DirecTV for the rights to the National Football League's (NFL) Sunday Ticket, a package the league wants to sell for more than $2.5 billion annually, approximately $1 billion more than it costs at present. According to two people familiar with the offer, Google has also offered a bid from YouTube for the rights beginning in 2023. The company is eager to avoid missing out on the opportunity.

The interest shown by the technology companies is both exciting and terrifying for the sports leagues and media companies, respectively. The media companies are terrified of competition from rivals who collect tens of billions of dollars from dominant positions in other businesses, so the tech companies' interest is exciting for the sports leagues. During the previous year, sporting events made up 95 of the top 100 most-watched programs on television.

Bob Iger, a former chief executive and chairman of the Walt Disney Company, controls ESPN and says, "It's hard when you're competing with entities that aren't playing by the same financial rules" about the technology companies' funding.

Because DirecTV did not place a bid, the National Football League Sunday Ticket package is now available. This package allows subscribers to watch out-of-market Sunday NFL games that aren't being broadcast on local television. It has been losing as much as $500 million annually on the package, despite benefiting from a reliable base of approximately 2 million subscribers. The loss is due to the package.

Apple is widely regarded as the front-runner in the sports, media, and technology industries. However, negotiations over a concurrent sale of NFL media assets, such as the NFL Network, the RedZone channel, and NFL+, a new subscription service that provides access to live games on mobile devices, have delayed the finalization of a deal.

Apple has prioritized its pursuit of the package's acquisition. According to three people who know the situation, Apple's Chief Executive Officer Tim Cook has met with officials from the league and influential team owners such as Jerry Jones, who owns the Dallas Cowboys, and the Kraft family, who own the New England Patriots. Apple declined to comment.

However, Amazon, ESPN+, and YouTube, all of which considered making a bid for the rights in 2014, are still in the running, according to some of these people. According to a statement released by the National Football League's chief media and business officer, Brian Rolapp, the league anticipates finalizing a deal within the next few months. According to Mr. Rolapp, "there are a number of companies that are in a strong position to land Sunday Ticket potentially," but "we still have a ways to go in this process."

The SportsBusiness Journal has previously reported on certain aspects of the negotiations that are currently going on.

Fans will still be able to access all of the games on Sunday, regardless of which company wins the rights to broadcast them; however, according to some of the dozen people surveyed, they can expect to pay a premium to add the service to their Apple, Amazon, ESPN+, or YouTube subscriptions. According to what they said, it is not yet known whether or not that premium would be lower than the annual fee of $294 that DirecTV charges.

Apple and Amazon are working to improve their standing in preparation for a future without cable television. According to MoffettNathanson, an investment firm that tracks the industry, traditional pay television has lost a quarter of its subscribers since 2015, equivalent to about 25 million homes, as people have traded in their cable packages for online streaming applications such as Netflix and Hulu.

However, it is anticipated that the cost of live sports rights will continue to rise. According to data provided by MoffettNathanson, the largest media companies such as Disney, Comcast, Paramount, and Fox are projected to spend a combined total of $24.2 billion on rights in 2024. This figure is nearly double what these companies paid just ten years earlier.

Apple and Amazon have found themselves in a position to capitalize on an opportunity brought about by the disintegration of a distribution model that dates back decades. Through the sale of subscriptions to Apple TV+ and Amazon Prime, the companies intend to increase their presence in the media industry. These services provide their own exclusive shows and sports and function as portals that sell additional streaming offerings, such as Starz and HBO Max. Starz and HBO Max pay Apple and Amazon a commission of at least 15 percent for each subscription sold through these portals.

Apple and Amazon need to increase the number of people watching their content for the business model to be successful, and the most compelling draw in the media is sports. According to estimates provided by investment bank BMO Capital Markets, Amazon generates more than $3 billion annually from sales of third-party subscriptions. The companies may be willing to take a financial hit on Sunday Ticket to attract new customers to other aspects of their operations; this is the same calculation that DirecTV has traditionally used.

The streaming industry will never be the same due to their interest. For many years, many executives agreed with Reed Hastings, the chief executive officer of Netflix, who stated that his company was not interested in sports or news because it was only watched once, live, and was never watched again. Hastings noted that this was why his company was not interested in these types of programming.

On the other hand, many streaming services are rethinking their decisions because there is more competition for subscribers, stock prices have dropped, and profitability is still out of reach.

There is no guarantee that Tech will be the dominant force in live sporting events. This is because traditional television continues to attract the largest audiences. Many of the rights in the highest demand are currently under contract with broadcasters for ten years or longer. Rather than entrusting streamers with marquee properties such as "Sunday Night Football," leagues have preferred to sell tertiary packages to streaming services.

The leagues must attract large audiences because they want their fan bases to be as diverse as possible to ensure their respective sports' long-term sustainability.

Apple started its $4.99 streaming service, Apple TV+, in 2019 and has an estimated 16.3 million paid subscribers in the United States, according to Antenna, an analytics firm for video-on-demand services. Amazon Prime was initially launched in 2006 as a faster shipping service and later expanded to include on-demand movie streaming. Amazon claims that it has more than 200 million subscribers to this service. Some Prime members currently shell out $8.99 per month to gain access to Prime Video alone.

The tech companies have shown that they are willing to pay a higher price to incorporate sports into their offerings. Over the past year, Apple agreed to more than double Major League Soccer's annual rights payments with a 10-year, $2.5 billion deal for the global rights to 1,000 games. It also committed about $85 million annually for a new package of two weekly Friday night MLB games.

Amazon agreed to pay $1 billion yearly for Thursday night NFL games, a 50 percent increase from the previous deal with Fox. It also bid more than $100 million a year for rights to Formula One racing in the United States in a negotiation it lost to ESPN, which renewed the rights for $75 million, a 15-fold increase from the prior contract, according to SportsBusiness Journal.

However, Apple and Amazon have yet to win a marquee rights package in the United States for all their disruptive potential. That is reminiscent of 20 years ago when sports leagues feared they would lose viewers by shifting games from network television to cable. But the change gradually became standard.

Traditional television companies are trying to stave off Apple and Amazon by starting their own streaming subscription services. Last year Comcast, which owns NBCUniversal, shuttered NBC Sports Network to bolster its USA channel and to encourage people to pay for Peacock, where it exclusively aired some English Premier League soccer games. Similarly, ESPN struck a deal with the National Hockey League to televise some games on its ESPN+ service, and CBS has shown marquee soccer games on Paramount+.

But those services have a fraction of the more than 100 million cable subscribers the media companies once reached. As a result, the bulk of sports programming goes on traditional pay-TV channels where they can guarantee leagues and advertisers larger audiences.

Media companies will be pressured to expand geographically to compete, said Daniel Cohen, who leads global media rights consulting for Octagon, a sports agency. Television broadcasters could also team up to pool their financial firepower, or buy each other outright, to compete with tech giants willing to pay billions for rights like NFL Sunday Ticket.

"It comes down to a Silicon Valley ego thing," Mr. Cohen said of the high-dollar NFL deal. "I don't see a road to profitability. I see a road to victory."

NFL is seeking a streaming platform to host its Sunday Ticket