What Does Ghislaine Maxwell Have on Donald J. Trump? 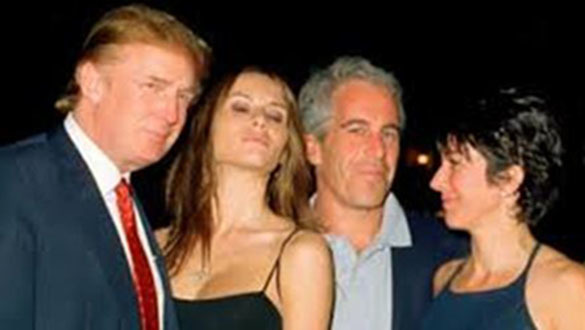 President Trump has publicly extended his best wishes to people charged with federal crimes by the Department of Justice four times in the past, including Roger Stone, Michael Flynn, Paul Manafort — and now to accused sex trafficker Ghislaine Maxwell. Stone, Flynn, Manafort protected the president and all are not in any danger of returning to or going to jail.

What does Ghislaine Maxwell have or know about Donald Trump? Given his repeated behavior of letting someone who has evidence against him and who has been indicted know that he’ll protect them.

Stone, Flynn, Manafort played nice, and they all have benefitted. Michael Cohen didn’t play ball, so he’s back in jail being prevented from finishing his book.

Just stop and consider…  What U.S. President would express sympathy for an accused child sex trafficker openly 105 days before an election he’s losing by as much as 15 points? Much less during his first COVID-19 White House press conference. This is a pure crazy town.

Just how bad is Maxwell’s arrest for President Trump?

We all know there’s a serious problem, dark scandal if President Trump sends Attorney General Barr to intercede in this case, following the resignations from the justice department of some or all of the prosecutors that were working on the case. There’s a pattern building that’s starting to look like an ongoing criminal conspiracy to protect the disclosure of criminal behavior of our 45th president.

What motivation could any POTUS have to protect a woman he repeatedly knows who is accused of grooming 14-year-old girls to feed his sick compulsive ephebophile, Jeffery Epstein, as 140,000 Americans have died from this nightmarish pandemic?

Any other president would say just once he was shocked to hear the charges, prays the charges are not true, but if true, he will pray for her victims. Trump has to admit he was very friendly with Maxwell because it’s well known she introduced him and Melania at her Kit Kat nightclub.