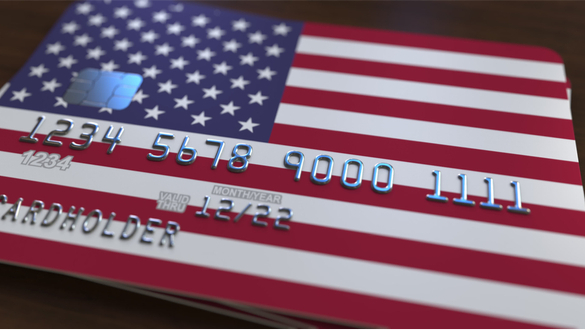 It’s time for Americans to get serious about guarding their financial nest eggs against both Democratic and Republican politicians. Even President Trump, who promised to eliminate the federal debt, wants to keep the United States Treasury’s printing presses rolling around the clock to keep the U.S. economy from taking a nose-dive.

The best defense against corrupt, dishonest, lying politicians is gold. It’s time for some serious, honest, nonpartisan talk about how to protect your wealth through the next financial crisis.

Forget all the bravado, the tea party, a club for freedom insistence that the federal debt’s explosion will end up destroying our economic security. When the GOP took over in Washington, it did the same thing the Democrats did. The entire argument about small government and reduced spending was a pile of mule manure; we’re now back on track to increase the federal debt by $1 Trillion a year.

The never-ending trillion-dollar tax cut for the ultra-rich and mega-corporations, Congress rushed through in 2017, not waiting for the Congressional Budget Office (CBO) score on how it would impact the nation’s debt, is now set to create the biggest financial collapse and crisis after the next election. Besides, both the Democrats and Republicans are throwing gasoline on the potential financial crisis by increasing on a bi-partisan basis an additional $320 billion in spending over the next two years and at the same time suspending the federal debt ceiling until after the 2020 presidential election.

So all the celebrating over about new stock market records is the euphoria before the hangover and the bill coming due. Much like it came due in 1929, 1932, 1986, 2000, and delivered the spiraling inflation of the 1970s, then the horror of the great recession of 2008/9. This is why informed investors are starting to buy gold, silver, rare coins, and moving strategically out of paper assets. But governments who were selling their gold reserves in the 1990s are ahead of investors in this switch in their national reserves.

Gold has already broken out in anticipation of the skyrocketing debt, Trump’s insistence that the Federal Reserve cuts interest rates, and to print money as if we’re back in January 2009 financial nightmare, at the same time he’s bragging on how great the economy is doing. Trade tariffs are “double-speak” for what they are import taxes. American’s and domestic businesses buying foreign imported products pay the “tariffs.”

Yes, the trade war with China is hurting their economy ‘big’, but U.S. imports are down more than 30% this year and could drop 40% next year. China’s currency is down 9% this year, and if this trade war continues, it could fall further. The Chinese are already not buying at our treasury auctions. They’re not dumping dollars and still not on a path to devalue their currency, by another 15%, 20% even 25% yet. But this trade war, if it continues, will ignite a currency war.

Both Republicans and Democrats are for putting the screws to the Iranians in one way or another to kill their missile program and sponsorship of terrorism. The sanctions re-imposed by President Trump are giving us all a peek at NOW what our country’s next approaching financial crisis will be like tomorrow.

Iran is facing hyperinflation inflation, a currency that devalued by 60%. In 2018 and could freefall another 60% or more this year. The Iranian economy is shrinking faster than George Costanza’s putz at a pool party. The International Monetary Fund predicts the Iranian economy will shrink by 6% this year.

The danger of the Iranian currency collapsing is driving the country into launching its own sanctioned gold backed cryptocurrency! Our enemies are weaponizing cryptocurrencies.

China, Russia and most of the world has been adding gold reserves, hand over fist, and now has driven gold to 6-year highs, and during the next financial will look a lot more like the financial crisis of the inflationary 1970s when gold rose as much as 700%.

Gold spot spiked to an intraday high of $1,440 last week. We believe gold could easily jump 800% to over $11,000 if those horses’ asses in Washington D.C. continue with their fiscal and economic madness. The consequences of the U.S. Dollar losing its status as the world’s reserve currency, our defaulting or printing our way out of an economic nightmare might well send gold to Bitcoin highs of over $20,000 an ounce.

Bottom line: The U.S. dollar is going to be shattered by our politicians. Be warned.