Was the Fed Too Slow in Its Efforts to Combat Inflation? 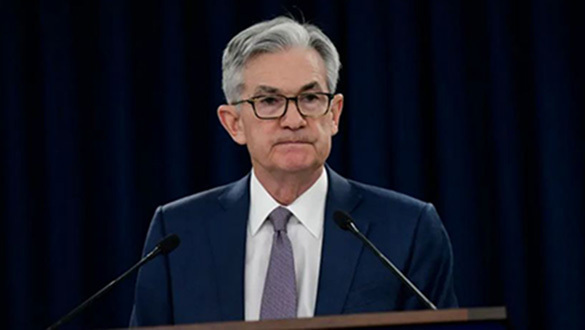 As inflationary pressures mounted last year, some Federal Reserve officials began to recognize that they had been too slow to respond, a delay that forced them to restrain the economy more abruptly in the aftermath — and one that could have implications for the policy course that will be followed in the future.

Since last spring, inflation has picked up speed, but Fed officials and most private-sector forecasts initially anticipated that price increases would be short-lived. It became apparent in the early fall that rapid inflation was proving to be more long-lasting — yet the Fed did not shift its policy toward rapidly reducing policy support until late November, and it did not raise interest rates until the following month.

According to a number of current and former Fed officials, in retrospect, the central bank should have responded more immediately and aggressively last fall. Still, the Fed's approach to making policy and the uncertainty about the future caused it to take longer to react.

The Federal Reserve's broad group of policymakers took some time to agree on how to respond, even as their anxiety increased. Having dealt with low inflation for years, several officials were cautious about trusting that rapidly rising prices would be sustainable in the long term. In addition, the Fed had made explicit commitments to the markets about how it would decrease assistance for the economy, making it more difficult to respond rapidly in the aftermath of the crisis.

According to Randal K. Quarles, the Federal Reserve's vice chair for supervision from 2021 to 2022, "It [the issue] was hard, there was little precedence, and people made mistakes."

He claimed that the Fed should have begun to withdraw support more aggressively after September but did not until the end of the year. The rate rises that central bankers are currently doing, he continued, have the potential to alleviate the current situation if they are correctly implemented.

Still, there may be ramifications from the delay. According to the most recent data, which will be announced on Wednesday, consumer price rises are projected to accelerate. Prices were up 8.5 percent year on year when the Federal Reserve stopped buying bonds entirely and began raising interest rates in March, the highest growth rate since 1981.

In addition, as high prices have persisted, inflation expectations have begun to creep up, posing a threat to alter consumer and company behavior in ways that would exacerbate the problem.

President Biden's approval ratings have declined due to public dissatisfaction with his handling of the economy. Because inflation is eating away at wages and making it more difficult for families to afford groceries and automobiles, it has emerged as a major political issue for him. Mr. Biden described inflation as his "top domestic problem" during remarks at the White House on Tuesday, and he stated that his government was taking steps to keep it under control. Additionally, he refuted Republicans, who had spent months criticizing him for inciting inflation, by claiming that their economic plans were "radical" and would harm working people.

In his speech, Vice President Joe Biden stated that "inflation is a real concern for me," stressing that the Federal Reserve plays a "primary role" in keeping prices from rising too rapidly.

With the economy spiraling out of control, the Federal Reserve is boosting interest rates aggressively. A half-point hike in borrowing prices was announced this month, the largest increase since 2000, and officials warned that two other significant increases were possible in the near future. Beginning next month, they will start to reduce their bond holdings, which total $9 trillion on their books.

It is customary for policymakers to progressively tighten their belts, increasing the likelihood that the economy would be able to adjust without suffering. Policymakers run the danger of slamming the breaks on an accelerating economy if the Fed continues to make quick policy adjustments this year in an attempt to catch up. Such abrupt halts can be detrimental, increasing unemployment and increasing the risk of a recession if they happen too frequently.

The Federal Reserve Board of Governors and several other officials noted that it was easier to determine what the Fed should have done in 2021 after the fact – that it was difficult to predict how long price hikes would endure at the time. A few large products, such as semiconductors and automobiles, which were in limited supply due to supply chain snarls, were the primary sources of inflation at the time of the initial spike. It wasn't until later in the year that it became clear that pricing pressures were spreading to other areas, such as food and rent, as well.

During an interview, Monday, Raphael Bostic, the president of the Federal Reserve Bank of Atlanta, stated, "I try to give some grace and say: in a very uncertain period, with an unprecedented setting, and with no meaningful models to guide us, people are going to do the best they can." The Federal Reserve should stop buying bonds and consider raising interest rates, according to Mr. Bostic, who was among the first to urge this.

A spike in inflation and a rise in unemployment benefits, authorities stated in September, convinced them that price increases were sustainable and that the central bank needed to act quickly. Late in November, Fed chairman Jerome H. Powell changed course in light of the growing body of evidence.

Fed created this problem for far too long: Freeman