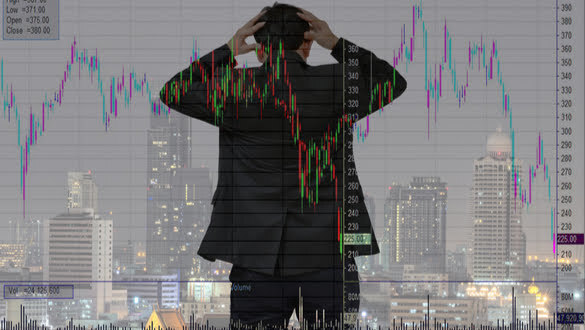 Concerns about increasing inflation and interest rates were the impetus for the sell-off on Wall Street.

As Wall Street continues to reel from a round of selling unlike anything investors have seen in years, stocks fell again on Thursday, with the S&P 500 heading for its sixth consecutive weekly decline and closer to bear market territory.

Following a decline of 1.7% on Wednesday, the S&P 500 had a loss of more than 1% in early trading on Thursday. At the time of this writing the S&P was down .96%. The index was down 4.6% as of the close of trading on Wednesday, putting it on course for its largest weekly fall since at least the beginning of January. In addition, this would mark the sixth weekly decline in a row.

The decline in stock prices was led by technology companies, as it has been for the entirety of this year. The Nasdaq composite index experienced a 2% loss.

This year's sell-off on Wall Street was due to the combination of rising inflation and interest rates that sparked this year's Wall Street sell-off. However, the sell-off has taken on a life of its own as investors view every new data point as a cause for concern. This comes after the S&P 500 rallied 90% in the previous three years.

The most recent wave of selling has also affected cryptocurrencies such as Bitcoin, as well as metals and other raw resources such as copper and oil. These losses are reflective of a deteriorating sentiment throughout financial markets as well as anxiety about the economy in general. In the early trading on Thursday, all of those were moving in the wrong direction.

Because of the dip, the S&P 500 is now on the verge of entering a bear market, which is the phrase used on Wall Street to describe a drop of 20% or more from its most recent top. This moniker is designed to underline just how pessimistic investors have become. As of Wednesday, the index has fallen by 18% from its all-time high on January 3. The Nasdaq Composite has fallen by 29% from its all-time high in November, putting it firmly in the region of bear market territory.

This week's decrease coincides with the publication of new information regarding the rate of inflation in the United States. The government announced on Wednesday that the Consumer Price Index had increased by 8.3% in the year up to April compared to the same period a year earlier, while a measure of prices paid to producers had increased by 11%. Despite the fact that all indicators demonstrated that inflation had decreased significantly from the previous month, it is still uncomfortably high.

The inflation data has a direct impact on how stock investors perceive the Federal Reserve will raise interest rates, and these perceptions are directly influenced by the data. The economy will experience slower growth and less interest in taking on risky ventures as a result of higher borrowing costs.

The gloomy outlook among stock investors isn't likely to improve, according to market analysts, until they have a better idea of when the Federal Reserve will begin to slow the pace of rate hikes. When the Fed meets in June and July, it is widely expected to raise its benchmark rate by another half-percentage point. This won't become obvious until we know for definite that inflation has reached its maximum level.

“The Fed will want to see clearer evidence that inflation is cooling and higher interest rates are slowing demand before they start thinking about the endpoint of the current rate hike cycle,” Bill Adams, the chief economist for Comerica Bank, wrote in a note to clients on Thursday.

S&P 500 Analysis | Does This Signal A Stock Market Crash Or Rebound?